‘Sport’light: From zero investment to 1 Cr, how a Delhi-based startup is identifying potential sports stars 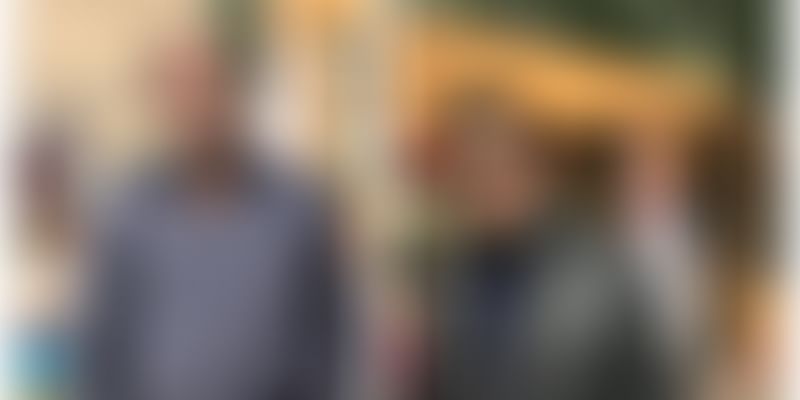 Finally, there is hope for the school-going sports aficionado. Startup SportVolt is providing educational institutions sports training and infrastructure that is state-of-the-art. Today, it has 50 trainers and 10 clients.

The ‘sportlight’ is shining on our illustrious sport stars who are flying the Indian flag high on the global stage today. Be it the rise of Hima Das, or the sprint of India’s very own fastest woman Dutee Chand, or the accolades of Saina Nehwal, Vijender Singh, Sushil Kumar and Abhinav Bindra or the international acclaim of Sania Mirza, Mary Kom, etc - The realm of Indian sports is filled with success stories.

Yet, there is so much more potential that is still untapped, and an ecosystem to harness for the other young aspiring sports lovers. Kshitij Tiwari, 29, Co-founder and CEO of the Delhi-based SportVolt understands this cry for help well. And today, it is his dream to make sports mainstream in India with his startup SportVolt.

Launched in 2016 by father-son duo, Kshitij and Colonel Prakash Tewari, 58, SportVolt provides sports curriculum, trained and affiliated coaches and sports infrastructure to educational institutes. “Our vision is to transform India into a sports superpower, and groom sports persons to international standards and guide an individual towards sports, helping in terms of career and development,” says Kshitij.

What started in 2016 with 18 trainers and one client, 2019 has seen SportVolt equipped for the sporting journey ahead with 50 trainers and 10 clients including Army Public Schools - Delhi and Lucknow, Jindal Public School (Dashrathpuri), All Saints College (Nainital), among others.

After completing his Master's in economics, one day Kshitij casually visited his alma mater Army Public School (APS), Dhaula Kuan in Delhi and realised that though everything had changed with the times, unfortunately, sports was still being conducted in the same manner as it was in his school days. That shocked him. Kshitij felt the sport’s potential in educational institutes is not being leveraged to the maximum.

For instance, APS, Dhaula Kuan boasts a 35-acre sprawling campus, where sports facilities are abundant, yet the school has not had many laurels in grooming sportspersons. “The school did have in-house sports trainers and physical education teachers but with a strength of over 4,000 students, it has not been that successful in producing results,” says Kshitij.

Kshitij, who played state-level football in school says, “Be being a sportsperson myself, I came up with the idea of outsourcing the entire sports ecosystem of the school by providing trainers, equipment, ground maintenance, sport-specific curriculums and managing the entire module.” APS accepted his idea. And SportVolt was on its way to honing sports talent which is indeed the need of the hour in India today.

While launching SportVolt, and initiating its first project at APS, Dhaula Kuan, Kshitij’s father Colonel Prakash Tewari joined in as cofounder and chairman and a friend (who is also a national basketball player), Raghav Sharma became COO. The father and son are also cofounders of an NGO called Saarthi, a hostel for unprivileged girls in Uttarakhand.

Kshitij then went about sprucing APS’ infrastructure - he amped up the sports ecosystem by deploying 18 full-time trainers for eight different sports - football, volleyball, tennis, archery, etc along with new-age equipment and curriculum for each. Kshitij says, “SportVolt’s first venture started with zero investment as the cost of the services was borne by the school. The curriculum at SportVolt is designed with the help of certified sports trainers.” He adds that the startup works on a policy of “one-child-one-game” for schools, which essentially means that each child must play a sport of his or her choice mandatorily, a philosophy that also sets SportVolt apart.

“The operations were initiated in the academic session of 2016-2017 at APS, during this period we groomed close to 20 national players, and another 15 the following year,” he says. The startup has groomed players like National athletics player Tushar Dahiya, and footballer MD Roshan.

Both father and son have a clear goal and a well-defined path in mind. They don’t think about the hurdles, instead, they focus on ways to make sports mainstream in schools. The biggest hurdle they are up against is the “attitude” towards sports in the country. “People think that cricket is the only sports as it gets maximum attention, and hence it is considered as a viable sports career. It takes a lot of hard work to convince schools to invest in athletics and other sports,” Kshitij says.

The company took off on a positive note after the first project. In 2017, SportVolt partnered with a semi-government organisation under the Delhi government - Academy of Sport Science and Research Management (ASSRM) which helps SportVolt access students’ with potential in sports while providing other sports-related infrastructure.

“We have been able to go deeper into the science of designing curriculum, assessment of players and identifying talent,” says Kshitij.

Among SportVolt’s successful projects is on where it was behind 15 students who qualified for state/national tournaments from All Saints College, an all-girls school in Nainital. “We provide services ranging from women trainers, sports equipment, curriculum and physiological sports assessment,” Kshitij adds.

The startup has three streams of business, “Sports outsourcing for schools - where we provide trainers, equipment and performance assessment. Sport science labs - where we provide state-of-the-art equipment to institutes looking to set up sports labs, and infrastructure development - where we build sports infrastructure that meets the benchmark set by international federations of the respective sports for schools and institutions,” Kshitij explains.

Zero to one crore

Starting up with zero investment, SportVolt had a revenue of Rs 60 lakh in the first year itself, and then clocked a turnover of Rs 1.4 crore in FY18. “We groomed 35 national players from APS, Dhaula Kuan. We have set up a one-of-a-kind, state-of-the-art sports lab for the Government of Delhi. In every school we work, we groom an average of six to eight national players a year,” adds the sports-loving CEO.

The father-son duo reveal that they have invested Rs 25 lakh into the venture so far. Kshitij is confident about generating enough revenue to support the business expansion, thus they are not seeking any external funding currently.

The company expects sales of Rs 5 crore this fiscal year, and will turn profitable by FY 2020. Currently offering services in four states, including Haryana, Uttarakhand, Delhi and Punjab, they plan to expand to the North East, Ranchi and Jharkhand by 2021.

These startups are changing the game for sports lovers