[Startup Bharat] With over 10,000 orders a day, Matrix-backed DealShare is capturing Tier II and III India 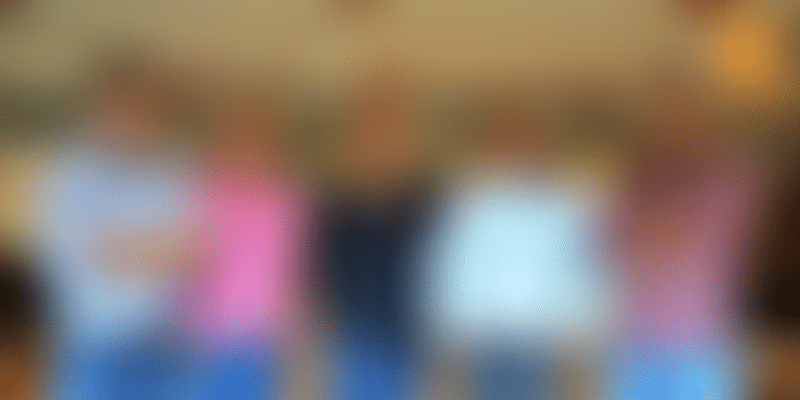 Jaipur-based startup DealShare is a social commerce-based deals platform, which provides discounts on grocery and other daily use items on its app. It has raised $3.4 million from Matrix Partners and other investors.

At a time when ecommerce majors like Flipkart and Amazon are sweeping the country with their deals and festive sales, a social commerce startup from Jaipur is scoring over its bigger counterparts.

It offers deals and discounts on daily-use products such as snacks and other food items including fruits, vegetables, and dry fruits, FMCG products such as lotions, soaps, cleaning liquids, etc., as well as household merchandise such as linen, buckets, and mops.

DealShare, which started with just 20 orders a day, now claims to do more than 10,000 orders per day. The startup has also managed to raise funding from Matrix Partners India, Falcon Edge Capital, and Omidyar Network.

The startup claims to offer cheaper rates than wholesale, and makes purchase extremely easy with just a couple of clicks on the app. Each product available on the app has a deal associated with it. The app has also been made available in English, Hindi, and Gujarati to help regional customers.

“As it’s a social model, one can also share the order links with friends for more discounts and deals. Once the order is received, it gets notified in the warehouse by the order management team and simultaneously a pickup is arranged from the warehouse,” says Vineet.

The startup has also created WhatsApp groups of existing customers to inform them about deals and offers. It has close to 100 WhatsApp groups with more than 15,000 customers getting hourly information on top deals.

With an average of 550 stock keeping units (SKU) across all categories, DealShare delivers about 10,000 orders daily. At present, it has around 150 manufacturers and suppliers, out of which 70 percent are regional or local.

[Startup Bharat] These 6 businesses are keeping innovation alive in Kashmir

Prior to starting up, Vineet spent over a decade at Microsoft in Seattle, building database and cloud products for the enterprise. He was also into consumer/mobile products in the area of AI, including launching the first version of Microsoft’s AI assistant, Cortana.

The startup has a team of 50. DealShare sources the products directly from local manufacturers and suppliers, and every item on the platform is offered at deep discount, with buyers able to gain further price reductions when they engage in group buying with friends and family members.

However, the startup, which scaled rapidly in such a short time, faced many challenges initially when it came to setting up the company and scaling.

Vineet says, firstly there wasn’t a deep understanding of the consumer behaviour since most of the current ecommerce is catering to the upper class of the society.

He says DealShare wanted to cater to the middle and lower-income households, who hold the largest share of consumption in the country, and therefore a lot of time had to be spent with the consumer to understand things.

“Secondly, getting the network of local manufacturers was a challenge because the main aim was to connect the local manufacturers to the consumers. Thirdly, it was hard to get the first set of consumers as the target audience was a completely new set of people, and for the same one-on-one selling had to be done,” says Vineet.

[Startup Bharat] Why these techies quit their jobs in Bengaluru to start Sikkim’s own Ola and U...

Social commerce is fast picking up in India. There is Facebook-backed Meesho, which is focussed on small and medium enterprises and Tier-II and III cities. The total market for ecommerce is said to touch $84 billion by 2021, according to reports.

Since inception, DealShare has raised $3.4 million from Matrix Partners India, Falcon Edge Capital, Omidyar Network, and other angel investors. The startup is in talks for its next round of funding of around $8 to $10 million from potential investors, which will be used to expand to Tier-II and III cities across the country. It also plans to double its revenue every month.

Speaking of their future plans, Vineet says, “DealShare plans to densify its operations further in Rajasthan and Gujarat with presence in all cities with population more than three lakh. It also plans to enter Maharashtra, Delhi-NCR, and Punjab in the next two months, and will be present in almost 100 cities and towns, big and small, in the next six months.”