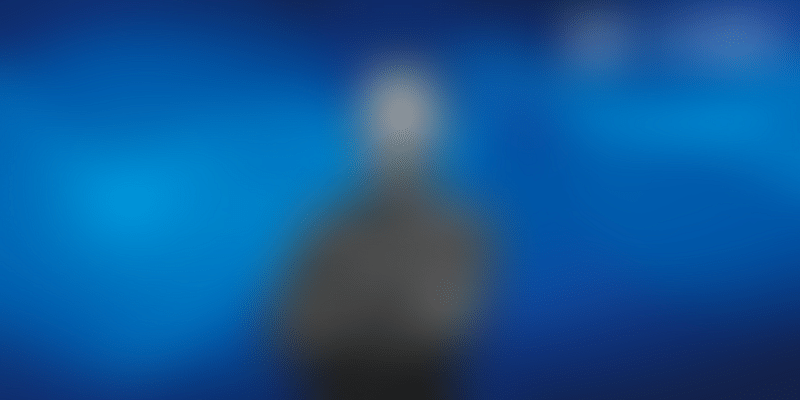 This week on Techie Tuesday, we feature the SVP of Engineering at Freshworks, STS Prasad, who has pushed the boundaries to make software democratic. He’s leading development from the front at the Chennai-based SaaS startup, which may be the first product company from India to go for an IPO.

Knowledge, they say, is power. And 55-year-old STS Prasad, the SVP of Engineering at business software company Freshworks, is a firm believer.

He may look like a philosopher with deep contemplative eyes and a cherubic disposition, but Prasad believes that there’s only one truth to engineering.

“Get your basic mathematics and logic right. Then you can apply any engineering language for any given problem statement with experience and practice,” he says.

Prasad, who graduated from IIT-Madras and went on to work with HCL, Junglee, and Amazon, believes that “practice and persistence alone can make an individual successful”.

YourStory caught up with him at Refresh 19, the flagship event of Freshworks, in Las Vegas, US, recently, where he talked about his journey and his successful tryst with technology.

The journey to IIT

Prasad’s story isn’t limited to one town; his childhood was spent chugging across India as his father is an engineer in Indian Railways.

Born to a family into books and literature, Prasad was prepped with a broader view of the world at home. In the late 70s, he was completely drawn to mathematics. He cleared his Class 12 examination in 1982 from Rishi Valley School in Chittoor, Andhra Pradesh, cracked the IIT entrance, and took the train to Chennai (then Madras).

He recalls that there was “no mad rush” for IITs back then and the “computer science stream was the least in demand”. It was clearly not the pecking order of things in post-independent, pre-liberalisation India. It was a time when chemical engineering and mechanical engineering were the most preferred subjects, and computer science was only available to graduate students.

Prasad’s batch was one of the first to take up the computer science programme in 1982. The computer science undergraduate program became formally available to students at IIT-Madras from 1983. Languages like C and Fortran were taught, and only students who could afford access to computers could learn Applesoft Basic.

“Back then, no one had access to computers. But I was fascinated by the fact that you could programme machines to do human work,” he says.

After graduating from IIT-Madras, Prasad flew to the US to study at windy Wisconsin. He completed his MSc in computer science, graduating in 1988.

“I was just blown away with the exposure; so many programming languages and new technologies. Those days, database technologies were going through a revolution and the world was just waking up to the power of data. Corporations were spending a lot of time and effort creating their own databases,” Prasad says.

The common misconception is that databases are easy to build. But back then, designing and implementing them took a lot of time. Relational database models – where data was stored in rows and columns - began to take precedence over hierarchical and network database models.

Returning to his roots

Back then, it would have been common had Prasad been one of IITians who left the country for good. But he returned to India immediately after his master’s to work for one of India’s premier IT companies, HCL.

Prasad says he was married then, and he and his wife wanted to do something in India. Landing a job was easy as the fledgling IT companies of India were more than eager to hire someone with a master’s degree. Prasad found a place in HCL, and his job description was akin to a long-term science project.

In those days, the likes of Infosys, Wipro, and HCL were building software products.

At HCL, Prasad and his team had to build a relational database from grounds up. HCL called the project “Genesis” and built the entire operating system on Unix. For the next eight years, he was a technical individual contributor and also assumed leadership roles in database storage, indexing, transaction processing, and query optimisation systems. While at HCL, which also had a tie-up with Sybase, he began to hone his skills in Sql engineering, a database language.

From a startup to Amazon

In 1996, life took another turn when Prasad travelled back to Sunnyvale, California, to work with the Founders of Junglee.com,  Venky Harinarayan, Ashish Gupta, Anand Rajaraman, and Rakesh Mathur. His work has been noticed by several in the IT world, and Venky and Anand, his juniors at IIT-Madras, roped him in to be part of the tech team.

‘’There, I built a structured virtual database by crawling information from the early web. It was like an early search engine for job descriptions that morphed into product search on the internet,” Prasad says.

The power of those algorithms led Junglee to be acquired by Amazon in 1998.

At Amazon, he was an architect and technical lead for the Amazon Marketplace where third-party sellers sold used and new books, CDs, and other products through Amazon.com.

This led to the development of Amazon.com's Universal Product Finder, a comprehensive shopping guide of over one million products from over 1,000 merchants. Junglee's web data aggregation technology was enhanced to improve scalability of agent creation and reliability of agent execution, which basically means processing data against a result set. Think of it like a search query executed to several results and recommendations.

Life seemed set for Prasad, but then he caught that biggest of infections from Silicon Valley, a certain bug called 'entrepreneurship'. He felt that “risk taking suddenly becomes a necessity, especially when one is endowed with experience and knowledge”.

By 2001, Silicon Valley was watching the early dotcom success fizzle out and the bubble had buried many an entrepreneur. Swimming against the tide was Prasad, who co-founded Aventeon, an enterprise mobile solutions product that allowed porting data from ERP applications to mobile phones.

This solution gained in power when his team built an access system between a legacy application and a mobile device. “We used GPRS and WAP to cache enterprise data and it was technology that was ahead of its time,” Prasad says.

Aventeon grew organically and went on to raise money in 2004 from 3i, Intel Capital, and TVM. The product was used in the logistics industry and Prasad spent time shuffling between the US (Seattle), India, and Europe to build the product and scale the company. In 2005, he decided that it was time to move on and left his startup.

Prasad, who had by then mastered databases, data clustering, and caching data for mobile applications, found himself involved with another startup, Kosmix.

He led the development of the Muppet (mupd8) real-time stream analytics platform and created the foundation for the Tweetbeat product, detecting events from social media streams. At Kosmix, he again worked for one of Junglee’s Founders, Anand Rajaraman.

Kosmix allowed businesses to categorise the internet into topic pages and created personal dashboards for users. The company was eventually acquired by Walmart in 2011 in a multi-million-dollar deal and became what is today known as Walmart Labs. As VP of Engineering in that company, Prasad scaled the business from 100 members to over 2,000 members.

His advice to young people is that it is imperative to learn new developments in existing technology and that one can adapt to any programming language. He had built Genesis on C, Junglee and Aventeon on Perl, and at Amazon he had to work with Java. He highly recommends Python and GoLang for automation.

The move to Freshworks

By then, Prasad had spent 20 years in the US and was keen to return to India. An introduction to Girish Mathrubootham, the Co-founder of Freshworks, led him to a new calling.

Today, he is responsible for technology development and overseeing infrastructure enhancements to support the growing customer base of Freshworks, which is a bonafide Unicorn with 35,000 paying customers and a customer base of 250,000 businesses. He has 300 engineers reporting to him.

“Today, I have combined my expertise in business and technology. I understand what the customers want and put myself in their shoes,” Prasad says.

He remains extremely focused on ensuring that the Freshworks platform aces the user experience. “Technology is powerful and it should be able to identify what problems can I solve,’’ says Prasad, a firm believer in the fact that practice and hard work trump talent.

That said, he credits his success to his wife, Sharanya, and his four boys who have seen their dad build one business after the other.

Prasad’s career stands testimony to the fact that once the basics are in place, you can jump from infrastructure technology and databases to mobile applications, data science, and automation.

What’s next? Artificial intelligence, for sure. However, Prasad warns people “not to be artificial about their intelligence” and “make your foundation solid”.