[UpClose] From housewives to entrepreneurs: Vidit Aatrey of Meesho on creating an alternative distribution channel 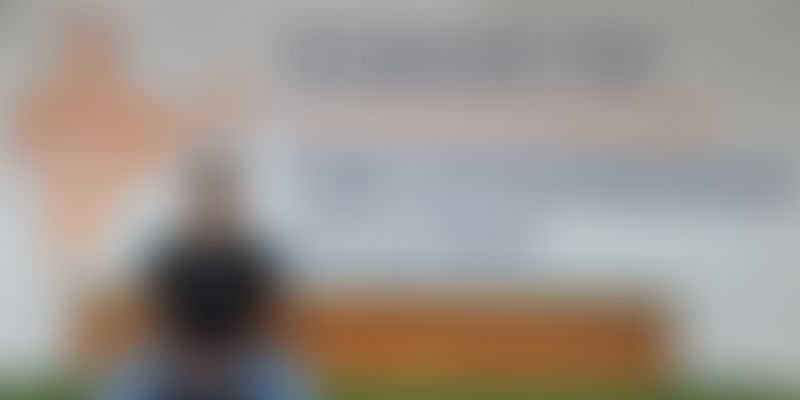 YourStory gets ‘UpClose’ with the movers and shakers of the Indian startup ecosystem. In this episode, Vidit Aatrey, Co-founder, Meesho, talks about the company’s larger focus on solving societal problems and expanding through community building.

Bengaluru-based Meesho, a social commerce platform, was founded by IIT-Delhi alumni Vidit Aatrey and Sanjeev Barnwal in 2015. Meesho, which literally means ‘Meri Shop’ (my shop), provides potential entrepreneurs with a virtual shop, who otherwise would find it difficult to start a business.

In a conversation with YourStory, Vidit says:

“We help people start an online business on Facebook, WhatsApp or Instagram without having them to invest in it”.

Today, Meesho has successfully created an alternate distribution channel by empowering housewives, young mothers, aspiring entrepreneurs, students, and teachers to launch, build, and promote their online business. All of this without any investment - a problem that most people who want to start a business face.

Meesho’s journey started when Vidit and Sanjeev met Anu, a housewife from Whitefield in Bengaluru. Like many other housewives, Anu was running an offline boutique named after her.

“Most boutiques in India run out of business because of making the wrong inventory bet,” Vidit says.

But Anu’s story was different. She was passionate about her business, and to keep moving ahead, she used what was readily available to her - WhatsApp.

What also worked for Anu is that instead of buying the inventory, she connected with suppliers through WhatsApp. These suppliers would send her photographs of the new collection, and Anu curated them to sell on WhatsApp community.

By doing this, she was able to eliminate the risks of buying and stocking inventory. Over time, Meesho replicated this model across the country, and since then, there has been no looking back.

Today, Meesho has two million sellers across 700 towns in India on its platform. In fact, it also provides distribution access to another 20,000 manufacturers through its platform.

And this is perhaps the reason why it caught Facebook’s attention, and became the first Indian company to be backed by the social media giant. An investors’ darling, the startup has raised $215.2 million till now.

Despite being a favourite among investors, Meesho had its own share of ups and downs.

“We spent more than a year raising Series A. Investors initially didn’t believe we could build an ecommerce platform by letting housewives and students start their businesses through WhatsApp and Facebook,” says Vidit.

“A lot of people whom I went to ask for money laughed at me saying this was not possible,” he says. But now, the sentiment has changed because of the scale we have achieved, he adds.

The tables have turned, and Meesho is today backed by some of the most prominent names in the country and across the world including Facebook, Naspers, SAIF Partners, Sequoia, Shunwei Capital, and RPS.

Growing at 50X for the last two years, Meesho is now on a mission to solve a ‘core societal problem’. The startup wants to create 20 million micro-entrepreneurs by 2020.

And Vidit believes that for a product like Meesho, “there is a strong market need - not just in big cities but also the smaller towns of India”.

Today, besides Hindi, the Meesho app is available in more than seven local languages. And about 40 percent of its daily usage comes from the non-English speaking audience.

Unlike the common belief that women's participation in the economy is really small in India, up to 90 percent of Meesho’s customer base is women. The startup wants to empower homemakers who are ambitious about starting their own business.

“Women have been very creative in starting businesses from their homes,” says Vidit.

He recalls an encounter with a woman who once told him she had been requesting her husband for money for the last 20 years to buy products to start a business, but her request was rejected every time. When she discovered Meesho, she told Vidit: “Now I can fulfil my dream of my home-based business without any investment”.

Meesho, thus, is providing an ‘escape route’ to all these homemakers. What started with apparels, Meesho now helps women entrepreneurs sell a range of products including cosmetics, jewellery, accessories, and kitchenware.

“Now, women are also setting up their own travel agency over WhatsApp using our platform,” Vidit says.

Meet the Mavericks: this co-founder and entrepreneur discusses his riskiest bets, handling setb...

This is the reason why Vidit strongly believes that when a product is serving to the needs of Tier II and Tier III cities, it has to be tailored to the target audience’s local taste.

The logic is simple - the kind of saree women wear in Kochi is different from the ones Chennai women sport.

“Our focus for the last two years has been how do we make the product locally relevant,” he says.

Meesho is now looking to hand the product to more such sellers, especially women, who can be potential entrepreneurs.

“A lot of women who come to our platform have a strong intention of doing this (business), but have no idea of how to go about it,” Vidit says.

For that, Meesho is adopting the idea of community mentorship. The top sellers who have been using the platform for some time now, mentor the newer ones. The new sellers, on reaching certain targets, reward their mentors.

Additionally, the top sellers act as ‘quality squad’ to check the quality of new products added to the platform. Thus, Meesho is looking at solving how to get more sellers on its platform - customers who intend to sell on Meesho’s platform but are unaware of the app usage.

Catering to the ‘Bharat’ of India

“A lot of people in India think ‘Bharat’ is a village or a Tier II or Tier III town,” says Vidit.

According to him, Bharat is not a geography but an ‘income segment’, and these income segments exist everywhere in India.

For most of Meesho’s users, the monthly family income is less than Rs 30,000.

Talking about Bharat, he says, we are actually referring to this income segment which is available in every corner of India - irrespective of whether it is a town or a city.

“In the first one year, most of our growth used to happen in the top four metros, but with this income segment,” Vidit says. Once Meesho scaled, they spotted a similar growth even in the Tier II and Tier III cities - from the same income segment.

“Now, we are growing at the same speed both in Bengaluru and Kolhapur, and the behaviour and affordability are very similar in this segment. There are a lot of ‘Bharat’ people even in cities like Bengaluru and Delhi,” he adds.