The art of being a Y Combinator startup: CEO Michael Seibel on misconceptions, timing, success 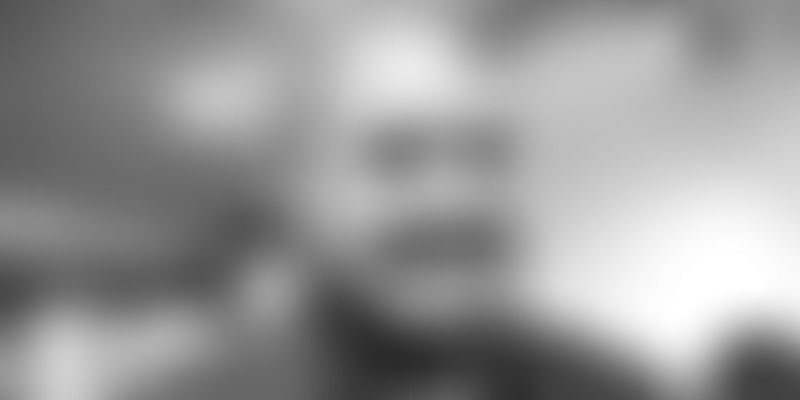 Over the last 14 years, Y Combinator has launched over 2,000 companies, including Dropbox, Airbnb, Stripe, Reddit, and Optimizely. In a candid interview with YourStory, CEO Michael Seibel dispels myths about cracking the YC code and reveals why investment should be thought of like a product.

San Francisco’s Mission Street is the scene of most action. It’s home to the art museums and the funky Salesforce Tower. But, tucked away at #965 in a quaint old building is Y Combinator, better known in startup circles as YC.

Michael Seibel, CEO and Partner at Y Combinator, is an out-and-out “startup guy”. He sold Justin.TV (Twitch) - a video sharing platform - to Amazon for an estimated billion dollars and SocialCam - a mobile video platform - to Autodesk. The former political science student knows the importance of one thing: clarity in anything one sets out to do.

Since 2005, YC has funded 2,000 companies, and these startups have generated over $100 billion in value. Its top companies include Airbnb, Stripe, Dropbox, and Coinbase; well-known Indian investments are ClearTax and Razorpay.

Seibel, who has been steering the company to greater heights since he took over in 2016, talks to YourStory on how the Y Combinator is open to all, how his team looks at every application, and why there’s never the best time to apply to YC.

Here are the edited excerpts from the interview.

YourStory: In India, YC enjoys cult status and seems to be an exclusive club. Why do you think it is a platform for everybody?

Michael Seibel: YC started because we wanted to look beyond conventional wisdom. The core of YC, from the beginning, was to ensure a process that is not dependent on the right things. That process meant that regardless of where you went to school, which country you lived in, who you knew had the money, you could still apply to YC. This model was international from the beginning and open to everyone if they had an idea.

However, we soon realised that a myth had grown around us; that founders of a certain pedigree had to apply because YC was prestigious. But, that is not true. YC is open for everyone. The exclusiveness tag has come in because of the reality that we don't accept many people. That said, there are no prerequisites to apply to YC. You can have nothing and apply; you can have an idea and apply. A lot of people psych themselves out. Remember, it does not cost any money to apply and it is your fault for not trying.

If you get rejected the first time, you can reapply a second time. If your company has shown a lot of progress, it offers a much stronger story and a chance to be picked. Nobody knows what works and we can’t predict the future. You just have to keep trying.

YS: There are rumours about people who help founders crack YC admissions. Is that a misconception you want to address?

The second misconception is that an alumnus knows how he can get you into the YC network. I get so many emails from founders. All answers are in the FAQs on the website, and it is funny that they think they would get a lead by talking to me. I direct them to the website.

But there’s a reason for these misconceptions. Large and powerful funds have websites, and don't tell you how to get in. They are exclusive and don't let you have access to their money. At YC, everything is on the website; we have every incentive to tell you why we want you to come to YC.

People send us YouTube links to their videos and look at the spike in views to measure whether their ideas were looked at. That's not a good way to measure a YC review. I assure them that we have to look at every application to find diamonds in the rough. Every partner personally reads 800 applications.

YS: What types of startups have you seen at YC. How have they succeeded at scale?

MS: People keep asking me about the right time to apply to YC. That makes me think why founders have misconceptions.

Founders want hard and fast rules, but there’s none of that. Some people say you need to have launched when you apply at YC. But at YC, you see everything: a person writing his or her startup's first code to a person earning thousands of dollars a month. You see founders with their first VC cheque to founders who have raised multi-million dollars. There is literally no best time to apply to YC.

Even companies who have been around for eight years can apply. It denotes that entrepreneurs have learnt several things and have finally figured things out. Let us look at a YC company called MatterMost. They started as a game company, which included a chat product inside the game.

Over time, the chat product became better than the game and they are now offering an enterprise-level messaging app. Their competition, Slack, went the SaaS route, but large enterprises and government institutions signed up with MatterMost as they would not use SaaS products.

From the MatterMost experience, we know that some businesses take off right away and others will take several years. So almost everything your friends tell you about the right timing to apply at YC is false.

WeWork versus CoWrks: how two real estate scions are betting big on the co-working space

YS: Investment shops have never really collaborated. Why is that?

MS: Investment shops have not understood how to productise their approach. At YC, we look at the relationship like that of a product. The way we conceived it is that founders will help the company grow and the ecosystem will help everyone to succeed. A batch watches out for all other people in the batch. It is true that very few companies succeed; it could be you or your neighbour in the batch.

One day, you could hire or work for your neighbour. So, founders should look out for each other. Now, investment shops don't offer this relationship with their companies. Think about it: if I have created a product where founders can help each other out, it is a lot easier for companies to succeed.

People pivot during and after the batch. I have seen companies change at YC. Brex Inc went from being a VR company to offering credit card services for small businesses. They built a very valuable business case by helping SMB founders get credit cards faster. It is a perfect example of how people can pivot. The point I am trying to make is that founders should be able to figure out their journey and are cut out to learn as much.

YS: Lastly, what are your thoughts on Indian startups?

MS: India is an important geography for us. I am excited to see Z Nation Lab commit to invest in 100 YC startups from India. They have invested in 16 YC startups so far.

We want to represent entrepreneurs from all over the world. I can assure you that each and every idea gets looked at YC and entrepreneurs can apply to us as many times as possible as the business grows and matures. If they do not get picked the first time, they have a higher chance of getting picked the second time around.