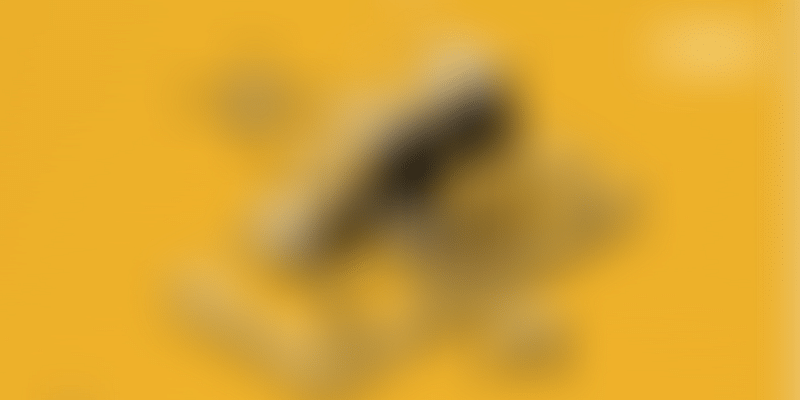 ClickPost may not be your conventional logistics startup. It is, in fact, a pure software-as-a-service (SaaS) company, but with a niche focus: logistics.

“We tried to build a courier service aggregator, did first-mile and last-mile tracking, and a few other things,” Naman, Co-founder and CEO of ClickPost, tells YourStory.

“Prashant [co-founder] also had an intra-city mini truck venture which he sold off to LetsTransport. In those two years, we realised that everyone we worked with was interested in the technology we were using,” he says.

That led to an epiphany for the founders.

And in 2017, an almost “internal need” drove ClickPost to pivot into its current form, a logistics intelligence platform for ecommerce businesses.

Or, to put it simply, a SaaS solution that helps automate, track and optimise logistics, shipping, and the end-to-end supply chain.

6X growth in a year

Since the pivot, ClickPost claims to be growing at a rate of 600 percent year on year, and has serviced 14.5 million end customers. The startup processes eight million shipments on its platform every month.

It has integrated with over 100 logistics partners, including FedEx, DTDC, Blue Dart, XpressBees, India Post, Shadowfax, etc. and has reduced returns to origin (RTO) — one of the biggest problems plaguing ecommerce — rates by 25 percent.

Some of its top customers include Nykaa, Hopscotch, PharmEasy, OPPO, and various other ecommerce sellers and mobile phone manufacturers.

Without divulging specifics, Naman claims that ClickPost has grown 6X in the last one year alone. “In the last three to four months, we’ve grown 70 percent,” he says.

The startup further states that it broke even within six months of launch and has been profitable since.

In the last one month leading up to the festive season, orders reaching 22,435 unique pincodes in the country were tracked on the ClickPost platform. This included more than two million shipments to metros, and Tier II and III towns.

“Ecommerce is our main focus, but we have also started looking outside this industry now,” Naman shares. “We are also working with traditional offline retailers to help them manage their entire warehouse-to-store supply chain,” he says.

How Autoplant System is bringing IoT and predictive analytics to logistics and supply chain man...

The platform offers a single API that integrates with all vendors and courier services, and allows the ecommerce firm to maintain an automated communication channel with the end customer. This not only increases transparency and improves the after-sales service but also helps arrest revenue leakages in the shipment cycle.

“We’re trying to stitch the broken supply chain, which results in billions of dollars in annual losses for ecommerce companies. We offer our clients a single-window visibility from the moment a shipment leaves the warehouse till the time the customer receives it. We also provide them failed delivery intelligence in cases when area codes don’t match or the customer doesn’t accept the order.”

This is in addition to spending several billions of dollars in shipping (which includes product sorting, labelling, packaging, and last-mile delivery.) Research estimates that the average cost to fulfil an order is 70 percent of the average order value.

Even Amazon, the gold standard in ecommerce, spends close to $30 billion on shipping every year. Its recent quarterly results indicated that shipping costs had surged a massive 36 percent in Q3, eating into its profits.

“Amazon is known to offer the best customer experience in the market. But, it has its own shipping and tracking platform. We’re helping other ecommerce providers to offer their customers an Amazon-like experience.”

ClickPost earns a platform fee as well as a shipment fee from clients.

While the startup spent its first two years in product development, it plans to spend the next “18 to 24 months” in expanding and growing fast.

ClickPost has launched operations in the Middle East, and will reach Southeast Asia too. The startup also operates an office in San Francisco in the heart of Silicon Valley.

But, the 18-member startup has raised $250,000 in funding from Times Internet and a few undisclosed investors to fuel its international expansion.

Naman signs off by saying, “The logistics opportunity is huge. India itself is a $200 billion market. And, we are the largest independent platform for logistics management.”

TechSparks 2019: How India's deep tech ecosystem is impacting every sector, from dairy to defen...