This Gurugram startup is providing licensing solutions to brands, entrepreneurs looking to scale 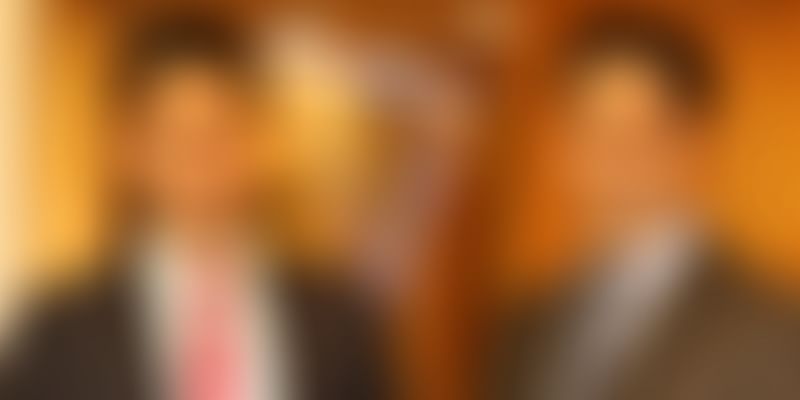 Gurugram startup Licenseworks has worked with 100 companies. Last year, it helped clients collectively rope in licensing revenue of over $70 million.

Sometimes, a challenge of one business becomes a profitable idea for another. And such is the story of two college friends - Rishabh Singla and Pranav Anand - who initially wanted to start an electronics company, and instead started a brand licensing startup.

After seeing their friends struggle to scale brands they had launched, and who were also finding it tough to grow and sustain their brands against the already established ones, the duo got the idea to start LicenseWorks.

Started in 2011, the Gurugram startup provides licensing solutions to brands and entrepreneurs who are looking to grow their business in India.

“We help brands to enter the Indian market or expand their business in India into new product categories through strategic partnerships with leading Indian companies,” says Pranav.

Brand licensing is basically renting the brand to an industry manufacturer or retailer. It is a legal process where a brand owner allows other businesses to use the brand to promote their own products in the market.

The company claims to have worked with more than 100 companies till now, and has helped companies like Black & Decker, Stanley, Dewalt, Thomson, Blaupunkt, Elle, Elle Decor, Harvard, Ironman (triathlon), Santa Barbara Polo and Racquet Club to find licensors in India.

Rishabh and Pranav studied together at Punjab Engineering College in Chandigarh. After completing engineering, the duo went to pursue an MBA in different colleges, which landed them a corporate career.

The co-founders come with about 20 years of work experience. Rishabh has considerable experience in areas such as business development, marketing, channel development, and brand licensing, and has worked with companies like Nokia and Tata Motors. Pranav has worked in the areas of consulting and brand licensing across industries such as retail and FMCG amongst others.

Bitten by the entrepreneurial bug, the duo decided to quit their jobs and start a company together.

“While we were weighing our odds, we happened to stumble upon a news article that talked about the concept of ‘brand licensing’. We read up and realised how great this business model could be for India. We were confident of how brand licensing could really speed up the journey of Indian entrepreneurs who could partner with well-known brands and extend it into a new category,” says Pranav.

However, LicenseWorks was not their first idea. “Before jumping into brand licensing, we planned to launch a brand of our own in electronics, which eventually gave birth to the idea of helping brands with licensing,” says Pranav.

The co-founders explain that brand licensing is a disruptive business model that allows a manufacturer, distributor or a retailer to acquire the rights of a well-known brand, and develop and sell approved products under that brand name across various distribution channels.

“We put together such partnerships between the brand owners (licensors) and entrepreneurs (licensees),” explains Pranav. This enables them to launch quality products, build distribution, compete against other established brands, and scale up business very rapidly, he adds.

Pranav says, a new name or brand in a crowded market like India can take decades to rise to the top in its category. “Brand licensing allows one to borrow the name of a well-known brand, and extend it into a new category, and be able to achieve great results in a shorter span of time,” he added.

“This has proved to be a turning point for SPPL. After acquiring licence from Thomson, they have rapidly grown their business and increased their manufacturing capability by almost seven times, and is now one of the top TV brands in the ecommerce channel,” says Pranav.

Similarly, LicenseWorks also helped Envent to partner with German brand Blaupunkt to launch their audio products in India. “Within the first year itself, the company doubled its turnover with the help of this licensing partnership,” says Pranav.

The biggest success in the field of licensing is Disney, which was started in the 1930s. Back then, licensing was mostly a matter of putting a character or logo on a product, and selling it. But, today, it has evolved from a mere ‘label slapping’ to a much more sophisticated process as brand extensions through licensing must stay relevant to the essence of the brand.

The co-founders claim the global licensing industry is estimated at over $270 billion annually with prominent corporate brands across fashion, FMCG, electronics, automobile, and sports industries including General Motors, Electrolux, Caterpillar, Hershey’s, Ralph Lauren, Whirlpool, HEAD, Stanley and Black & Decker being quite active in this business.

“The US is the largest market for licensing. India is not even two percent of the global market for brand licensing. However, the changing retail environment and growing awareness around brand licensing has resulted in a significant increase in licensing activity in India in the recent times. India and China are now regarded the fastest growing markets for licensing worldwide,” says Rishabh.

To being with, Pranav and Rishabh invested Rs 25 lakh from their savings, and they later raised an additional Rs 50 lakh from friends and family to support the business expansion.

Today, the startup claims to have worked with 100 companies. “In the last year itself, we helped our clients collectively rope in licensing revenue of over $70 million,” says Pranav. The co-founder, however, refused to share their revenues, but said that it is growing at 20 percent year-on-year. The company's business model is to get a fee for its services by the client, that is the the brand owners.

Pranav says since the bootstrapped company is profitable, they are not looking at any external funding at present.

While the company will continue to focus on bringing more Western brands into India at the same time, Pranav says they are also starting to work with a very select set of reputed Indian brands to help them grow into new product categories using the brand licensing model.

“This will enable these brands to go beyond their core business, reach new consumers, expand retail penetration, generate incremental revenue, and protect their trademark as well,” says Pranav.