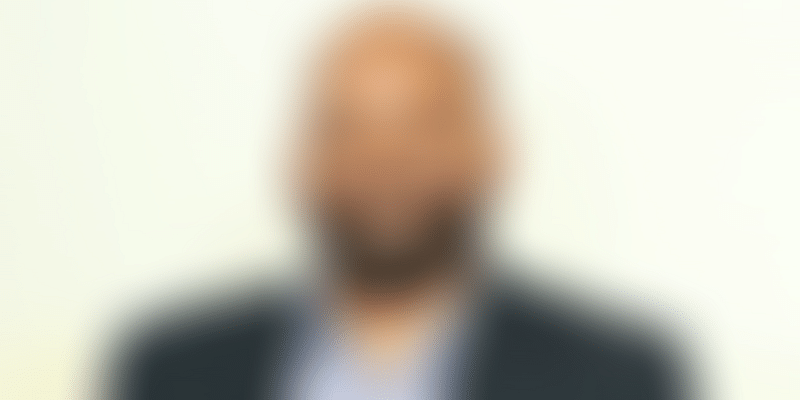 When Satya Kalyan Yerramsetti completed his mechanical engineering degree in 1996, all he dreamt of was going to the United States, complete his masters’ degree, get a corporate job, get married without taking a dowry and settle down. But fate had other plans for him. His visa was rejected, and he went to Australia instead to pursue a master’s degree in Business Management. It was around this time that the telecom sector was booming, and Satya was bitten by the entrepreneurial bug and decided to start a company. “Earlier, if you had money, you could build a business and make more money. But now, if you have the willpower and a good idea, you can build a global company,” says the Founder and CEO of Telebu Communications.

In 1998, he returned to India to embark on his entrepreneurial journey and started A2ZExams.com, an online examination portal, which he had to shut down after a period of two years. He then ran operations for a UK-based telecom company and managed 40 developers for two years.

It was during this time that he learnt how messages could be sent to thousands of people from a laptop to phone. By 2003, the entrepreneurial bug bit again, and he decided to quit his job and start SMSCountry Networks, a leading SMS gateway service provider of personalised and customised bulk SMS solutions, with direct connectivity to major telecom operators.

Grasping the seed of success in every failure

Like every entrepreneur, Satya had his fair share of challenges while starting up – hiring the right talent, funding, getting the right product to the market and so on. But these evolved over time. They were growing really fast and in 2007, he launched the SMS service 160by2. In four years, they were managing 8 million messages per day.

But 2011 brought bad news, when Telecom Regulatory Authority of India (TRAI) implemented regulations, which resulted in their message volume dip to 7 lakhs per day. They had a strong 700-people team in 40 offices in India, but within a matter of two months, they had to scale down to one office. Satya visited each branch to explain to the teams why they needed to let them go. “It was quite a gruelling process, but we wanted to do it in the most humane way possible, by talking to them directly instead of just sending a mail. The core value of our company lies in being transparent with our problems,” he says.

Although this was a tough time for the company and especially the founder, he says that tough times will always make you better. “Failure is inevitable, but there’s a seed of success in every failure. You need to keep innovating and become stronger through each failure.”

Even though they started as an SMS company, over the years, they kept evolving, adding new products to their portfolio. With products across voice, chat, video, APIs and SDKs, today they are a UCaaS company, offering a complete range of communication software for businesses.

In 2015, they launched grptalk, a dial-out audio conferencing app that connects 10,000 people in under a minute. With the easy-to-use web interface, everyone receives incoming calls on time. You can assign admin rights and there's assured audio clarity with no dependence on the internet, as all calls are transmitted over mobile networks and landlines. You can use it for operational calls, conduct real-time training with 100+ participants, phone interviews with automated SMS alerts for prospects, town hall meetings with live Q&A sessions and more.

In 2017, they launched Press3, a cloud-hosted contact centre software that replaced all physical systems and changed the way customers interact with companies and vice-versa.

The name SMSCountry soon became a misnomer, as it neither represented their product capabilities nor resonated with their core expertise. In 2018, they decided to change that perception and rebranded SMSCountry to 'Telebu Communications'. 'Tele' stands for telecommunications and 'Bu' stands for business.

Standing out from the crowd

Telebu has many competitors including Skype, Slack, and Zoom, among others, vying for top spot in the audio-conferencing space. But they are in the communication and collaborative space, and the interdependency of each of their products is their strength. “With AI and ML coming in, the way customers interact with businesses is changing. We want to be that route to change for both Indian and global enterprises,” says Satya.

They have a total of 7,065 clients in the Indian market which include Kotak General Insurance, Hyundai Motors, Cafe Coffee Day, Isha Foundation, Dr Reddys Foundation, among others in the Indian market. Dr Reddys Foundation needed a low-cost conferencing solution to communicate with area heads across the country and grptalk not only helped them reduce communication times by almost 50 percent, but also eliminated the CAPEX on equipment. Similarly, Heritage Dairy needed a mass conferencing tool that wasn’t internet-dependent, as many distributors were located in remote villages. As grptalk conference members don’t need internet connectivity to connect calls, information about milk delivery, production and other updates were communicated faster, resulting in a visible increase in efficiency of milk distribution across remote areas. Kolkata Police is also using grptalk to discuss crisis management strategies, new government policies, latest, daily welfare check, and streamline criminal proceedings.

Telebu has also been present in the Middle Eastern market for the past 12 years.

Driven by a culture of innovation

At Telebu, culture fitment comes before skill fitment. They believe that you can always train a person to do their job, but it is much more difficult to teach a person to share your organisation’s core values. "When it comes to hiring, we look for people that fit our organisational culture. If people shares our values, we can always teach them the job skills," says Satya. This has resulted in increased team productivity, more cohesiveness and higher employee longevity within the organisation.

They also believe that they need to disrupt their own business, before someone else disrupts them. They constantly listen to their customers’ feedback to brainstorm, innovate and improve their products. “Some of the features you see are based on customer feedback. Their feedback is our problem statement,” he says.

Even though they are not a startup, they think like one. Infact, he says that at the rate at which they are growing, a scaleup is what suits them. He loves what’s happening around the startup ecosystem and says that there’s a vibrant opportunity today to merge with similar startups and solve problems. He’s excited about Artificial Intelligence, and how quickly it can solve problems, reduce wait times and cost. Telebu is an avid user of AI when it comes to building chatbots as a service.

The road ahead for Telebu

Telebu’s vision is defined by a commitment to innovate continuously. And, among other products, they are working on a conversation-based sales and marketing application called ‘TelebuPop’, and a cloud-based video conferencing and collaborating platform called ‘TelebuJoin’.

Today, they are a 550-member strong team with the main office in Hyderabad, and several branches around India and the Middle East. With all the progress they have made, they are still hungry for more. “We’ve identified our customers and have a strong presence in India and the Middle East now. Our next step is to make product changes and take Telebu to the United States and other countries,” says Satya.