TechSparks 2019: Innovation happens when you fail, fail, fail, and then succeed, says Naveen Tewari, Founder and CEO of InMobi 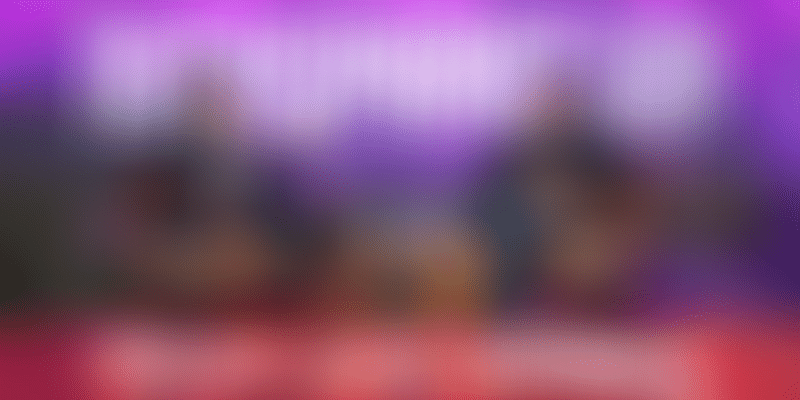 Speaking at YourStory's flagship event TechSparks, Naveen Tewari, the Founder and CEO of InMobi, said we have to learn to promote failures for startups to innovate.

The words 'unicorn' and ‘valuation’ may be gaining a lot of attention in the startup world, but Naveen Tewari, Founder and CEO of InMobi, India’s first unicorn, says the real pursuit should be 'free cash flow,' and hopes InMobi can inspire hundreds of Indian entrepreneurs to build solutions from here for the world.

While achieving unicorn status is obviously a milestone to pursue, what really matters, at the end of the day, is free cash flow, Naveen told entrepreneurs, while speaking at YourStory's flagship TechSparks event.

For the IIT-Kanpur and Harvard Business School graduate, who built InMobi into a globally recognised company from India, his long-term mission is to demonstrate by 2025 that "you can create a global technology company from India for the world as we will be a massive company by then."

His hope is that this will energise entrepreneurs in India to create innovative solutions from here for the world, adding that many of the problems we have in the country cannot be solved by global players coming in. Indian entrepreneurs need to solve them, he said, while noting that around 60 startups have come out of InMobi so far, and "we should be able to support 500 startups by 2025".

Today, InMobi has disrupted advertising on mobile devices, and has taken the world of marketing, Artificial Intelligence (AI), and media by storm, making headlines when Japan’s SoftBank invested $200 million in it.

Speaking about InMobi’s success, Naveen said technology-led innovation is the cornerstone of the company.

"If you create good technology, then it will be global, which ensures access to a much larger market. The key reason for InMobi’s success is creating a culture of innovation in the company," he added.

But getting to the top wasn't easy, says Naveen.

Indeed, to create a culture of innovation, failures must also be promoted, says Naveen.

“We have to learn to promote failures. If people or innovators in the company are failing, they should not be out of the company. You can't keep people out because they are trying to push themselves to do things which are very different. Creating innovation is actually hard,” he said.

Naveen recalled that when InMobi was going through a rough patch for 18-24 months a couple of years ago, all it did was stay true to the products and innovate.

"The solution happens only during the downsides, and so, it's a blessing in disguise. I say this like four years later, but all the things we have today is because of our downtime, as we have just focused on delivering value to the customers," he said.

The company recently released its new mobile-first platform, Glance, a lock-screen mobile-first service that is revolutionising the way India consumes content. With Glance, each time you glance at your mobile phone, the Android lock-screen service shows you high-quality and short-form content that’s sure to grab your attention.

"We now have 60 million MAU on Glance, more than Instagram" says Naveen Tewari (@NaveenTewari), Founder & CEO, @InMobi while talking about @glancescreen and how the company came up with this idea. #tsparks pic.twitter.com/jI3Lbdl7kd

Glance currently has 60 million DAU (daily active users), which is more than Instagram, Naveen said. The company recently closed a $45 million deal with Mithril Capital. The startup is now looking at half a billion DAUs in the next 36 months. He also emphasised that more than DAUs, retention is important.

Naveen believes that 'true mistakes' are only those where you repeat a mistake; the rest, he says, are all learnings.

Some of the key learnings for this maverick has been: 1) never to go to the market with half-baked products and 2) not try to do everything in-house, rather than acquiring a company.

“(Initially) we were too internally focused, but the reality is that you cannot do those things just by yourself. There is a lot of focus, talent, and time. So, we do a lot of acquisitions, and are constantly acquiring companies,” he said.

"The flip side is that you should not repeat the mistakes. Entrepreneurship is like going to uncharted territories, whether mines or gutters, you don't know. But, if you keep falling in the same gutter every day, then you're stupid,” he said.