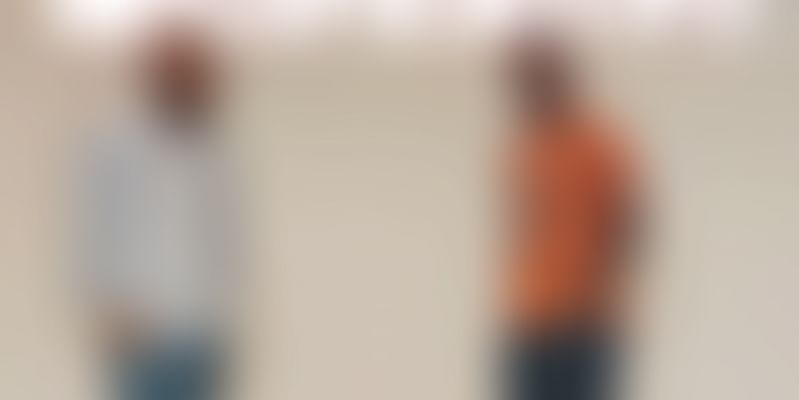 Founded by Aghin Johnson, Socialmob makes for more direct connects and networking between artists and fans. It also gives people a chance to support the indie music industry directly.

When Aghin Johnson started Socialmob in 2013, his idea was to create a social networking app that would help a music-lover meet other aficionados based on their tastes. Initially, the app integrated features for independent music, a magazine, podcasts, and networking – the usual mix for socialising in the current digital era.

But, while sourcing and putting together the music for this initial idea, Aghin and his team understood just how decentralised the music industry is, and discovered some amazing, hitherto-unknown artists. They decided to focus on developing an exclusive social network and a community around music.

“The famous keep on getting famous, but there are those who are just as talented and don’t get to see the limelight for some reason or the other. We wanted to solve this problem by providing these deserving artists with a platform that would directly connect them with users, and that has music made only by independent artists from across the world. There is no better time for a product such as this. The changes seen in the indie music industry are quite dynamic and rapid, and it all makes sense for what we do,” says 33-year-old Aghin.

The Kochi-based digital platform supports independent artists and podcasters from across the world by streaming their productions. It goes beyond the usual music streaming with a social networking platform that makes for thriving user interactions. By having artists and their listeners connect more directly and network, it also gives fans a chance to support the independent music industry directly.

How Gurugram-based startup Skillbox is providing struggling artists with a platform to find suc...

Becoming an entrepreneur in this space wasn’t an accidental choice for Aghin. An MBA graduate from the PSG Institute of Management and Technology, Coimbatore, he worked in logistics for about seven years. But, music had always been a passion and a huge part of Aghin’s life. This connection pushed him to take a deeper look at the industry. For many years now, he has been talking to artists behind the stage and trying to understand their pain points.

Aghin recounts that when he decided to venture into the digital music space with Socialmob, people ridiculed his efforts, saying no one would pay for music when pirated music was easily available on torrent sites.

The ideation for the platform started in 2013. A whole lot of research went into deciding which platform to use, and what the final product would be and what it would look like. After multiple beta launches, in April 2018, the team launched the complete product on Google Play Store.

The founding team includes Siraj EA (28), who joined Socialmob straight out of college, and is the CTO of the company. Today, the platform is powered by a team of 15.

Aghin is proud of the fact that his startup has come a long way. The startup claims to have organically acquired 25,000 users to tune in to the platform till date, with 5,000 being active users. The platform currently houses 10,000 artists from across the globe, and over 100 hours of podcasts.

Numbers and Socialmob’s position on the charts

According to Statista, the total revenue in the Indian digital music segment was $235 million in 2019. It is expected to record an annual growth rate of 1.2 percent, resulting in a market volume of $246 million by 2023.

Although there are various music streaming platforms and social networking sites in India, Aghin claims Socialmob integrates the world's first music-networking model, or ‘Social Music’, as he calls it. Expanding on the USP, he says,

“Firstly, we are the world’s first social music platform, where the primary common element that connects people is their shared tastes in music, without the focus being on other factors. Secondly, we are an indie-specific music platform, which means we only have music made by independent artists, in a bid to support them. Thirdly, there is no other Indian music discovery platform for independent artists as of today.”

The startup, which has been bootstrapped from the beginning, is now looking at advertisements to monetise the platform. The team also has plans for a subscription model, an ‘unlock feature’ model, and other revenue streams, which will come into place in the next three months.

Tuning up for the future

Currently, the product is available on Play Store, but the team intends to expand its offering into the online and offline spaces. The web app will be launched by next month, which will be followed by an iOS version, Aghin shares, adding,

“Since this is a hugely people-centric product, we feel an offline existence just has to be there. Offline service is another vision that we have, because at the end of the day, your network cannot be just sitting behind their phones. They should be able to actually meet offline for an even greater connection, and we are planning to get them there after having them connect virtually, which is the easiest way to meet people these days.”

The team plans to conduct and market community gatherings, open mikes, etc., where independent artists can perform. It has already started pilot sessions for these in Kochi, and plans to take it to other cities soon.

Going ahead, Socialmob also plans to align with growth partners and more regional artists to feature them on the platform. “We want Socialmob to be a name that is recognised all over. We aim to expand our base into multiple regional and international markets and to cross language barriers,” shares Aghin.