The Tamil Nadu story takes a look at why the state leads the way in entrepreneurship, investment and industrial growth 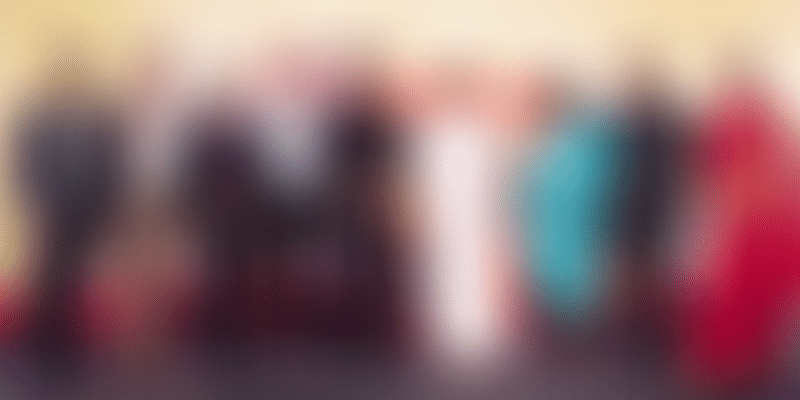 The recently organised Tamil Nadu Story from YourStory took a comprehensive look at why Tamil Nadu was a favoured destination for businesses and how successful brands from the state and beyond had evolved to keep pace with the changing times.

The conference brought together successful entrepreneurs and business leaders to discuss and deliberate on issues that need to be tackled to scale up in the right way and focused on aspects such as marketing, HR, technology, and finances. The parameters of Tamil Nadu’s industrial growth and the policies which fuelled it were also discussed.

The day began with an informative workshop for startups by Zoho on ‘Adopting Technology as you set up, start off and scale up your business – Why, When and How?’

The speaker sessions began on an optimistic note with Rajendran Dandapani, Director of Engineering of Zoho Corporation, who spoke about Tamil Nadu’s statistics in relation to health, economy, education and the happiness index. He also commended the work done by earlier governments on education, social justice and English education.

Next on the agenda was a panel discussion on ‘Key to Entrepreneurship Success in TN-What’s Next?’ The panellists who participated were Rati Shetty- Co-founder of Bank Bazaar, Shajeevana - Additional Director - EDII (TN), Sivarajah Ramanathan - Founder & CEO - Native Leads, Manikandan, Director Kindle -Amazon, Sridhar from Great Lakes Institute of Management and Kuppulakshmi, Global Head for Startups, Zoho. The discussion was moderated by Balachander, Founder of WASSUP Laundry. Rati spoke about the improvement in finance and credit facilities in Tamil Nadu and India as a whole. She also commended the paperless journey that the state has embarked on. There was a consensus among the panellists that people are ready to buy products if they bring value. They also discussed the need to impart skills to graduates which would bring out the best in them.

CK Kumaravel, Co-Founder of Naturals, received a rousing reception when he came on stage to speak about the need for big companies to support smaller companies in areas other than investment. He also called upon the youth to dream big.

A discussion on Industrial Growth was moderated by GV Anand Bhushan, Partner - Shardul Amarchand Mangaldas where Vikram Cotah, CEO - GRT Hotels reminisced about the early days of the hospitality chain which started in 1996. “It was a 3-star hotel then and a 5-star product,” Vikram said. Anusha Ravi, CEO - Park Group of Institutions and Founder of DoAram & Resorts spoke of the available schemes to drive growth and said that they had reposed their faith in today’s students to take India forward. Srinivasa Raja, Managing Director of Adyar Ananda Bhavan or A2B, spoke fondly of the chain which started in Chennai in the 1980s and also highlighted how they worked to accommodate the changing tastes of people over the decades.

Suhail Sattar, Co-founder of Basics Hasbro Clothing Ltd, also remembered their early days and shared how they built a rapport with their consumers. He spoke about the need for innovation and adaptation, especially now that they had over 1,000 outlets across India. Suhail also mentioned the importance of being humble and choosing the right man for the right job. Srini V, Director and Partner of Peepul Capital, spoke on the need for availing venture capital at the right time, keeping in mind the responsibilities that came with these funds.

Shri. M.C.Sampath, Minister of Industrial Department, Government of Tamil Nadu was also present on the occasion and was felicitated. Mr. Sampath touched upon the evolution of the state’s industrial policy. Taking pride in the fact that Tamil Nadu had recorded the second-highest growth rate in India, he spoke about new policies in the fields of bio-technology, aerospace, IT (revised), electric vehicle, online business facilitation and many others which were propelling this growth. Mr. Sampath highlighted the advantages which Tamil Nadu has enjoyed over the years, from logistics, ports that are available and an uninterrupted electricity supply. He had also touched upon the case-to-case incentive available from the government.

The minister also presented awards on the occasion. The recipients were:

Other award winners included Pratik Shah, CEO of Specsmakers and Sangeetha Balasubramaniam, Founder of Digi Corp, who received the Rising Entrepreneur Award, and Abhinash of EDII and Priya Mohan from IIT Madras who received the Ecosystem Enabler Award.

On the occasion the DoAram.com platform was launched by Anusha Ravi along with Balasubramaniam of Black Board, Sunil Kumar of the World Bank, Veena Kumaravel of Naturals, and Kuppulakshmi of Zoho. Karthik, the Chief Strategy Officer of DoAram.com, shared how corporates, individuals and NGOs can benefit from the platform.

During a discussion on why TN is the favourite investment destination and how can it be improved, speakers mentioned the fact that the state recorded the second-highest growth in India and the third highest GDP for an Indian state. Anthony Lobo – Honorary Consul of Spain, also commended the availability of educated manpower and also lauded the state for using English as a standard form of communication which makes it a favourable business destination. The speakers also highlighted that TN was the first state to bring about an e-waste policy.

The event also had a startup arena, curated by SPI Edge, which provided a platform for cutting-edge and innovative startups to showcase their solutions.