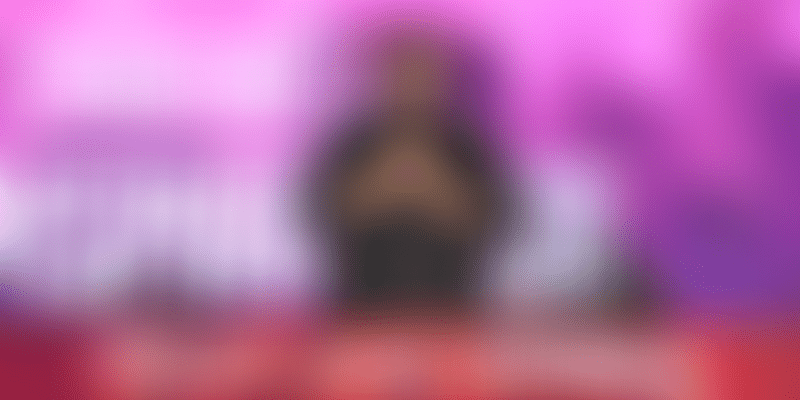 Wrapping up the 10th edition of YourStory's TechSparks, illustrious entrepreneur Kunal Shah, Founder of Cred and Freecharge, spoke about VCs, raising funding, the similarities between relationships and investments, and more.

The internet is your permanent record. And what you post online not only affects you and your immediate circle of people, but can also affect an entrepreneur’s quest for funding, said Kunal Shah, Founder and CEO of Cred, as he delivered the closing keynote at TechSparks 2019, YourStory’s annual flagship event.

In the most fitting end to the 10th edition of India’s most-loved and largest startup and tech conference, the illustrious entrepreneur and investor broke down what VCs want, the secret to funding, and what startups must not do. His talk, which was sprinkled with witty one-liners, bold statements, and seemingly unintentional humour, was followed by eager participation from an enthusiastic audience in a packed hall.

"It (investing) is a very hard job. It is very easy to be on the other side and say 'what kind of companies are investors picking' because in our eyes, our company is the best," Kunal said.

Over the years, Kunal has invested in a lot of startups and has also spent some time at Y Combinator and Sequoia. The key to raising funds, Kunal says, is to understand what the other party wants - just like one has to do in a relationship.

"We often confuse what people want and end up doing our thing, hoping that somebody will pay attention or probably will give us money, but it does not happen because we have not taken the time to understand what they want,” he said.

Understand what the other side wants

Kunal joked that we are highly influenced by Bollywood's version of 'romance' and think that just by asking a person the same question 500 times, we can turn a 'no' to a 'yes'.

"Writing to 500 venture capitalists, tagging them on Twitter, and sending them emails is not going to get you attention. It is wrong to think people get funded because they pitch," he said.

He highlighted that most investments are already done in a VC's mind even before a pitch. "They have done their homework on you. They are only meeting you to be really sure that you are someone who will add value" he said. The serial entrepreneur and investor added that he had raised most of his funds without a single presentation.

“The point is that if you do enough research and understand what the opposite party wants, you will probably do a good job,” Kunal said .

Speaking of rejections, he advised entrepreneurs to stop taking out frustrations on social media when they don’t get funding and to understand the VC’s perspective.

"The classic mistake I see founders make when they get rejected is to go on social media and talk shit about the companies and founders who have raised money," he said.

The problem? Everything you do on social media stays there. Meaning that tomorrow when you do go to raise money and an investor decides to check your online behaviour, they will see that you made fun of your peers, and of investors.

"If you believe that they are not doing well, you can write a informed blog about what is wrong in the business and what could be done. But if you play the game of ridiculing just to feel good about yourself, it's the worst kind of fuel to get," he said.

Why did all laundry startups die?

The one word answer would be bais (domestic help), a better option than a laundry startup for most of India.

If you were given a choice between product, team, and market, which one would you invest in? Kunal said that the right starting point would always be the market.

Eventually, every entrepreneur moves to a larger market, he said.

Drawing more parallels between relationships and investments, the entrepreneur and investor recalled all the times he has been approached with a request for funding - without a pitch or any details whatsoever, similar to the contents of the dreaded Other inbox.

"The best one (way to raise funds) is where you are introduced by somebody else. True for dating and true for investments," he said.

Everyone - from Mukesh Ambani to Elon Musk - has the same 24 hours. But we're defined by how we spend those 24 hours, Kunal said.

Asserting that there is no shortcut to success or to getting VCs to invest in you, Kunal advised entrepreneurs to understand them how to present insightful information. Give time to them to read, research, think, and mainly ask questions.

"A venture capitalist is taking risky bets and wants to see your potential — that you are out there to create a very, very large company," he explained.

Debunking myths, Kunal said that life is not better for funded startups.

"Funded founders are in the highest amount of stress because people are not giving you money; they are giving you capital to prove yourself. You have hundreds of team members who are looking up to you to be right," Kunal said.