There are always things you are yet to explore whether you are a startup or a Microsoft: Abhijit Kane, Postman 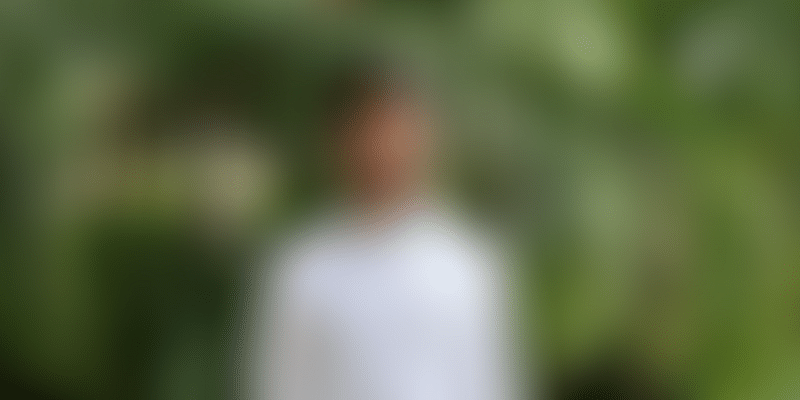 Abhijit Kane, Co-founder of Postman, gets candid with his story, from having a ‘little more than average’ interest in computers to building a startup with more than seven million users.

Born in New Delhi, to an engineer father and a chartered accountant mother, Abhijit Kane grew up in an environment where curiosity and learning were always encouraged.

The Co-founder of Postman, a collaboration platform for API Development, worked with Walmart Labs, VMware, and Adobe, before taking the entrepreneurial plunge. Currently, Abhijit manages the billing and payment system for Postman’s paid customers.

What started as a pet project, is now one of the most popular apps on the Chrome store, and has also evolved into a robust native app for Mac, Windows, and Linux. Postman caters to more than seven million users and supports API development for more than 3,00,000 companies across the globe.

However, Abhijit was not always into computers.

Choice out of exclusion

According to Abhijit, his interest in computers was a little “more than average” while he was in school.

“I found the physics, chemistry and mathematics courses a lot easier to comprehend and prepare for. I loved how, in physics, we could just apply a fixed set of rules to explain so much,” he says.

His love for computers was evoked when his parents got him his first computer in 1996. “For the first two weeks, I was told that I could only use the keyboard and not the mouse,” he recounts. Soon, eager to build a website on his own, Abhijit bought a book to understand programming.

Once he had completed school, Abhijit followed the crowd and decided to take up engineering. He never really cared about what he was going to do “20 years later”, but he was keen on learning more about computers, he shares.

The year was 2010, and Abhijit was in his second year of college. He then met a senior, Abhinav Asthana, who was the CTO of BITS 360 – a forum for BITS students to clarify doubts on the admission procedure.

Incentivised by the fact that the BITS 360 office was located close to his home, Abhijit joined the platform. “I got a chance to work on a variety of projects that helped me broaden my horizon,” he says.

This entrepreneur’s first project was an image-viewing application. It was more of an interactive tour of photographs and videos and involved viewing large images on a web browser.

“It was interesting because it was small enough to work on and there was a lot of scope for experimentation and research,” says Abhijit.

While he doesn’t wish to claim that he enabled the technology for the app, this project was like the stepping stone for Abhijit to becoming a developer later in his life. He says,

“As a user of other products, we are a lot more critical. As a developer, I began to see things with the other perspective as well. It was a very helpful experience – both in terms of expanding my programming skills and knowledge of what’s possible.”

Besides his internship with BITS 360, Abhijit also got involved in the college’s web activities. He helped build the college website and the website for placements.

In his third year, Abhijit had a course on computer science that involved putting pieces in the entire chain together – the basic electronic blocks including the resistors and the wires.

“Being able to understand the historic developments and those simple building blocks of a computer was an eye-opening experience,” he says.

“I don’t think I was very focused on language learning. Once you are aware of the building blocks and can break down problems into smaller pieces, language ceases to be a problem.”

In his final year of college, Abhijit interned with Adobe and VMWare for six months each.

At Adobe, he was asked to create a phone application that could recognise fonts. “This was an open-ended problem and there was no fixed methodology that I had to use,” he says. Abhijit worked on this project alone.

“The app had an end-to-end use case and it had user-appeal. In terms of accuracy, it was not ideal, but from the approach of a learning experience, it was very valuable,” says Abhijit.

While interning with VMware in Bengaluru, Abhijit worked on internal dashboards.

Soon after college, Abhijit joined Walmart Labs in Bengaluru. He was working on a product that dealt with user registration and login for all of Walmart properties. This time, he was working with a team of six members, along with a product manager.

“I became aware of the role of a product manager – to be able to integrate and create one deliverable. This was something that I didn’t know before,” he says, adding, “Until then my idea was that one person sits and writes codes and everything gets done. But, that is a very small part of the picture when it comes to products that are going to be used by more people.”

At Walmart Labs, Abhijit’s key learnings were on how to break things down into simpler forms, no matter how big they were.

“What we were doing had an impact. If something went wrong, a hundred million sign-ins would have been affected every day. There was a real impact that we had, and that kind of gave me a sense of importance – not ego, but that what I was doing had real ramifications, so I better think twice. That was something that I had not experienced before,” he says.

While Abhijit was in Walmart Labs, Abhinav was working with Yahoo. At that time, APIs were growing and more companies were using them.

Abhinav started Postman as a pet project in 2012. He posted an answer on Stack Overflow, a community for programmers, stating that he had developed an open-source tool called Postman, which could help programmers with their request-ending experience. That got a lot of traction.

One and a half years later, people at Walmart Labs started using Postman.

In April 2014, Abhinav touched base with Abhijit, and they incorporated Postman. Abhinav’s former colleague, Ankit Sobti, joined the team as a Co-founder and CTO. By September 2015, Postman had six lakh users. In 2015, the startup raised $1 million seed funding from Nexus Venture Partners, and another $7 million in Series A round in 2016.

“I understood that this was a problem worth solving and the solution had been validated since people around me were already using it. I was convinced very easily, and I knew that even if this did not work out, I would find another job,” says Abhijit.

At that time, Postman had no revenue or other employees, so having an office was out of the question. For the first few months, they worked out of Abhinav’s apartment before shifting to the Nexus office in Ulsoor, Bengaluru.

Initially, the team was only improving the existing app, adding features as requested from the user community and making it more user-friendly.

“We wanted to be the Google Docs or GitHub for APIs, where developers could work on a series of code files,” says Abhijit.

Postman launched its first iteration of the paid-Postman product, which enabled collaboration. And since then, there has been no looking back for the startup.

At present, Postman is the only complete API development environment, and its popularity has soared because of its simple and intuitive user interface that allows developers to manage every stage of the API lifecycle.

In June, this year, Postman announced that it had completed its Series B funding round by raising $50 million. The round was led by CRV and Nexus Venture Partners. As a part of the deal, Devdutt Yellurkar, General Partner at CRV, joined the Board of Directors of Postman.

Initially, they had overlapping roles. Currently, Abhijit takes care of the billing and payment system for their paid customers.

“We want to make sure that we are very scalable. If our user count goes up, we do not want our engineering team to go up as well. WhatsApp had 18 engineers supporting one billion people. That scale is like getting the essence of a SaaS business. If you take the right decisions, a lot of work you do is almost infinitely scalable,” he says.

An introvert by nature since childhood, Abhijit says that, in the last four years, he has learnt how important it is to connect with people and interact with them. He stresses that one should not be afraid to explore.

“There are always things that you have not thought about – whether you are just starting up or whether you are a Microsoft. Being aware of your limitations helps you get perspective in terms of the product you are building,” Abhijit signs off.

[Techie Tuesday] A reluctant engineer who went on to build tech products before their time - th...

From UP to the US: The journey of Abhinav Asthana and his affair with APIs