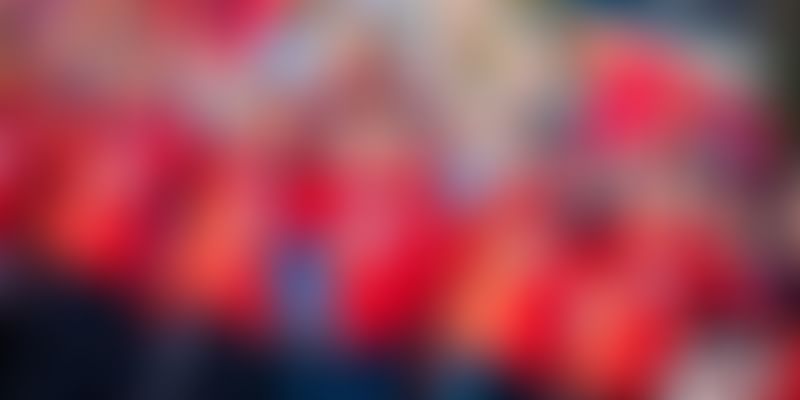 The Chinese ecommerce major is breaking record after record with its flagship shopping event, ‘Alibaba 11.11’, which also saw American singer Taylor Swift performing at the launch. And, the world is not far behind in tweeting about the event.

The Singles' Day event in China marks the biggest shopping festival in the country. This year, Alibaba, the Chinese ecommerce major, recorded a staggering $2 billion gross merchandise volume (GMV) in the first two minutes of the launch of the event.

The shopping event, bigger than Thanksgiving, Black Friday, and Cyber Monday, broke all records and even its last years’ record of a total sale of $30 billion. Till now, the Jack Ma founded company has broke its 2018 record and has registered more than $30 billion in sales. And, the day is not far from over yet!

And Twitterati had a field day as a frenzy of buying was reported from across the world.

Total GMV has exceeded US$30 billion for this year's #Double11. pic.twitter.com/vIlrXdq4d0

#SinglesDay has become an indicator of Chinese consumer health. https://t.co/F3Hw9IoeaZ

The Chinese ecommerce major is breaking record after record with its flagship shopping event, ‘Alibaba 11.11’, or 'Double 11', which also saw American singer Taylor Swift performing at the launch. People also tweeted about the gala event on the social media platform.

Alibaba usually kicks off Singles' Day with a gala event. This year, Alibaba invited U.S. pop superstar Taylor Swift to the gala, attracting more people to tune in. The event, which is streamed online, showcased many of the brands on offer, prompting users to pre-order. pic.twitter.com/mH51xfsoHV

Much like #BlackFriday, #SinglesDay is driving consumers towards overconsumption, causing us to buy things we don't need which will end up in landfill. Let's take a stand because in a time of #ClimateEmergency, one thing we do need is a #FashionRevolutionhttps://t.co/qEUw05NH1q

Many twitteratis have called on Amazon to compare the sales of the Seattle-based ecommerce major to Alibaba. And media publications and individuals have been tweeting about the company’s staggering sales as well.

Like Amazon's Black Friday, everyone usually stocks up their carts for Double 11. This year Singles Day has a whole new meaning for HKers. Continuing on the boycott for anti-Chinese retailers, a spew of images and memes were created to remind people to boycott Alibaba. pic.twitter.com/ohE8113aiR

Are You Listening #Amazon? #Alibaba Singles Day kicked off with #TaylorSwift and a huge, new sales record https://t.co/EveNdyiIi5

Single's day is alive & kicking with Alibaba achieving $1billion in sales in 68 seconds. Japan, US, South Korea & Australia were the most popular sources of sales #SinglesDay #https://insideretail.asia/2019/11/11/alibabas-singles-day-achieves-us1-billion-in-sales-in-68-seconds/

While Alibaba was registering record breaking sales numbers, it also showcased its FlyZoo Hotel, a fully-functional hotel with 209 rooms, which is completely automated - from check-in to room service, gym, and bar.

And if you are thinking that's all Twitter has on Singles' Day, then you are mistaken. People around the world are also celebrating this day as the 'Single's Day', quite literally! And, memes and messages are flooding the social media platform.

Is Singles day and I haven’t buy anything for my single self. Maybe I am just a sufficiently happy and single person 😆 #SinglesDay2019 #singleness #behappyalways

*le each and every singles : pic.twitter.com/4FEH77h56O

When you come to know today you are going to #CelebrateMonday as #SinglesDay2019 🤣🤠 pic.twitter.com/mKD3JSKcRr

According to Reuters, Alibaba turned China's informal Singles' Day into a shopping event in 2009 and built it into the world's biggest online sales fest, dwarfing Cyber Monday in the United States, which took in $7.9 billion last year.

This year also saw more than 200,000 brands participating in the 24-hour event, with more than one million new products on offer. This also includes 22,000 international brands from 78 countries, giving Alibaba cross-border strength.

Earlier in September this year, founder Jack Ma announced his retirement after being associated with the company for 20 years, and stepped down as the company's Executive Chairman. His retirement was no less than a music event, where Ma performed as a rockstar.

The Nasdaq-listed company, at present, is eyeing a $15 billion Hong-Kong listing.