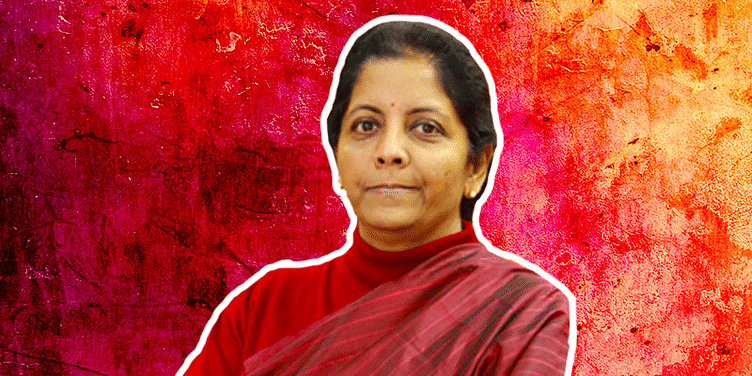 The November 11 circular asked industry and trade associations to give "suggestions for changes in the duty structure, rates and broadening of tax base on both direct and indirect taxes giving economic justification for the same."

In perhaps the first instance, the finance ministry has kicked off an exercise to formulate the next Budget by seeking suggestions on changes in direct and indirect taxes from industry and trade associations.

Finance Minister Nirmala Sitharaman, who had to announce additional measures to stimulate a slowing economy within a month of her maiden Budget being approved by Parliament, is due to present the annual budget for the financial year 2020-21 on February 1.

While the ministry holds pre-Budget consultations with representatives of different sectors and stakeholders, the Department of Revenue in the finance ministry, perhaps for the first time, put out a circular seeking suggestions for changes in income tax rates for both individuals and corporates as well as in indirect taxes such as excise and customs duty.

The November 11 circular asked industry and trade associations to give "suggestions for changes in the duty structure, rates and broadening of tax base on both direct and indirect taxes giving economic justification for the same."

"Your suggestions and views may be supplemented and justified by relevant statistical information about the production, prices, revenue implication of the changes suggested, and any other information to support your proposal," it said.

After her maiden Budget on July 5, Sitharaman on September 20 announced a cut in corporate income taxes for domestic companies to 22 percent from 30 percent previously. This would bring effective corporate tax rate, including all additional levies, to about 25.2 percent, for companies that are not receiving any incentives or exemptions.

The move is estimated to result in Rs 1.45 lakh crore in revenue loss for the government during 2019-20.

Subsequent to this, there have been demands for a reduction in income tax rates for individuals as well so as to put more money in the hands of the common man for a consumption-led revival of the economy. India's economic growth had slipped to a six-year low of five percent in the April-June quarter and the revival may take a few quarters despite announcements to boost real estate and financial sectors.

"As regards direct taxes, while forwarding your proposals, please take into consideration the recent initiatives of the government to reduce corporate tax rates applicable to domestic companies" provided they do not avail of any other tax rebate or concession, the orders said.

"The government policy with reference to direct taxes in the medium term is to phase out tax incentives, deductions, and exemptions while simultaneously rationalising the rates of tax. It would be also desirable that while forwarding the suggestions/ recommendations, positive externalities arising out of the said recommendations and their quantification are also indicated," it said.

With the GST Council, an umbrella body comprising Central and State ministers, the final decision-making authority on the goods and services tax (GST), the order said that GST-related requests are not examined as part of the annual budget.

It, however, sought suggestions related to customers and central excise duty.

The suggestions have been sought by November 21.

"The request for correction of inverted duty structure, if any for a commodity, should necessarily be supported by value addition at each stage of manufacturing of the commodity. It would not be feasible to examine suggestions that are either not clearly explained or which are not supported by adequate justification/statistics," the order said.

MSMEs to get pending GST refunds within 30 days: Nirmala Sitharaman