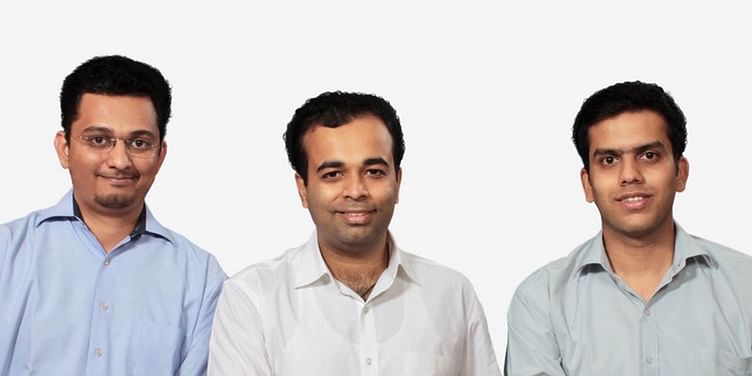 The growing concern for all modern parents is that their child spends way too much time on the phone, tablet, and other screens. Increasingly, meal-time lullabies are replaced by YouTube videos and playground visits are substituted with online games.

A report by the World Health Organisation states that children below five years of age should not get more than one hour of screen time every day. But, a growing conundrum for parents, especially working ones, is – how to keep the children occupied for the rest of the day?

“We identified that parents realised the positive value that technology could bring to the life of a child early on, but they are not comfortable with seeing their kids spend time on the internet and social media or play screen-based games.”

The trio founded Emotix (short for emotional intelligence) in 2015 to develop Miko – a companion robot. The latest version of their creation Miko 2 “is a positive and trusted gateway of technology for children and can easily be substituted for screen addiction” according to Sneh.

It is essentially a gizmo, buddy, and developmental aid, all rolled into a puppy-sized package.

The founding team of Emotix comprises roboticists, academicians, and neuropsychologists. All of them completed their MTech from IIT Bombay. Previously, Sneh worked at Siemens’ corporate R&D. Prashant (34), the CTO, had worked with Polaris.

Chintan (30), who is the COO of the startup, had worked at Altair Engineering before taking the entrepreneurial plunge.

“Our mission is to solve grave consumer problems with the help of robotics, artificial intelligence (AI), and the Internet of Things (IoT),” says Sneh.

Emotix is based out of Mumbai to be close to the founding team’s alma mater, which is where the startup’s first recruits have also come from.

Speaking on the initial impetus to start up with Emotix, Sneh recalls,

“During a stay in Bengaluru, we came across a mother screaming at her six-year-old for surfing on a tablet for long. That was our eureka moment.”

This led to them creating their first product, Miko, a companion robot to help modern parents with the early education and development of their children.

At present, the startup has a team of more than 130 individuals, comprising engineers, mathematicians, artists, psychologists, and business specialists.

Not a child’s play

The founders secured Rs 76 lakh in September 2015 from friends and families to start working on Miko.

However, building a hardware startup is a marathon task.

Sneh points out. “Very few investors understand the hurdles and the opportunities in the life of a hardware company,” he says.

Miko being a very new category of product in the country, developing the communication around it in a heterogeneous market like India ⁠—where mindsets and consumer perceptions change every 200 kilometres ⁠—was one of the key challenges for Emotix. But, with some brainstorming, the startup found its way around this hurdle.

For marketing, the founders and core team often played store promoters at Hamleys (the Indian-owned British multinational toy retailer) and Chroma stores, explaining and understanding what the customers want.

“Product experience along with communication is the key,” says Sneh.

After more than 22 product pilots over two and a half years, Emotix unveiled the first version of Miko, marketed as a companion robot to engage, educate, and entertain children. The first generation product was not as heavy on sensory capabilities and always needed an app to control it.

In 2017, the startup launched Miko in retail through Croma and Hamleys.

“Our first customer was Nandan Nilekani’s initiative EkStep. It purchased our early prototypes in 2016 and deployed Miko to improve learning levels of children in rural areas,” says Sneh.

Miko 2 uses AI and voice-recognition technology to see, hear, sense, express, talk, and recognise faces. Not just that, it remembers names, identifies moods, initiates conversations, and learns from its environment to intuitively engage with a child.

From knowledge-based conversations and child-friendly news to fun-facts, quizzes, and story apps, Miko 2 provides children between ages five and 10 content that has been developed by educators. Emotix has also collaborated with Amar Chitra Katha and Anisha Global Schools for content.

Miko has an in-built knowledge base and access to more via the internet. It talks, responds, and learns information based on its interactions with a child.

The robot comes with a screen to enable visuals for learning and playing.

Parents can programme in rules for their child’s interactions with Miko. With the Miko 2 App and parental dashboard, parents have a control over Miko's interaction with their child. It is also WiFi and Bluetooth-enabled. With a charging time of 1.5 hours and operating time of 3 hours, the robot is currently available in martian red, pixie blue and goblin green variations.

Miko is currently available in more than 350 stores across India. Its revenue model is unit sales, with up to 5x year-on-year potential growth. To date, the startup has been clocking consistent growth in sales of 30 percent month-on-month.

Initially bootstrapped, Emotix has so far raised a total of about $10 million from Chiratae Ventures, YourNest, and angel investors including entrepreneurs and tech evangelists.

“A lot of organic interest for our next round has already come in,” says Sneh.

Miko was launched in the Middle-East in August this year. Recently, it was also launched in the US. “Shipments are scheduled for pre-Christmas delivery in the US,” the founder adds. Soon, Miko will also be launched in Hamleys-UK.

According to Sneh, the startup currently does not have any direct competitors in India.

Internationally, WowWee offers the MiP Toy Robot, which can be trained to follow objects and hand gestures as well be programmed to perform a variety of tasks. Similarly, Sphero’s BB-8 is a fully programmable robot that can be controlled using iOS or Android smart devices. Startup LuxAI, founded by scientists Pouyan Ziafati and Aida Nazarikhorram, has created QTRobot, a humanoid robot which assists in imparting new skills to children with autism.

Emotix is planning to dive deeper into global markets including the US, UK, and the EU, and is also looking at building more products.

“We are aspiring to bring our platform solutions to every household globally, with a 2023 vision of reaching 20 million homes across 10+ countries,” signs off Sneh.