Education day: How these five teachers conquered their entrepreneurial dreams 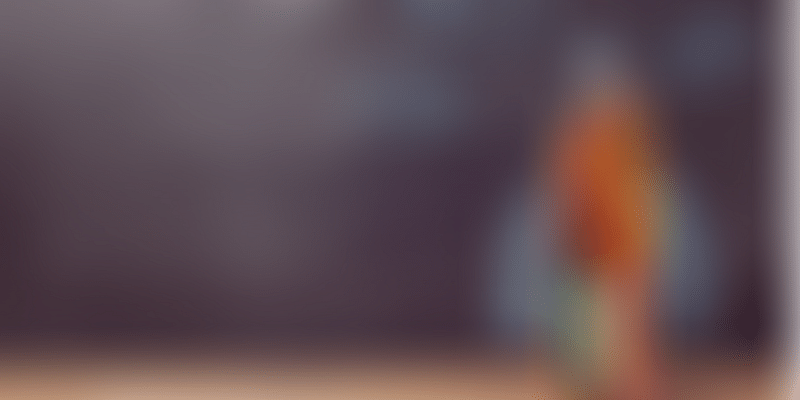 Have you ever had a teacher who inspired you to work harder or pursue a particular goal? On National Education Day, we take a look at a few inspiring stories of teachers turned entrepreneurs.

Nelson Mandela once said: “Education is the most powerful weapon which you can use to change the world”.

Teachers play a large role in imparting education. Whatever the method followed, teaching is a highly respectable profession across the world, and teachers have a significant impact on the lives of many people, especially their students'.

An educator is someone who is motivated, mission-driven, and passionate, and who can create something new. And, this is the reason some educators are taking leaps and leaving the classroom to become entrepreneurs and launch their own businesses.

Like other entrepreneurs, if an educator finds something they believe in, their passion can yield great results. From being effective communicators to having multi-tasking in their DNA, they can successfully pursue an endeavour for the greater good.

This National Education Day, when various programmes and campaigns are organised to spread awareness about education, YourStory looks at five such teachers who have gone ahead and become entrepreneurs, inspiring everyone through their journey.

National Education Day: 7 inspirational quotes from women educators that will inspire you to wo...

Hailing from Kannur district in Kerala, Byju Raveendran, the Founder of edtech startup BYJU’s, started his teaching journey by helping his friends get through the Common Admission Test (CAT), and eventually started coaching classes to help the student community.

In June 2019, BYJU'S launched the Disney.BYJU'S Early Learn app, which is created for children aged between six and eight. It provides personalised programmes featuring iconic Disney characters from Frozen, Cars, and the Toy Story, and combines learning with entertainment.

Today, the mobile app has around 40 million users. Byju, who owns a 21 percent stake in the startup, joined the billionaire club after raising $150 million, which valued his startup at $5.7 billion.

Later, in 2004, he started recording videos and posted them on YouTube. Salman realised that making videos worked well, as his cousins could watch them whenever they needed to, at their own pace, and multiple times.

Soon, other users stumbled upon these videos, and this gave him enough business case, which eventually led to the founding of the Khan Academy.

Sal Khan incorporated The Khan Academy as a non-profit in 2008. The platform, which produces short instructional videos to help students with their academics, started its operations in India in 2016. It also entered into a partnership with Tata Trusts to create specialised, freely available online content in Indian languages based on NCERT textbooks.

The platform also provides content in regional Indian languages. As of 2018, the platform had around one million monthly users from India.

National Education Day: Meet the 7 edtech startups that are changing the learning game in India

After graduating from National Institute of Design (NID) in 1989, Kiran Bir Sethi started a design firm called Kiran Sethi and Associates in 1991 in Ahmedabad.

In 2001, the designer found her calling to be a teacher and started The Riverside School. Later, she went on to become an education reformer while also growing as a social entrepreneur.

Realising that the Indian education system is tightly knit around textbook-based knowledge, she applies a simple design-thinking approach to enable students to learn with a real-world context that they can empathise with. Kiran launched Design for Change in 2009 in Ahmedabad, and has integrated this in the curriculum for middle-school students.

Today, Design for Change is present in over 65 countries, with offices in India, Spain, and the US.

Born in Kanpur, Sherry Anne Sudan worked as a teacher for 12 years. Bored with her monotonous life, she wanted to take up something challenging. She thus started two businesses one after the other – a Gurugram-based event management company called Glitters in 2012 and En - The Japanese Restaurant, in Delhi.

According to the founder, Glitter opened the doors for her into the hospitality sector. Today, Glitter works closely with companies like Decibels India and Swiss International Airlines. While managing her businesses, she also works as the Country Head of Marketing at Lake Forest Wines.

The community helps educators from across India to learn, support, and find solutions to address issues in the field of education. Besides, teachers can read about the latest trends, developments, and other interesting things like job opportunities.

Rakhee keeps posting TEDx videos related to teaching, which helps in understanding the behaviour of students in a class. Recently, she also launched her own website with the same name. On her website, Rakhee organises sessions where educators get together and discuss strategies and share their own methods of practice.

Education Day: these 5 teachers are going the extra mile by taking learning to disadvantaged ch...