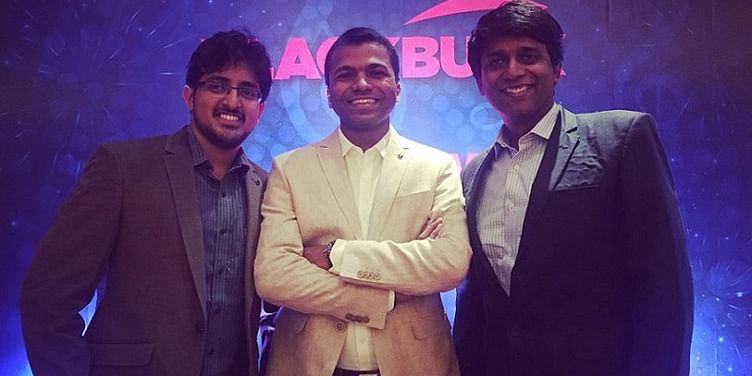 BlackBuck's filing shows the company has raised Rs 50 crore in debt, and another Rs 6.23 crore through issuance of Series D CCPS in equity.

Bengaluru-based B2B logistics startup BlackBuck has raised around Rs 56.23 crore from Trifecta Venture. The funding is a mix of equity and debt, according to documents filed with the Ministry of Corporate Affairs (MCA), accessed by YourStory.

Company filings show BlackBuck has raised Rs 50 crore in debt, with the issuance of 500 securities, priced at a face value of Rs 10 lakh across Trifecta Venture’s Debt Fund I and Trifecta Venture’s Debt Fund II. Additionally, the logistics company has raised Rs 6.23 crore through issuance of 322 Series D CCPS in equity priced at a Rs 1.93 lakh, which still has to be received by BlackBuck.

This fund raise comes just six months after it raised $150 million in equity funding led by Goldman Sachs Investment Partners and Silicon Valley-based Accel. Other new investors who participated in the round are Wellington, Sequoia Capital, B Capital, and LightStreet.

The round also saw participation from existing investors Sands Capital and International Finance Corporation, the investment arm of the World Bank. This takes the total amount of funding raised by the company to over $230 million.

Post the equity round, the total valuation of the startup was touted to be across $900 million.

Founded in 2015 by IIT-Kharagpur graduates Rajesh Yabaji, Chanakya Hridaya, and Ramasubramaniam B, BlackBuck in May claimed to have over 300,000 trucks and more than 60,000 fleet owners on its platform.

According to the company, it uses technology to match a trucker with a shipper real-time, enabling transparency, higher truck utilisation, better shipper services levels, and efficient pricing. It also facilitates services around trucking, by providing fleet cards, tyres, IoT, insurance and working capital credit to truckers.

Earlier this year, BlackBuck’s competitor Rivigo raised its Series E funding of $65 million from its existing investors SAIF Partners and Warburg Pincus. The company went on to become the eighth unicorn in India in September, after raising $4.97 million from KB Global platform fund, the investment arm of South Korea-based KB Financial Group Inc.

WATCH: BlackBuck’s Deepak Warrier says data helps you understand how to increase revenues and a...