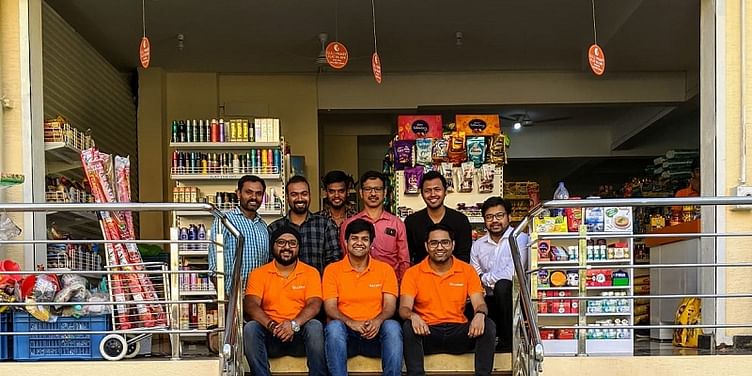 Gully Network uses a tech-enabled platform to take care of the entire value chain for offline retailers and helps them generate additional income while modernising their stores.

Tech-enabled chain for small kirana stores, Gully Network Retail, on Tuesday, announced the closure of its seed round of Rs 5 crore from Orios Venture Partners.

The startup was founded in August 2019. by IIT Madras and IIM Ahmedabad alumni Ajay Nain and Prateek Chaturvedi. It aims to organise offline retail stores, which, according to the founders, comprise nearly 95 percent of the grocery retail category today.

In a statement, Ajay said,

“In the last few years, the Indian grocery retail ecosystem has witnessed new solutions, such as B2B supply, PoS, and finance. However, there is nothing which solves 360-degree pain points of retailers and their hyperlocal consumers. Retailers still waste hours comparing prices on B2B apps and following up with traditional distributors. Hence, we take care of sales, margins, inventory, merchandise and additional income for the retailers in our network, ensuring an increase in net income of retailers with no day to day hassles while enabling them, through technology”

Meet the 4 companies that are helping kiranas go digital

Gully Network provides a tech-enabled platform that takes care of the entire value chain for retailers and helps them generate additional income while modernising their store end to end.

According to the company, there are close to 15 million small format kirana stores in the country that suffer from issues of lack of data-based reordering, static margins, rising costs of wages and rent while being offline, and are unable to take advantage of discoverability on online delivery players by consumers preferring that channel.

Under Gully Network, these stores will be able to address all these issues and thus, behave like a large and modern chain of stores.

At present, Gully Network operates in Bengaluru and has 25 stores in its chain and aims to have one store in every one kilometre radius across the country.

“Indian grocery retail market is approximately 70 percent of total the retail market in India. However, we have seen little transformation on ground in the 15 million small format kirana stores which comprise over 90 percent of this market even today. We are excited to invest in the strong team in Gully Network Retail which has the potential to lead this transformation through technology and form the largest chain of modern format small stores in India”

Apart from Gully Network, Orios has also invested in startups including Pharmeasy, GoMechanic, Country Delight, Beato, MoneyOnClick amongst others.