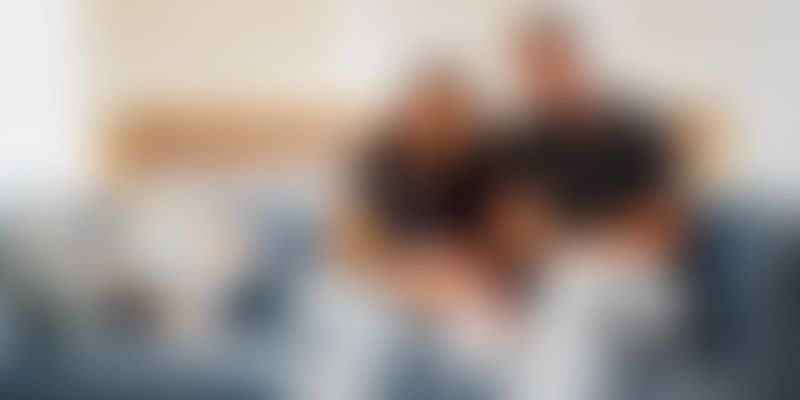 Started by Vanishri Deshpande in 2017, Bengaluru-based ConnectEcho is using technology and storytelling to solve the hiring problem for startups. The HRtech startup lists Cred, Rapido, Acko, Licious, and Vymo among its clients.

One common problem almost all startup founders face is “hiring the right team”. It isn’t easy to find the right talent, which fits the company's culture and can help scale, at the right time. But Vanishri Deshpande has been solving for this “founder's block” with ConnectEcho, her “startup for startups”.

Vani started her journey as a leadership recruiter in 2004, and in 2011 joined Flipkart’s talent acquisition team.

“We needed a lot of audacity to pitch to top talent then, from companies like Bing, eBay, Unilever, Dell, and AOL among others. No one was ready to join an online ecommerce company, and the word ‘startup’ was akin to ‘risk’,” says Vani, describing her early days at Flipkart.

Flipkart mafia gave us not just Udaan and Curefit, but successfully bootstrapped startups too

It’s important to note that by 2011, the poster boy of Indian startups had already raised more than $30 million in equity funding, attracting the likes of Tiger Global and Accel.

“I remember that we literally had one-liners as job descriptions: someone to head analytics, someone for digital marketing and analytics, or the private label function… Startup recruiters were also going through a steep learning curve. It took a while to convince talent that we were building a big company and their career trajectory would grow to a whole new level, and deadlines given were as short as a week. Following that were several ‘No’s’ to get one ‘Yes’ from the founders,” Vani recalls.

Almost a decade after she started out, the founder feels that while there is no dearth of talent and the narrative around Indian startups may have evolved, storytelling and the semantics of hiring haven’t kept pace in the recruitment industry.

“While the startup ecosystem is a little more aware in the ways it looks at talent, these companies still don't know how to solve for demand. The supply side is fully broken,” she says.

After building core teams for several startups, including Practo and Postman, and helping portfolio companies of Nexus Venture Partners in her last stint as Vice President of Human Capital, Vani decide to solve the issues around hiring by starting ConnectEcho in August 2017.

Solving for the talent supply chain

ConnectEcho, which began life as an experiment, aims to revolutionise human potential and transform the talent landscape for high growth companies.

She was joined by Satheesh KV as Co-founder and Chief Operating Officer; he earlier worked at Flipkart for close to seven years and in his last role was responsible for talent, performance, and people management.

“Satheesh was one of the senior hires I made at Flipkart,” Vani recalls. And she did it again for her own startup, ConnectEcho.

Laughing, Satheesh agrees. “She (Vani) did it again… strongly convincing me about the platform she was building.”

The HRtech startup has till now already consulted with close to 60 startups and their founders, helping them hire more than 160 individuals across mid and senior management functions.

With a team of subject matter experts in recruitment, the startup makes revenues by helping on-board talent for its clients. The average ticket size of each transaction ranges between Rs 2 lakh and 3 lakh, the founders say.

However, this is expected to vary in the coming years, as the technology platform evolves.

Focusing on the technology

Vani strongly felt that despite the ecosystem growing by leaps and bounds, storytelling in the talent recruitment process was largely missing.

This is why ConnectEcho started working on a slew of technology platforms in April this year.

“We wanted to help startups get their story right while engaging with top talent. On the other end, we also wanted to build for top talent, helping them map opportunities and express their aspirations. ConnectEcho connects the two and provides a platform,” Vani says.

In the coming weeks, the startup aims to launch a career site, which will act as a storytelling platform and detail information about founders, company culture, and outline the role and complexity of the role to job applicants.

The applications will then be processed by ConnectEcho’s algorithms, post which the hiring process starts.

ConnectEcho plans to monetise this by charging startups for creating “a storyline and job descriptions (JDs)” for the jobs posted. It aims to monetise further by promoting jobs on the platform.

Bigger plans for the future

Technology has made HR departments and functioning across the world more nimble and the trend is here to stay. According to a KPMG report, adopting new technologies in a workplace will “not only change the way of recruitment but will also decrease the manual workforce” by 2020.

The HRtech startup is building an intuitive B2B SaaS recruitment platform for hiring managers at startups. Recruiters (founders or HR executives) can start by answering basic questions, which will start nailing JDs for them, which can then be posted on ConnectEcho’s career platform.

The startup is also building a digital community for recruiters and talent experts to engage and further help the digitised community to tap a bigger pool of talent. Still in Beta, most of this technology is expected to be live by January next year.

ConnectEcho’s clientele at present comprises startups with a team strength of 50+ employees and those that have raised anywhere between a Series A and Series C round.

Looking to scale over the next year, Satheesh says the company plans to achieve 100,000 listings of top talent, with more than 50 startups listing their brand stories, and 750 job openings available on their career site.

The startup aims to help close over 250 successful hires, using its products and technology-oriented recruiting solutions. Clearly, the future of job recruitment starts with storytelling!