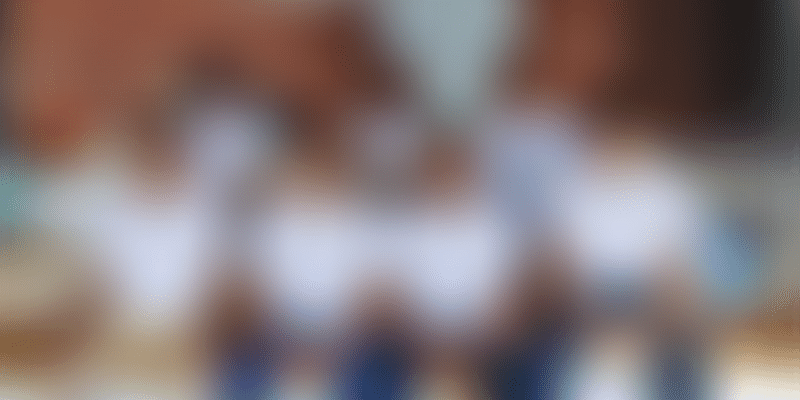 The Jio effect may have made new smartphone adopters, especially in India’s hinterlands, more social media-savvy and able to use apps like Facebook and WhatsApp, but they still shy away from seemingly more complex tasks like paying bills or booking tickets online.

Bengaluru-based Jiny is tapping this underserved market and driving digital behaviour in Bharat. The startup has created an Assistive UI platform to guide new digital users in their language and direct them at every step of using an application.

A recent report by RedSeer Consulting stated that local languages will be the way to a Tier II and III user’s heart. And while localisation of an app may seem like a smart move, it is not the only one required to get more of India on the internet.

In 2015, Snapdeal launched its app in 12 different languages, but discontinued the project in a year’s time. This is why Jiny’s Co-founder Kushagra Sinha believes it is not a language problem, but one with the interface as far as on-boarding new adopters is concerned.

[Startup Bharat] How brands and investors are wooing users in small-town India through digital ...

Jiny launched their product in July 2019 and currently has Reliance Jio as a fully subscribed customer.

“We recently launched with Jio as ‘Jio Saarthi’, which is powered by Jiny,” Kushagra says.

From IIT to entrepreneurship

Kushagra holds a bachelor’s degree in design from IIT-Guwahati and has worked with Flipkart as a user experience (UX) researcher. Co-founder and CTO Sahil Sachdeva, 25, studied computer science and engineering at IIT-Hyderabad. He too worked at Flipkart, but as a software development engineer.

The two of them met at a Flipkart internal hackathon, where they also teamed up to participate. They founded Jiny, which now has eight team members, in April 2017 in Bengaluru.

Kushagra, who hails from Lucknow, says that while it’s not uncommon to spot people with high-end smartphones in a Tier II or III city, they use it for little more than calling, messaging, or watching videos. Kushagra’s mother would often call him to recharge her phone, despite owning a smartphone. “I simply wanted to make mobile apps usable for my mother,” he adds.

While still at Flipkart, Kushagra, along with his UX team, tried to solve this problem through localisation of apps. However, they soon realised that the problem ran deeper.

New digital users, such as his mother, do not understand the visual language of graphical user interface (UI). Simple things digital natives take for granted are beyond their grasp: what’s clickable, what’s a button, or a drop-down menu, or what’s the meaning of different visual elements.

“I realised that we need to create an assistive experience of the digital world. What the next 500 million users need is digital hand-holding in a humane way,” Kushagra says.

Jiny is a B2B software-as-a-service (SaaS) platform. It provides software development kit (SDK) as a plug-in that can be integrated with any mobile application. It adds regional language assistive capabilities to the app and, once added, the in-app guidance is configured through Jiny’s cloud-based zero-code editor.

Any internet business can add Jiny’s assistant to their application through the SDK and pay using a subscription model. The pricing is customised based on a customer’s requirement.

“Jiny is derived from the word ‘genie’, which can be described as the epitome of an assistant,” Kushagra adds.

Initially, Team Jiny faced challenges in standardising the platform that needed to be language- and platform-agnostic, and universally integrable with any third-party app. “We overcame it by building a cloud platform and a standardised SDK,” he adds.

The team applied design thinking, conducted multiple user studies, and recorded them to make people realise the need for this innovation.

The startup currently serves tech enterprises looking to expand to regional Bharat. Reliance Jio uses Jiny’s offering to let users in Bharat do mobile recharges on the MyJio app. Besides that, the startup is also piloting with eight large enterprises in travel, taxis, ecommerce, and social media segments.

The assistive UI platform, which includes Jiny SDK and the cloud editor, is sold at a subscription as well as on an annual licence model. Subscription charges start at $1,500 per 1,000 users.

So far, Jiny has raised a seed round of $720,000 from 3one4 Capital, Ankur Capital, and angels, including Rajesh Sawhney, Phaninder Sama, Ambiga Subramanian, among others.

According to a RedSeer report, India’s internet adoption has reached 530 million at a run rate of 65 million users per year in the last two years. Furthermore, with telecom players like Reliance Jio subsidising internet prices, an additional 320 million users are likely to adopt internet by 2023. And these users will come from Tier II and III India.

Jiny competes with the likes of Niki.ai and Slang Labs.

“Assistive UI is the interface for the next billion users. Enterprises are slowly recognising this. As we speak, Flipkart is preparing to launch assistive UI for their app, calling it ‘audio-visual guided navigation’,” Kushagra says.

The team has been constantly trying to understand the digital behaviour of smartphone users from the Tier II and III cities of India and is focused on their next phase of growth.

“We plan to grow 10x this year, with an accounting rate of return of $500,000, and are willing to do a fundraise soon to shift our pedal to the next phase of growth,” Kushagra says.

[Startup Bharat] Patna-based Work Studio is aiming to drive the coworking culture in Tier II an...