Founded by IIT-KGP alumni, logistics startup LetsTransport is eyeing the $30B intra-city market 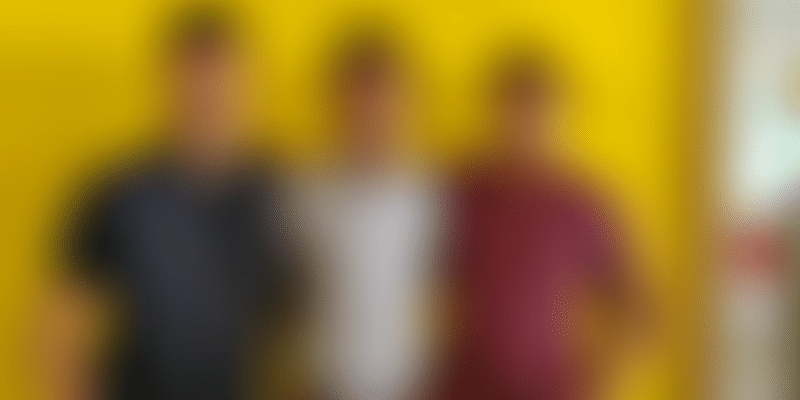 LetsTransport is a Bengaluru-based intracity logistics firm, which has on-boarded over 44,000 trucks. Founded in 2015, the startup, which focuses on retail, FMCG, and ecommerce, has raised $20.3 million across five funding rounds.

Logistics is one of the biggest challenges for any large organisation. According to IBEF, the size of the Indian logistics industry is around $200 billion. And despite different players in the space, logistics in India is still largely unorganised.

It was something that Pushkar Singh felt strongly while working in the cookies division at ITC. He realised that last-mile logistics was a bigger challenge as it was important that the brand’s products reach outlets on time.

“If a consumer reaches an outlet to find Coca-Cola, and the product isn’t available in the store, it means he will end up buying a Pepsi. We have lost a customer,” Pushkar says. Clearly, there was a huge gap in last-mile, intra-city delivery.

This led to the idea of LetsTransport.

Set up with personal funding of $100,000, the platform now works with the likes of Coca-Cola, Bisleri, Amazon, Flipkart, Metro Cash and Carry, and Gati Logistics.

In the past four years, LetsTransport has on-boarded over 44,000 truck owners and raised a total of $20.3 million across four funding rounds. The startup is targeting a revenue of Rs 125 crore by the end of 2019.

“It connects individual truckers with brands with different kinds of logistical needs,” Pushkar says. Taking the example of Coca-Cola, he says unlike the western world Indians do not dine out every night. Thus, the inventory is bought and stored over the weekend. This means during weekdays, the inventory for Coca-Cola is limited.

Explaining how the startup helps, Pushkar says,  “This is a very unique problem in India. So, if the company reaches out to truckers and asks them to work only over the weekends, it invariably gets a no for an answer. This is primarily because the trucker wonders what he will do during the rest part of the week. But for Amazon, as a consumer, you may shop on a Sunday but the deliveries happen on weekdays. So, the flow shifts. This is where we come into the picture. We don’t just have Coca-Cola on board but also others like Amazon; that gives the trucker options.”

“Even today, with different players in the space, there are over 70 lakh trucks that are owned by individual truckers. We felt that technology can help organise the space,” Pushkar says.

Eventually, Pushkar reached out to Sudarshan who was working in Mumbai. Sudarshan was working at JP Morgan, and Ankit was working on his own grocery startup.  But they all decided to band together for LetsTransport.

LetsTransport raises Rs 100 Cr in Series B round from Bertelsmann, Fosun

How does it work ?

LetsTransport has an app for companies and truckers. The trucker has an android app where he can download and check different jobs that are posted.

“Once the trucker logs on, the platform gets a notification of the driver's location and the truck ratings, based on which jobs are allocated. This also gives the trucker the opportunity to select different kinds of transactions,” Sudharshan says.

The client can place requirements, route, and create a job on the platform. Pushkar says it is similar to how a cab aggregator and matching works.

Getting the clients and team in place

The team had to spend a lot of time making cold calls to get their first client. Building trust took time. “During one of the earliest orders, I was in the truck and had two standby trucks following as a convoy to ensure nothing fails,” Pushkar says.

Initially, the team built the critical mass by going on the ground. They would first go to clients to get jobs, and then go to truckers. The founders soon realised that there was no dearth of truckers and jobs.

“We have a fleet on the streets to educate the truckers. Once we hit a critical mass of 500 to 600 drivers, we don’t need any marketing,” Pushkar says.

One of the biggest challenges was setting up the team. Pushkar says different players coming into the market has been an advantage, as this has helped bring more talented people into the industry.

The founders also worked on building a hardware GPS tracking unit, and in 2015 started working with foodtech players.

LetsTransport charges clients based on their needs and requirements. Pushkar says the client can give them a forecast of their demand; the pricing is decided based on that and the capacity. The startup charges an average of Rs 1,000 for 50 km for one tonne of crate transport; a 10,000 kg truck would go up to Rs 5,000.

The team is now looking to go deeper into different verticals.

With logistics being a tough market, an Indian brand spends double than the global average. Pushkar says 95 percent of the drivers are truck owners.

At present, LetsTransport competes with the likes of Blowhorn and Porter. And yet, the market is still fragmented. “Bengaluru alone has 2.5 lakh trucks. Of that, we only have close to 10,000 trucks, which is barely scratching the market,” Pushkar says.

Pankaj Makkar, Managing Director, Bertelsmann India Investments, an investor in LetsTransport says the startup has an advantage in the multibillion-dollar market that is ready for tech disruption. He says,

“We estimate that the current addressable spend of corporates on intra-city logistical needs is $3 billion and growing at a healthy rate. However, the supply side is extremely fragmented, leading to poor economics for asset owners. There is no large organised player, leaving room for a technology-led, asset-light player that can organise the space in a scalable manner.”