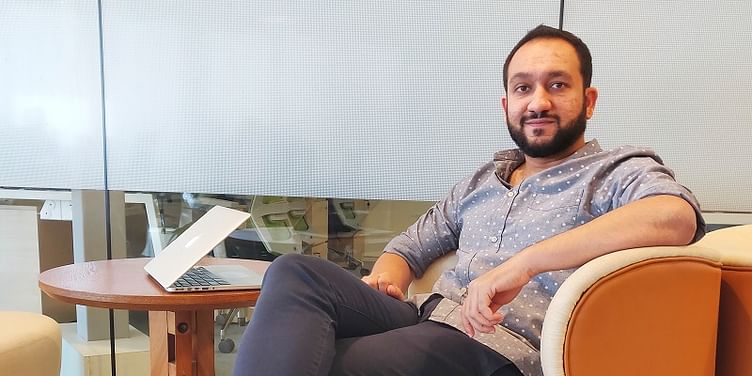 Bootstrapped Wrap2Earn has tied up with individual fleet owners, drivers, as well as cab aggregators. The moving billboard marketplace also provides an online dashboard to its clients to keep track of the metrics and data generated

When city-dwellers spend considerable portions of their day commuting, they tend to inadvertently stare at the back of the vehicle in front of them. Mumbai-based startup Wrap2Earn realised this is the perfect canvas for brands to advertise their products. Their marketing efforts will be seen all over the city since, unlike standard billboards, cars move around.

Out-of-home (OOH) or outdoor advertising has always been a great way to capture the attention of potential customers on the road, but Wrap2Earn, which was set up in 2016, is reinventing it a tad bit. The startup functions as a tech-enabled moving billboard marketplace that connect brands with car owners allowing for high-impact exterior and interior car advertising campaigns.

With the help of its mobile app, Wrap2Earn is able to also track all drivers participating in campaigns, while brands get access to an online dashboard that allows them to track key analytics of their on-car campaign performance ie., number of kilometres driven, visibility by geo-locations, etc.

“We are converting a highly fragmented industry into a modern-day marketplace by connecting brands that want to advertise on vehicles with car owners who want to make some extra money. We give brands complete control, where they can expose themselves to neighbourhoods, suburbs, and entire cities in a cost-effective manner. Using technology, we give them the full suite of planning between digital and OOH advertising,” says Elmer Dsilva, Founder and CEO, Wrap2Earn.

Tablet screens in autorickshaws: how bootstrapped Trioo is changing gears for outdoor advertisi...

Elmer has always been fascinated by startups. He did his master’s in Finance from the University of New South Wales, after which he worked and led various operations teams at Groupon Australia. While working there, he came across a US company, called Wrapify, that does something similar to what Wrap2Earn does now.

So Elmer returned to India keen on building a startup. He was then joined by two of his friends, Siddharth Vyas and Manuel Fernandes.

Manuel completed his engineering at the University of Mumbai, and is an ardent lover of code. After five years as a software consultant to MNCs and a tech head at a well-known startup, Manuel decided to join Wrap2Earn.

Siddharth moved back to India after completing his master’s in Finance at the London School of Economics, and spent several years in the banking sector before Wrap2Earn.

Today, the startup is a team of 15 people.

“Brands and advertisers approach us to run campaigns. They select the cities they want to run their on/in-car campaigns, number of cars, and the duration. We facilitate the rest. We have a strong network of vendors and supply all over the country. We ensure that all our clients’ objectives are fulfilled,” says Elmer.

The startup’s online dashboard helps companies monitor progress and performance of their campaigns in terms of kilometres driven, impressions gained, tamper-proof audits, and other analytics.

“We have over 10,000 car owners who have signed up. Additionally, we have strategic supply partnerships with Uber, Meru, and other cab aggregators. We also have strong relationships with individuals who own fleets of cars,” Elmer says.

Apart from this, Wrap2Earn also has a list of clients ranging from OTT platforms and IPL teams to appliance and consumer durable product companies. Elmer says the team has done campaigns for more than 50 brands in its first two years of operations and expect this to grow exponentially this year.

Some of its top clients include Aditya Birla Group, Godrej, JP Infra, Kolkata Knight Riders, Sony Liv, Wagh Bakri, among many other brands.

Some of the other startups offering similar services include The Media Ant, All About Outdoor, etc. However, Elmer says their differentiator is on the analytics front. “There are businesses that currently have static advertisements on cars. However, there is no way for a brand to currently measure and track the impact of the medium. We also have developed a way to give brands tamper-proof images of their branded cars through the Wrap2Earn mobile app,” he adds.

The startup generates an average profit margin of 20-30 percent and is on the track of closing FY20 with Rs 5 crore revenue.

Bootstrapped and self-sustained Wrap2Earn says it is in talks with a few financial and strategic investors and is looking forward to closing a deal within the next couple of months.

The digital future of outdoor advertising