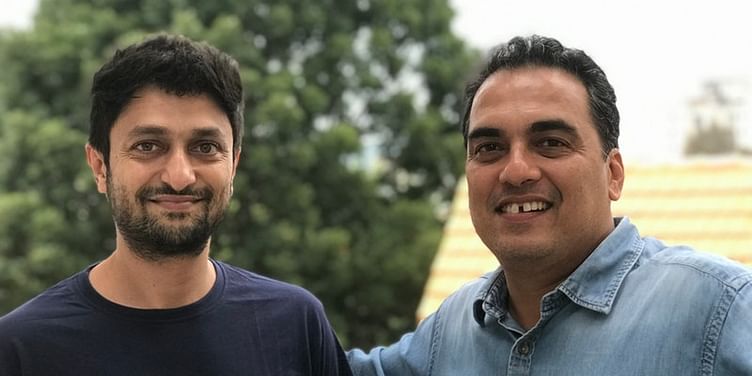 Pune-based startup Utter offers affordable learning solutions for Indians to better express themselves in English in their daily and professional lives.

In 2014, Ninad Vengurlekar, a graduate of Harvard, was volunteering with the Teach India English Learning Initiative as an English tutor. Also, a trained tutor by British Council, Ninad was teaching 12 English learners between the ages of 18 and 35 in BDD Chawl in Worli, Mumbai.

Although his students attended the classes regularly, Ninad realised that they were hesitant to speak in English in fear of being ridiculed, even in a class where everyone was struggling to learn the language.

Ninad resolved to do something about this. After repeated attempts to make his students speak in English, he started a WhatsApp group with all the 12 learners. He recalls,

“In the first day itself, the students exchanged over 400 messages in English – including texts, recorded audios, videos, and memes. Over the next one week, over 600 messages were being exchanged every day by the same learners who refused to speak in the classroom.”

He soon realised that the everyday habit of messaging was ideally suited for improving learners’ conversational fluency in English. Over the next two and a half months, Ninad integrated WhatsApp chatting in his daily teaching curriculum and observed a marked improvement in the spoken and written skills of his learners, which a traditional classroom model had not come close to achieving.

Ninad then set out to rope in his former colleague, Amit Bhadbhade, to map the data from these WhatsApp chats to understand how the learning levels of the students had improved.

On the basis of this data, Utter (earlier 'Sling’) was born in March 2015. After two years of research and development, the platform was launched in the market in August 2017, mentored by the Reliance Industries-backed startup accelerator, JioGenNext.

“It basically involves chatting with a chatbot for English fluency. It has customised features including an inbuilt dictionary, translations, and live tutors who look at in-chat corrections and keep the users engaged while improving their communications skills,” says Ninad.

The Pune-based startup has been selected as a part of the 2019 Google Play's App Excellence Programme.

From colleagues to co-founders

Ninad (49) and Amit (36) had worked alongside each other in edtech company IL&FS Education for six years. Amit holds a master's degree in Mobile Programming from Lancaster University in the UK and is an expert in building learning products and carrier billing models with telcos.

Their focus has always been ‘learning through conversations’, the founders state.

Utter’s team is currently 14-members strong – seven in tech, one in design, two in content, and two in digital marketing.

A B2C model for a seamless experience

Utter is essentially a blended learning platform in English. It is a combination of chatbots and live tutors, and comes in B2C and B2B2C models.

The B2C model, which was launched in January 2018, focusses on graduates interested in improving their English fluency. “We advertise on Google, YouTube, and Facebook – our potential users download Utter on seeing the ads,” says Ninad.

Once downloaded, every user gets 15 free sessions with access to the chatbots and three sessions of live chats, to assess the product offerings. If they are convinced, they can pay for full access through the digital wallets and various payment gateways that are available on the app.

Once these conversations conclude, the user gets two options – to either continue with the chatbot or connect with a live tutor to clarify doubts. At any given point of time, 60 to 82 tutors are available to chat with the user for two minutes and clear their doubts. Once these mini sessions get over, the tutors guide their back to the chatbot to continue practising their English-speaking skills.

The B2C model is priced between Rs 190 and Rs 499, with the highest-priced variant covering full access to the platform’s content catalogue and live tutor support.

“Since its launch, Utter has been downloaded by close to 3 million users with over 80,000 paid subscriptions,” says Ninad.

With its B2B2C model, Utter develops distribution partnerships with companies having access to blue-collar workers. For this, it has tied up with Betterplace Solutions, the Bengaluru-based ‘digital trust platform for blue collar’.

As part of this model, the startup has built customised ‘English and Workplace Skills’ programmes for drivers, delivery executives, security guards, and housekeeping staff, which are available in eight Indian languages including Hindi, Gujarati, Tamil, Telugu, Malayalam, Assamese, Odia, and Marathi.

“These individuals' interest is in learning functional English that is limited to their job roles,” explains Ninad.

Currently, Utter has partnered with 30 companies to provide its B2B2C offering, including Ola, Swiggy, Zomato, Amazon, Accenture, Amazon, Flipkart, and Infosys. “We have also tied up with companies such as TCS, ION, and Seed Infotech to deliver English learning programmes,” he adds.

The services to these companies are also provided by the startup under their own brand names.

The learnings along the way

Utter believes that India has the potential to build the world’s most profitable business in English language teaching through a blended learning format. Says Ninad,

“Education is a pursuit for material gains, and products that charge users end up building great learning experiences. The key is to understand why customers do not want to pay. We overcame this problem by instituting a call centre where the executives called users who were in a pending payment state. These users were asked why they did not wish to pay and the users ended up giving reasons that became potential features for Utter.”

Since 2018, Utter has tripled its B2C paid-conversion ratios.

The Android app is currently available for users in India, Myanmar, Bangladesh, and Kuwait.

It has over 4.2 million monthly active users and the startup’s revenue is growing at 15 percent month-on-month. The business is expected to drive profits by March 2020.

Market overview and the way ahead

Utter competes with the likes of Udemy, Ardor Learning, Open English, VIPKid, and iTutor. However, what sets it apart is its “blended learning model”, says Ninad.

“We are not for first-time learning; we are for fluency improvement,” he adds.

The Utter App is currently looking to raise $5 million in its Series A round to grow its business to 20 million users and annual revenues of Rs 2.5 crore. By the end of this month, they are launching 'Learn English' in eight different languages including Hindi, Marathi, and Gujarati.

They are also looking to introduce Utter Pro, a premium version of the app that will provide services in a dedicated tutorial model, by early next year.

So far, the startup has raised Rs 8.5 crore from angel investors and Unitus Ventures.