If you have an Android smartphone, look no further than the Samsung Galaxy Watch 4G 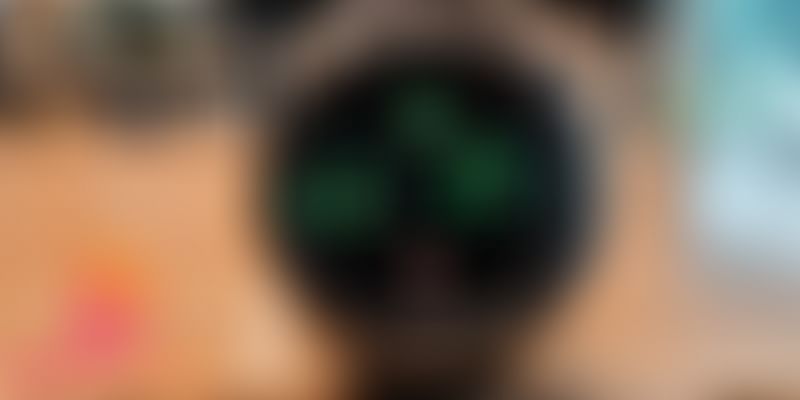 Samsung has rolled out an Apple Watch competitor, but has priced it significantly cheaper. Here’s why the Galaxy Watch 4 needs Android users’ attention.

That the Apple Watch is the king of smartwatches is a foregone conclusion. But it works best only when paired with an iPhone. For Android users, there are plenty of options, but none comes as close as the Samsung Galaxy Watch 4G.

The smartwatch got a cellular upgrade recently. This means that you can leave your smartphone behind without having to worry about missing any calls or texts. The Galaxy Watch 4G may have arrived a little late in India, but it is one of the few watches with cellular data access. That alone could give it a leg-up in the Indian market.

While not everyone is convinced about the need for a smartwatch, the fitness-oriented Samsung Galaxy Watch 4G does a good job of persuading the fence-sitters.

Many users take an instant liking to the circular design and rotating dial of Samsung smartwatches. The Galaxy Watch 4G mimics the circular analogue watches of the past, and you can even swap its straps with conventional 20mm/22mm straps of your choice.

The smartwatch comes in two iterations 42mm and 46mm, and sports a vibrant 1.3-inch Super AMOLED display (360x360 pixels). The colours pack a punch and the display also has an Always-On mode.

The watch is resistant to smudges, which is a positive.

The Galaxy Watch 4G supports eSIM (Airtel and Jio) and this means you can be untethered from your smartphone for long periods of the day. You can make and receive calls with the watch’s in-built speakers and even connect it to a Bluetooth headset.

Having support for 4G means that you can cut down on the time you spend staring at your smartphone screen. The Galaxy Watch 4G allows you to easily browse through notifications, change songs, track fitness routines, and much more, without having to lug the smartphone around everywhere.

Samsung’s Galaxy Watch 4G doesn’t run on Android Wear (which is the most used OS for Android-based watches) but operates its own open-source platform called Tizen. The watch dial can be used to rotate through the operating system.

The UI is highly intuitive and you will get used to it in a few minutes. You can swipe down to bring up the control centre, rotate the dial leftward to see active notifications, and rotate it rightward to access all the widgets.

The top button on the right is to return to the previous screen, while the bottom button is to go to the app centre. It’s simple and uncluttered.

However, the one thing missing from the Tizen platform is apps - those we use on a daily basis. You have Spotify to stream music and some gaming apps too. But, that’s about it. On the Galaxy Store, you’ll be spoilt for watch faces though.

Over two days’ worth of battery life

Arguably the best part of the Galaxy Watch 4G is its battery life. The 46mm variant of the watch comes with a 472 mAh battery, easily making it the best among competitors.

We turned on the 4G LTE, streamed music on Spotify, made calls using Bluetooth, kept brightness levels at a high, and even kept the Always-On mode turned on. Despite all this usage, the battery lasted more than 48 hours on a single charge. That is significantly higher than the Apple Watch Series 5 and a few others.

Samsung claims that with regular usage, you can make the battery last for 80 hours.

The primary reason to buy this smartwatch is to track your daily fitness routine.

Acting as an extension of your smartphone is one thing, but doubling up as an accurate fitness tracking device is what most users look forward to. With multiple sensors, the Galaxy Watch 4’s steps-tracking, heart rate, and sleep monitoring is very impressive.

As a bonus, the watch comes with water resistance up to 50 metres down, which means you can take it for a swim and track your swimming routine too.

Is it worth a purchase?

If you’re in the market for a smartwatch and aren’t tied down to the ecosystem, then the Galaxy Watch 4G is a good buy. The device is here to untether you from your smartphone for long periods, tracking your fitness levels accurately, and help you communicate through the watch.

If you’re not an iOS user, you might want to consider the Samsung Galaxy Watch 4G!