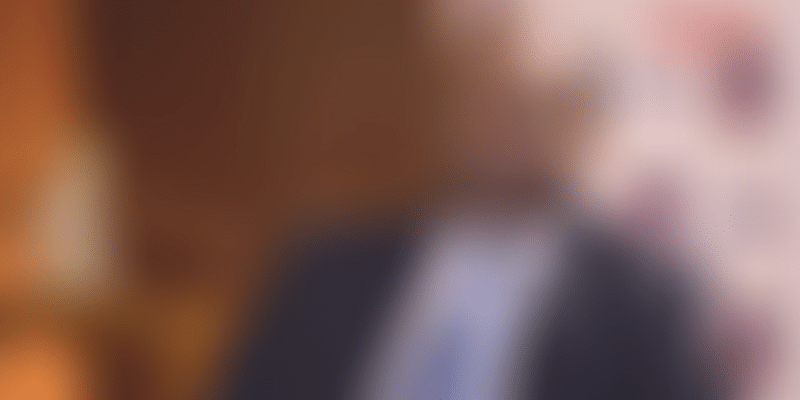 In an exclusive interview with SBI Chairman Rajnish Kumar, YourStory finds out more about how India’s largest lender is tapping technology to grow its customer base and the NPA situation.

Across the world, digital disruption is taking place at every level in the banking industry. With new technology taking centre stage and customer expectations rising, banks are thinking in new and innovative ways to retain existing customers and attract new ones. Chief among them is State Bank of India (SBI), India’s largest bank with a 23 percent market share in assets.

Speaking to YourStory Founder and CEO Shradha Sharma, Rajnish Kumar, the Chairman of SBI, reveals how SBI has leveraged the trust Indians place in the bank and gone from strength to strength by adopting technology.

“We open between 80,000 and 100,000 accounts every day. So our customer base is growing. The older generation would not think of anything other than SBI,” he says. “But what of people who are relatively younger? For you, there are quite a few choices. So how do I attract you towards SBI?”

To target the burgeoning number of people who want to bank where they are, SBI is working towards a digitisation makeover. The bank started its biggest digital initiative about three years ago and brought it to the customer two years ago by launching YONO, its flagship programme.

So, what is YONO?

“Literally, it translates into ‘you only need one’. So this is not just for banking; it can take care of your investment needs, online shopping, bill payments, and other tasks,” Rajnish says.

“We have directed more than 200,000 clicks every day. The platform is being developed not only for individuals, but for businesses, farmers, everyone,” he says.

The platform has seen great success, with the number of users rising to 1 crore and 43 lakh in less than two years. “Just a couple of days back, the registration on a single day was 75,000 people,” the chairman reveals.

According to an IBEF report, the Reserve Bank of India (RBI) says India’s banking sector is sufficiently capitalised and well regulated. The report adds that credit, market and liquidity risk studies suggest that Indian banks are generally resilient and have withstood the global downturn well.

The country's largest lender is said to have written off loans amounting to Rs 61,663 crore in the financial year ended March 2019. The bank wrote off Rs 40,809 crore in FY18, taking the total to Rs 1.02 lakh crore in two fiscals.

Speaking on this issue, Rajnish says: “Asset quality has been a major issue with all banks in India. FY18 was the worst year in that sense because of the asset quality review carried out by the RBI, especially for SBI on account of the merger with six other banks. Since then, the gross NPA and net NPA has been coming down consistently.”

He says last year “was better” for SBI, but this year has seen “some deterioration”. He however adds that the bank will always have to take the baseline scenario and provide for “deviation from the mean”.

“Deviation from the mean means that in a year where we underwrite large credits and if any goes down, then we have to pardon that deviation. All large credits when underwritten and given are highly rated; if these default, they cause the maximum problem,” Rajnish says.

However, quarterly results of banks are now being released, and all public sector and private sector banks have shown improved performance as far as NPA management and profit is concerned, he adds.

With Gen Y in mind, State Bank of India rides the digital wave