[Techie Tuesday] He wanted to be a mechanical engineer, but blogged his way and built CRM company HubSpot 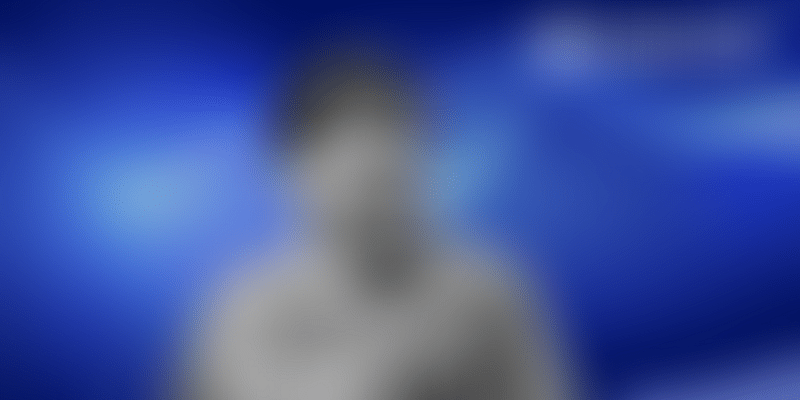 This week on Techie Tuesday, we feature Dharmesh Shah, CTO and Co-founder of global marketing and CRM software company HubSpot. Apart from continuing to play with code and take his company to greater heights, he’s now an angel investor in the Greater Boston Area.

Dharmesh Shah, Co-founder and CTO of global marketing and CRM software company HubSpot, is clear about one thing. "The first rule of disruption is: you do not talk about disruption."

The 52-year-old founder of HubSpot, which offers the industry's first inbound marketing system for small businesses, had a serendipitous foray into the world of entrepreneurship. And the self-confessed introvert has come a long way since then, disruption-wise and otherwise.

Dharmesh began by working as a software developer at Birmingham-based SunGard and went on to found Pyramid Digital Solutions, a software company that was later acquired by SunGard. Along the way, he started OnStartups, an extremely popular blog that now boasts of 350,000-plus subscribers worldwide.

In 2006, he, along with Brian Halligan, launched HubSpot, which offers a full stack of software for marketing, sales, and customer service, with a completely free CRM at its core. Headquartered in Cambridge, Massachusetts, the company now claims over 68,000 customers in more than 100 countries use their software to grow their business.

But despite being the brains behind a company valued at more than a billion dollars, Dharmesh still finds himself playing with code. "It just feels like something that I was always meant to do," he says.

Dharmesh is well versed with the dictum, ‘change is the only constant’. He shuttled between 18 schools during the 20 years of his education as his parents moved between India, Canada, and the US. His father was an electrical engineer and his mother a homemaker.

Calling himself "an introvert" and "not a people's person", Dharmesh says he spent his early years in Bilimora, a small town in Gujarat. He went to the US for a few years because his father was on a student visa there, and returned to India to finish high school.

After high school, he began studying mechanical engineering in India. In the US for a summer break, he decided to take a summer course in computer science at Purdue University; his interest in mathematics had led many relatives to suggest his looking at options in computers. This was during the late 80s and early 90s.

The course – and subject - sparked an interest that refused to die. Dharmesh decided not to go back to India to finish his bachelor’s course; he decided to get a degree in computer science from the University of Alabama, Birmingham.

This one change led to a constant in his life: software development.

"I liked the thought of being able to craft something inside your head and convert it into something that a machine would understand," Dharmesh says.

In 1992, a year after graduating from the University of Alabama, he began working as a software developer at SunGard Employee Benefit Systems in Birmingham. He built a good rapport with his bosses and organisation but in 1994 decided to quit to pursue another dream: entrepreneurship.

Coming from India, where the mindset wasn’t in favour of starting up – especially back then – it wasn’t easy. Dharmesh also did not seem to display the qualities of a typical founder: the ability to aggressively sell, connect with people, and network relentlessly.

But at 24, when he didn’t even have a bank account, Dharmesh decided to take the plunge. He bootstrapped Pyramid Digital Solutions, a software company for financial services, with a personal investment of under $10,000.

"I had a sense of what made computer programmers happy, which was a need in the marketplace, especially in financial services. The good thing about software, in terms of starting companies, is that it doesn't really require a lot. All you really have to do is buy a computer and spend some time with it," Dharmesh says.

Over the course, SunGard became a distributor to Pyramid Digital, and as the latter started to grow, so did competition. Subsequently, SunGard approached Dharmesh multiple times, seeking to acquire Pyramid Digital, which was already making over $15 million in sales every year.

Worried about lower price and valuation, he ran the startup for a few more years to be confident of getting a fair price. After running it for 11 years, he decided to get a clean exit and figure out what he wanted to do next. Dharmesh sold the startup to SunGard systems in 2004 for an undisclosed amount.

The next question was simple: what next?

"I always wanted to do a master's in computer science, but realised I was already way too deep into it. My family recommended that I do an MBA if I wanted to run a business, saying it would give my career some balance," he recalls.

Between 2004 and 2006, Dharmesh went to Massachusetts Institute of Technology (MIT) to do a master's in technology from Sloan School of Management. This was where he met Brian Halligan, now Co-founder of Hubspot.

At MIT, he was required to write and submit a thesis; the subject he chose was patterns and practices followed by modern-age software entrepreneurs. His thesis advisor said Dharmesh needed real data and industry perspective, not his opinions and insights.

The idea sounded unpleasant, mainly because that would "need interaction and networking". Dharmesh found a way out by starting a blog to get comments and insights that he could use in his thesis. His onstartups.com is active till date; it now has more than 350,000 subscribers and is the go-to place for numerous developers and product owners.

"I wrote about startups, about the things I'd learned from my own entrepreneurial experience, and the insights I got from interviewing several software entrepreneurs at the time. I may have only been a student, but they were happy to help," Dharmesh recalls.

The birth of Hubspot

His insights revealed that most startups struggled with their marketing before digital marketing became mainstream. Companies had to either cold call or meet with potential clients at events and forums, acquire leads, and convert them into sales.

Brian was then working at Longworth Ventures, a Massachusetts-based VC firm. The duo met every weekend and exchanged ideas to see what they had learnt from their work. When Brian looked at the traffic OnStartups was generating, he was shocked; none of his portfolio companies ever got as much traffic on their websites.

Putting these variables together, Brian and Dharmesh came up with the idea of HubSpot. They started it in June 2006 when Dharmesh was almost completing his master's course at MIT Sloan.

Today, the marketing tech and CRM software company, headquartered in the Boston area, has offices in Portsmouth, Bogota, Berlin, Dublin, Paris, Tokyo, Sydney, and Singapore. In over six funding rounds, the company has raised more than $100.6 million from the likes of Google Ventures (GV) and Sequoia Capital.

With 12 acquisitions and 10 investments to its name, Hubspot went for an IPO when it was valued at only $759 million.

[Techie Tuesday] From selling his startup to Facebook to building ‘the mother of Alexa’ - Kumar...

Before building the platform for Hubspot with Brian, Dharmesh had a dilemma: to choose C sharp (C#) or Python for the development of the platform.

He chose C#, due to one strong and dominant factor: "I was more productive in C# and that mattered a lot."

"In the early days of a startup, you’re looking to mitigate unnecessary risk and get to market as fast as humanly possible. Within reason, my general advice is to go with what you know," he says.

He picked C# and .Net, which he says he would not have if he had to build HubSpot all over again. Dharmesh says he made the choice rationally and because he was solving for the company. It worked well and the company is now an industry leader in marketing and CRM software.

Starting with C++ and transitioning to C# and on .net, Hubspot was on Rackspace's cloud for hosting. With Rackspace, it was easier to push the product out to deployment, without having to worry about infrastructure. However, over time, as more engineers started to join the company, Hubspot had a VP of Engineering who wasn't comfortable with the then-existing closed environment, but only open-source databases and OS.

Dharmesh soon got the backend to switch to Java and Python. The product at HubSpot is now entirely run on Java, while Python is where the machine learning happens.

He says that there will definitely be a time to learn new things and experiment with new technologies, but the early days of a product's development and deployment are never the best time.

"Either you need to know the language completely yourself or you need to have immediate access to people that you can rely on and that do," he says.

Several things in the tech world have completely changed, be it databases or operating systems, since Dharmesh began his journey. However, he continues to believe in the fundamental idea of just writing software code.

"I am a big believer in the consistency of writing code, no matter what. The tech world and engineers today should inherently try to solve a problem that's worth solving, but not do it for the sake of high salaries. The goal is to become perfect over time at your craft."

Apart from focusing on tech, Dharmesh is now also an active angel investor in the Greater Boston Area. He has invested in as many as 83 startups so far, of which 28 saw exits. Some notable investments include AngelList, Orb Intelligence, Nimble, Life360, Coinbase, and Change.org.