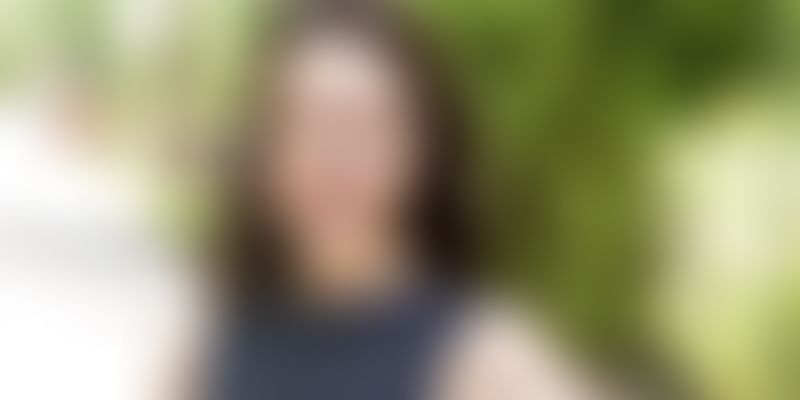 Courtney Powell, the COO of VC fund 500 Startups, believes that India’s startup ecosystem has evolved, and founders are keen to take their products global. She says the country is high on innovation and aims to tap ground-breaking hard tech ideas.

On a cold windy day, the San Francisco downtown area is bustling as office-goers navigate rush hour. And at the 500Startups office, on 814 Mission Street, the energy reaches a crescendo.

A sign at the entrance sets the stage: “Use the Force, Luke”, a reference to the Star Wars movie franchise. Inside, a delegation from Singapore is being told about the power of the community in the Valley. Leading from the front is Courtney Powell, the COO of 500Startups, an early-stage venture fund and seed accelerator founded in 2010.

In July, Courtney took over as COO of the VC fund that is known to have created 16 unicorns and has more than 66 companies valued at $100 million globally. As she puts together the final papers for the announcement of batch number 26, the winter cohort of the accelerator/fund, she speaks about how India’s startup ecosystem in India has evolved and matured.

“Walmart's acquisition of Flipkart changed everything for the Indian ecosystem. Founders in India now want to understand how they can take their products global. The conversation isn’t just about funding anymore; early-stage entrepreneurs want advice on going global,” Courtney says.

I for India, I for innovation

India is no longer an emerging market for 500 Startups. It believes that Indian founders have ideas that are “advanced”.

Courtney elucidates this by drawing a “mind map” on the white board. She points out that the evolution of every market begins with clones, goes on to region-specific startups that go global, and finally to technically strong startups with an emphasis on innovation.

“For me, India is about innovation. It has a strong technical base, great schools, and a media that is giving startups global exposure," Courtney says.

500 Startups is now taking the Indian story to its board and trying to reconstitute the approach to make India a strong base and find startups that can become large businesses.

The VC fund has three unicorns in Singapore; Grab is one of them. The firm believes that India has enough idea-stage companies that can make it big.

A peek into the past

Courtney herself joined a startup at the age of 19 years and has since gone on to make it big. She was part of Batch 4 of 500 Startups’ San Francisco-based seed accelerator programme in 2012 as the Co-founder and CEO of PublikDemand. She went on to become CEO of Agent Pronto, one of the largest real estate agent referral services in North America, which was ultimately acquired by Fidelity National Title Group.

Immediately prior to becoming COO at 500 Startups, she was the Head of Corporate Development at Keller Williams, the largest real estate franchise in the world, with over 170,000 agents doing more than $330 billion in gross sales volume during 2018 alone.

During her time at Keller Williams, she established the company’s first corporate innovation programme, and worked with Keller Capital to invest in and acquire tech companies in the real estate space.

“People ask me why there aren't many women tech founders in this country, and I believe it is because at a very young age women are made to believe they cannot do hard tech. I worked very hard to succeed. I feel women have to be vocal about their household duties; they must be proud of their families and also believe that they can make a difference,” Courtney says.

She feels that a founder needs to have family support for a startup to succeed. Courtney believes she is very open with her children about her busy schedule and that she spends as much time as possible with them.

“Not everyone needs to be a founder of a company. To run a startup, one has to be obsessed with an idea and the mission to execute the idea.”

Under her, 500 Startups believes that founders must be able to articulate their ideas with simplicity through their lives and aims to be the platform of their choice. The VC fund has invested in 76 Indian companies so far.

To help the ecosystem grow further, 500Startups has created partnerships with universities, corporates, and angel investors to guide startups at the seed stage. Downstream, it has created tie-ups with corporate funds and large VC firms. It works with Oracle to help startups to get free cloud credits, and with companies like Mitsubishi and General Motors to help startups get up to speed with innovation.

In India, 500Startups is keen on fintech, mobility, and property tech, but Courtney says the fund is industry-agnostic and looking for good ideas. That said, she reiterates that starting up is not for everybody.

“Once you have been a part of a startup, the ecosystem understands the hard work that you have put in. If the startup fails and you want a job, a founder should be articulate about the learning, the risk tolerance, and the ability to handle operations. This adds enormous value when you look for work. Corporates want people with entrepreneurial mindsets to work for them,” she says.

500 Startups began exploring India as early as 2011, shortly after it was founded, and long before most Silicon Valley venture capital firms took an interest in the region. What began as exploratory travels to Delhi, Mumbai, and Bengaluru to learn more about the nascent startup ecosystem turned into investments into a number of promising Indian companies.

In an earlier interview to YourStory, Courtney said the VC fund was thrilled to see the progress in India since they began investing here in 2011, and intended “to prioritise the country as a market for investment and expanded opportunity in 2020”.