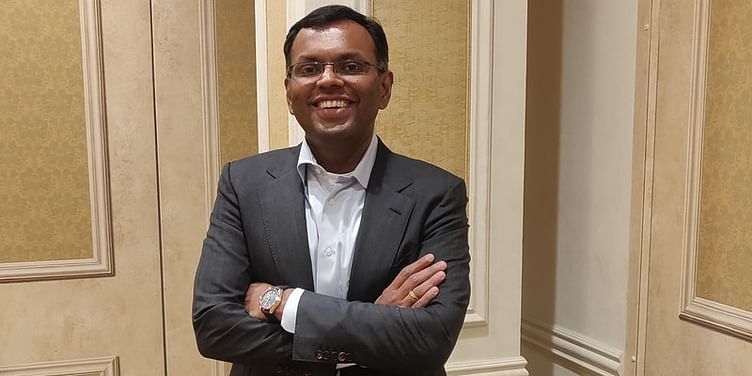 With AWS SageMaker, Swami Sivasubramanian and his team have created a service that has made machine learning models available across use cases and industries. At re:Invent 2019, the Machine Learning head speaks to YourStory.

Many believe SageMaker, the machine learning (ML) service from Amazon Web Services, has truly democratised the adoption of artificial intelligence (AI) and data science by making it available for developers, corporations, and laymen alike. What you may not know is that the idea behind this AWS offering took root in Chennai a few years ago, when a software engineer on an annual pilgrimage back home was nursing a bad bout of jet jag.

In an interaction with YourStory, in Las Vegas for the AWS re:Invent 2019 conference, Swami speaks about how cloud computing began with a clear idea of bringing down IT infrastructure costs for corporations.

"We started with a bleeding-edge promise of bringing a variable expense to IT infrastructure rather than invest in capex. Fast forward to today, it is all about data and how you can leverage data at scale," he says.

Agility is the name of the game for businesses, whose IT ops have moved from expensive procurement to creating cloud instances in a matter of minutes.

In 2005, CTO Werner Vogels and CEO Andy Jassy were looking for talented people to build large-scale distributed systems at AWS. Swami was the perfect fit, and 15 years later, cloud is the new normal for enterprises.

"Innovation was the key. We built the cloud for ourselves and then wondered why enterprises can't use this too. That's how AWS came about. Today, we have millions of active customers. Now, they want to know the power of AI," Swami says.

Chennai-born Swami travelled from the outskirts of the city to College of Engineering College, Guindy, to get his degree. Having started out with little exposure to computers, he went on to finishing his master’s in the US, and his PhD in the Netherlands before heading back to the US again for his dream job at Amazon. Swami is now a Seattle native where the top brass of AWS sit.

It was on a trip back home that got Swami started on SageMaker.

In 2015, ‘artificial intelligence’ did not appear even in the top 10 keyword searches on the internet. Today, it is the umbrella under which fall many technologies like deep linking, ML, neural networks, and computer vision.

The four-week holiday began with some serious jet lag for Swami. "I don't do well when it comes to time zones," he laughs.

On those sleepless nights, Swami started mulling over AI’s use cases. He wondered if he could build ML algorithms himself.

"ML is not something that every organisation can master as its algorithms are not easy to build. You need specialised computer resources. We wanted to make ML available to companies, which was so easy to use that they need not employ data scientists," Swami says.

He then spent the following four weeks teaching himself deep learning algorithms and applications, and wrote a paper on how AWS should implement AI and ML. He read several academic papers including Caffe, a deep learning framework made with expression, speed, and modularity in mind as a start.

A month later, he was back in Seattle where close to a dozen people were waiting in anticipation to see what Swami had come up with. At that time, Amazon was using ML within the company but had not yet thought about offering it as a service to other organisations. Questions swirled around how AWS must take AI to enterprises and how it should scale it.

Swami was already a senior executive at AWS and his paper on ML to his team made absolute business sense. He was then given the mandate to head AWS’ journey of building AI and ML as a product offering. Four years later, AWS Sagemaker is one of the most sought-after services from AWS.

Swami got on board 10 of the world's best data scientists and began to lay the groundwork for the entire architecture of the ML service. Right from the abstraction layer to the ML frameworks, everything had to be detailed and ironed out. The goal was to build an operating system for ML.

"The goal was to make it as easy as writing software and very accessible for businesses," says Swami.

Today, NFL, F1, and Intuit use the AI of AWS to work with their stakeholders. For example, Intuit uses AI to help their customers manage their expenses better. Most of Intuit's customers are SMBs that have to manage their working capital in order to stay cash-positive.

In the past four years, Swami's team has built many services used by large companies like GE.

ML frameworks afford choice and flexibility for businesses, which can choose from TensorFlow, PyTorch, Apache MXNet, and other popular frameworks to experiment with and customise ML algorithms. Amazon Aurora enables clients to add ML-based predictions to applications via the familiar SQL programming language, so they don't need to learn separate tools or have prior ML experience.

And there is the Amazon SageMaker itself, which allows developers and data scientists to quickly and easily build, train, and deploy ML models at any scale. It removes the complexity that gets in the way of successfully implementing ML across use cases and industries—from running models for real-time fraud detection to virtually analysing biological impacts of potential drugs and predicting stolen-base success in baseball.

Swami, who is very affable in person, is giving back to people who want to learn about AI. The AWS team has launched the ML University with a certification programme for anyone interested in the technology. Called the AWS ML Training and Certification Learning, the programme is free of cost and has had 100,000 sign-ups within the first 48 hours of its launch.

"All I have by way of advice for young graduates is that you must go deep within the subject that you like. If you like biology, learn everything about it and you will know there is more to learn. I was passionate about computer science and that's why I continue to learn. The fundamentals of mathematics, statistics, linear algebra, compilers, operating systems, and distributed systems are some of the things that every engineer must learn. Once you pass out of college you must challenge yourself and be curious all the time for the rest of your life. And, importantly, listen to your customers," says Swami, adding that one must be ready to get one’s hands dirty in order to reap the reward.

re:Invent 2019: AWS bets on 5G with launch of Wavelength