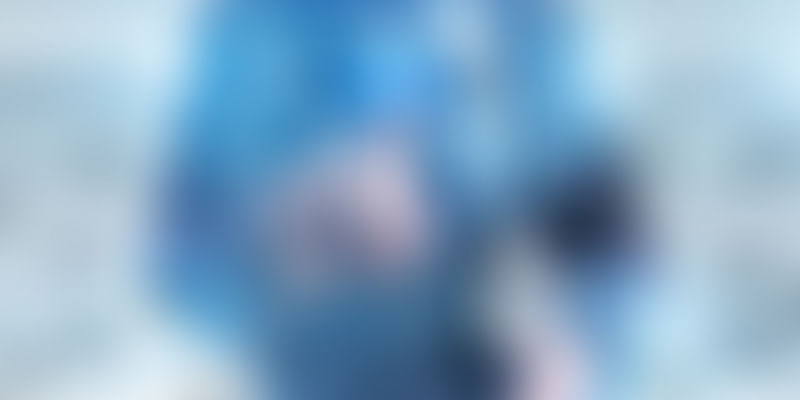 Today, SaaS is a $100 billion opportunity in India. The largest opportunities lie in the cloud business dominated by the likes of Freshworks and Zoho.

Software-as-a-Service (SaaS) has become an essential part of how modern businesses operate. While SaaS entered India over a decade ago and initially catered only to the overseas clients, Indian corporates and startups soon realised the benefits of software in the business functioning.

Looking at the trend, it is clear that a strong ecosystem of SaaS is building up. Not only are existing companies growing at a phenomenal scale, but upcoming startups are also perceiving SaaS as a potential option.

As a result, SaaS companies have experienced quite the growth in India. Freshworks achieved $100 million in ARR, Zoho is holding the fort and expanding in Mexico and South America, Cloud Cherry was acquired by Cisco, and KissFlow continues to grow.

At AWS re:Invent 2019, Andy Jassy, CEO of AWS, revealed that cloud has only achieved three percent market share in IT, which means there is a world of opportunities out there for businesses to grow. However, this also means the cloud is here to stay.

According to Gartner, the cloud includes SaaS, business process-as-a-service, platform-as-a-service (PaaS), and infrastructure-as-a-service (IaaS), which is forecasted to grow from $196 billion in 2018 to $227.8 billion in 2019. This is a significant jump in an era that is clearly looking at agility.

“The fact that we are expanding rapidly in Mexico, Latin America, and the US must tell you that companies are signing up the cloud," says Raju Vagesna, Chief Evangelist at Zoho, based in Austin, Texas.

This year, Freshworks also reached the milestone of becoming the only Indian product company to do roadshows and mega-events in the US, taking larger players like Salesforce.

“Imagine a product company from India going IPO in the US. But I cannot give you a time for the IPO. The vision is there,” said Girish Mathrubootham, Founder and CEO, Freshworks, in an interview with YourStory at their ReFresh event in Las Vegas earlier this year.

According to SaaS startup Blissfully, in 2019, the average company spent $343,000 on SaaS, and spent more on SaaS products than on laptops. Software tools are more expensive than the hardware it runs on.

The average cost per employee of SaaS subscriptions ($2,884) was higher than the cost of a new laptop ($1,299 for an Apple Macbook Pro).

Now, as more companies move to run entirely on SaaS, the software vs hardware spending gap is likely to widen. This year, we also saw disruptions in using data.

Let’s take a deeper look at what happened in the SaaS space this year.

Machine Learning (ML): Most solutions in SaaS now use artificial intelligence (AI) and ML to make suggestions and nudges to businesses.

Stitching legacy and the new: Enterprises are allowing API integrations, which means they want SaaS applications to integrate closely with their existing apps.

Pricing and branding: SaaS companies are now following single pricing across the world, and are looking at a platform-based approach. One can start with a simple desk solution and graduate to sales. But these customers will have one account manager regardless of the number of applications they sign up for. Zoho One and Freshworks360 single platform for sales, support, and marketing are good examples of SaaS companies pricing competitively as a single platform.

Content: If you go to the internet, there is so much content about using SaaS products. Founder of SaaS companies are talking about the advantages of moving to the cloud (pay as you go) and the cost of the application (pay per employee) being low. In a way, there is more content on using these modern-day applications than any other technology.

Vertical specific: While SaaS was largely horizontal, we also saw applications specific to industries such as restaurants (EagleEye) and manufacturing (StellApps).

According to Gartner, SaaS will remain the largest market segment in cloud. It is forecasted to end the year at $99.5 billion as a market opportunity, up from $85.7 billion in 2018.

The second-largest market segment is the cloud system infrastructure services, or infrastructure-as-a-service (IaaS), which will reach $50 billion in 2020. IaaS is forecast to grow 24 percent y-o-y, which is the highest growth rate across all market segments.

This growth is attributed to the demands of modern applications and workloads, which require infrastructure that traditional data centres cannot meet. No wonder companies like DHL, Honda, Cisco, Pearson, and Unicef have hitched on to the SaaS wagon as well.

Now, only time will tell if all the global enterprises will accept the cloud on a mainstream basis beyond the narratives of the benefits.

As the SaaS market heats up, this startup offers a solution for all your CRM needs