MR Rangaswami, a leading Indian-American VC in Silicon Valley, says India has witnessed phenomenal growth of startups in the last decade and is on the right track, but needs to address issues like liquidity and exits to get to the next level.

India, which has seen a phenomenal growth of startups in the last decade, needs to address issues like liquidity and exits to propel its startup culture to the next level, a top Indian-American venture capitalist from Silicon Valley has said.

MR Rangaswami, a well-known philanthropist who over the last one decade has closely followed the evolution of India's startup culture and has personally mentored a large number of them, said India was on the "right track".

"The main question mark in India's startup system is exits. Everything else is driving (the startups)... venture capitalists are investing, angels are investing, companies are starting, customers are buying. The only thing is liquidity and exits, (which) haven't happened at a pace that people would like them to be," Rangaswami said.

India has experienced a phenomenal growth of startups in the last decade, said Rangaswami, who is one of the leading Indian-American venture capitalists and angel investors in the Silicon Valley.

A unicorn is a privately-held startup valued at over $1 billion.

"So, when you look at where we started and where we've come it's pretty phenomenal. I couldn't believe it. I checked the numbers as defined by the government of India. It was only 1,800 (a decade ago)," he said, adding that India now has an ecosystem to do this.

"The success of the Silicon Valley is the ecosystem. It's not just the entrepreneurs, it is the university. It is venture capitalist, angel investors. It is the accountants. It is the lawyers. It is all of these people who know how to get it done," said Rangaswami who is based out of Silicon Valley.

An ecosystem for thriving startups in India is a result of the consistent efforts over the years by not only the government, which has launched programmes like Startup India, but also the private sector and multinationals like Walmart's and Target that actually have accelerators in their office.

"This has happened in India over time. You can see the results. I think employment in this sector is between 300,000 and 400,000 people now. The indirect employment is like a million-plus. Money raised has been in billions," he said.

Exits are starting to happen, even though exits in India are not as many as in the US. Flipkart is one. But there is a need for more to happen, that part of the cycle, which gives boost to startup funding, has not started yet, he said.

The Silicon Valley experiences about 50 exits like that of Flipkart every year.

"So that virtual cycle hasn't started, but it has the makings of all that," Rangaswami said, noting that they expect 75 to 100 unicorns in India by 2025.

Referring to the issue of angel tax, which has been a big impediment for venture capitalists to invest in startups, Rangaswami said the government looks to have ironed out most problems, but not all of them.

"Most of the issues have been ironed out. But that was a big impediment, because people would raise money and then they would suddenly get a income tax notice. It's pretty a big issue for startups, but it looks like most of the initiatives there have been fixed," he said.

Now, what India needs are IPOs and acquisitions so that more capital gets freed up for the next set of companies. At least two Indian startups Dhruva and Freshworks are now headed towards IPOs. They are both unicorns in the B2B space, Rangaswami added.

Describing tech sector as a shining part of India's economy, he said digital and IT services were where the growth is. There is growth, there is funding and new companies are coming up, he said. 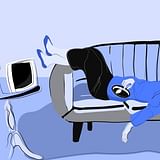 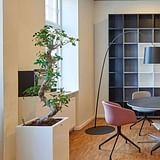