How Internet of Voice is changing the rules of digital marketing 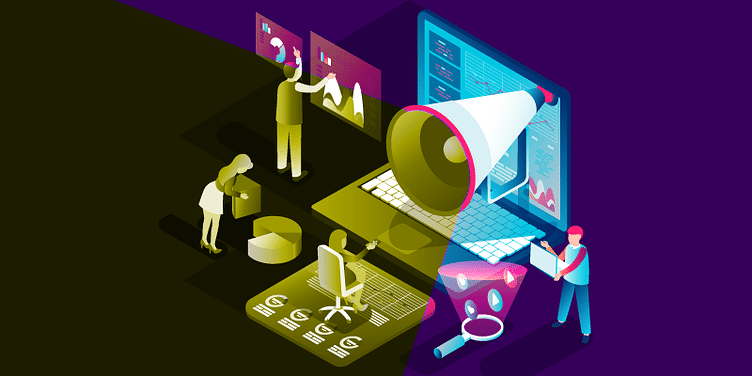 The Internet of Voice comes with a plethora of easily definable and stackable uses. Already voice assistants are answering queries, and it is only a matter of time when speaking to a website or assistant can enhance a brand and a solution… time to get that “voice over” right!

The first revolution of Internet, in 1995, involved connecting personal computers across the globe onto one giant web and make information available at the click of a button. The second revolution, around 2010, saw the emergence of social networks and enabled the human race to become one large family with everyone having the ability to connect with everyone else on issues of common interest. Now the third Internet revolution, led by voice, humanity’s most used communication channel, is going to result in a screen-less omnipresent Internet.

Presently more than 20 percent of search queries in India are already done by voice. And by 2020, 50 percent of all global searches will be voice searches. In fact, India is seeing 270 percent year on year growth in voice searches, as revealed by Google. One of the reasons for the humongous growth is because voice is faster than typing. Also in rural areas, where people can’t read or write in English, this technology comes handy. Since the Indian market is one of the biggest and fastest growing markets, big players like Amazon’s Alexa, Google Home etc, are now focusing and placing bets on Indian languages and the Indian market.

Some of the major players in the voice Internet market are:

There are fundamentally three ways in which consumers will engage with Internet using voices.

1.Replacing the keyboard by voice commands

This has an immediate impact on SEO. Google is the gateway to the Internet for any consumer and thus it is important for brands and businesses that they show up in a Google search. However search using voice is more conversational compared to search using a keyboard.

Eg : Voice search: Can you recommend a good Italian restaurant in Mumbai in my neighbourhood

Thus SEO strategy will need to be tweaked to include phrases rather than just key words.

Similarly website content will need to be more nuanced and conversational, akin to a chatbot engagement. Traditional websites are organised in the form of “About Us - Our Services - Contact Us” kind of linear structure. In a voice internet world, we need to envisage a consumer conversation with a brand website and create an interface that responds to a conversational question, assuming multiple possible paths in which the conversation can go.

The second and perhaps more revolutionary use of voice internet is the use of devices for interaction.

In the simplest form, these devices will be the likes of a Google Home or an Alexa. The market for these devices is now growing by leaps and bounds. Currently, these devices are being used to find answers to simple questions like “What is the weather,” “Play some instrumental music” and “Which movies are playing in town.” As these devices grow smarter, very soon they will replace the “family dog.” I envisage a voice device at some point becoming a part of the family, and actually engaging in conversations and providing inputs during a discussion.

As per Alexa, every day in the morning, thousands of people get up and say “Good morning” to their device… showing not only how people are making an effort to be polite to a piece of technology, but also the fact that these devices are becoming a part of our lives.

From a brand perspective these devices pose a major challenge. Unlike screen-based internet, where a Google query could list a whole bunch of responses on the first page of the search result, a voice device won’t call out so many results. It will call out a very limited number of results. In such a situation, how does a brand ensure that it figures in the results that get called out. Also brands will be forced to define a “voice” personality for their brand. When a brand responds via the Internet of voice… should it be a male voice or a female voice. What should be the tonality of the voice? Should it be preachy, or should it be funny?

Additionally, how would SEM work in case of a voice device? How do ads get activated in a voice search? I am already seeing some initial examples of ads where before providing response to my query, the voice assistant runs a 15 second brand ad. While opportunity for putting out multiple search results and multiple ads may decrease substantially in a voice search, I think the number of queries (and thus opportunities) to engage with consumers will increase dramatically.

Perhaps the most significant impact of voice will be seen in IoT devices. With embedded chips in pretty much every device or gadget, which can be then linked to the Internet, one could actually “talk” to any device. So you could ask a light bulb to switch itself on or off; or you can ask your fridge to order supplies via your preferred e-grocery store; or you can ask you washing machine to place a service request with the manufacturer. And then of course, you could have a driverless car that not only ferries you from one place to another based on your voice command, but can actually have a conversation with you based on your mood, play music of your choice or book a spa for you on your way back from the office… if you sound too tired. More and more companies are jumping on this bandwagon. Already, Ford lets you talk to your car, Huawei and LG let you talk to your phone and fridge and ADT lets you talk to your burglar alarm!

KidsMD, a voice-based application that runs on Alexa, helps provide parents answers to questions about children’s illness and also gets real-time information about drugs, procedures and how to treat their child. Parents find it more reassuring to “hear” the responses then seeing the responses displayed on a screen! Boston Hospital is attempting to use voice-based communication in the operation theatre. Doctors in the operation theatre take pictures of body parts during a surgery but labelling these pictures later becomes a challenge since the pictures look fairly similar. Using a voice assistant, the doctor keeps calling out the body parts as he keeps photographing them and the voice assistant does the image tagging. Or imagine pilots in the cockpit no longer referring to physical manuals or even their IPads. They can simply call out, and a voice assistant can provide the relevant answer in real time.

The Internet of Voice is truly the next big revolution, with some incredible possibilities.