[WATCH] Parag, Samir, and Rutvik of Inventus talk about oversubscription of India fund to the tune of Rs 369 Cr

In a conversation with YourStory Founder and CEO Shradha Sharma, Inventus Capital India’s Parag Dhol, Rutvik Doshi, and Samir Kumar talk about the India fund that got a favourable response from domestic investors.

Recently, Inventus Capital India closed its third fund at Rs 369 crores with 75 percent of its LPs being domestic investors. These are a mix of institutional investors, family offices, SIDBI, and Indian technology entrepreneurs.

An early stage VC firm, Inventus India invests in Series A rounds in internet companies across both B2B and B2C sectors. Led by Samir Kumar, Parag Dhol, and Rutvik Doshi, Inventus Capital Partners had raised two funds in 2008 and 2013. For the third fund, the team raised it between the three of them and decided to tap into the domestic market. The General Partners say they are happy to have been oversubscribed.

In a conversation with YourStory Founder and CEO Shradha Sharma, Parag Dhol, Rutvik Doshi, and Samir Kumar talk about the India fund that got a favourable response from domestic investors.

“Our target was Rs 325 crores, and we thought we would raise 50 percent from foreign LPs and 50 percent from domestic ones. But we’ve raised Rs 369 crores with 75 percent contribution from domestic investors. It is a truly homegrown, domestic Indian fund that will back Indian startups now,” says Rutvik Doshi.

The three form a team which is one of the very few teams in India which is investing together for over a decade now.

With an entrepreneur-first approach, the team backs entrepreneurs building businesses based on capital efficient models. The three investors actively engage with the founders and help them become large and successful businesses.

Rutvik says, “Also, importantly, we have a track record of selecting businesses which have become foundational businesses over a period of time. Not only companies which are in the portfolio but also the ones which we have exited so far. Be it redBus that has gone into Naspers Ibibo, be it Instahealth that has gone into Practo, or be it Sokrati which has gone into Dentsu. All of these companies have flourished and the buyers have been proud of them.”

He adds, “Financially, these have given us good returns and we are happy to say that in all our funds at least in the India side of things, we’ve returned much more than the capital deployed in the country.”

One of the biggest endorsements for the firm has been that the entrepreneurs who they had backed in the past, who have exited, were the first ones to commit to them and write a cheque for the fund.

Historically speaking, domestic LPs have not shown faith in the capital-guzzling startup space. Is that changing? Are we seeing a shift at the macro level where domestic LPs are looking favourably at the venture capital and startup space?

Parag says, “If you look at China, it is a very different society and economy from ours. There, the shift happened 10 years back when international money changed to domestic money as far as investments go. I don’t think that will happen as fast in India as it happened in China. But what is happening here is that the third generation of traditional businesses are realising how important technology is. These are profitable Rs 500 crore and upwards businesses which are seeing the impact of technology.”

As an example, Parag says they have an investor who has a programme for investing Rs 10 crores every year into VC funds. “They are not only looking at deploying capital but also buy solutions from startups,” he adds.

Besides being VC, the three partners are also entrepreneurs in their own right having raised money themselves. How is it like for them?

Rutvik says it is about listening to too many nos. “It’s a very humbling exercise. It helps us empathise with the entrepreneurs who come and pitch to us and has taught us how to respect the founder’s time. So a lot of the lessons learnt from the founder keeps us grounded. In our business, we learn from them,” he says.

Rutvik says, “For example, seven/eight years ago, we invested in PolicyBazar even before fintech became a buzzword. Today, it is doing phenomenally well. Then we invested in Power2SME and Peelworks before B2B ecommerce was even coined as a term. We invested in B2B SaaS companies like Unbox and MoveInSync etc before B2B SaaS became hot.

"So in our business, if you are making a noise, then you are going and fighting with the same thing that everyone is going after. We believe what we do well is to find those diamonds before they become the buzzwords.”

Parag, adds that as a firm, they back founders who have their fundamentals correct. “Blitzkrieg comes with risks. That’s what we would like to see in an entrepreneur,” he adds.

Pointing out the Indian startup space is here to stay and grow, Parag says, “Flipkart’s deal was a signature event, then the Reliances of the world getting into buying businesses (was proof in eating the pudding), the Japanese, who think 100 years ahead, they are coming in, and so are the Chinese. So all of this increases the pool of acquirers. The M&A market in India should improve substantially in the next few years in India.”

Editor and writer at YourStory Media. 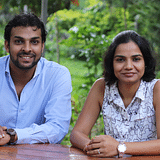