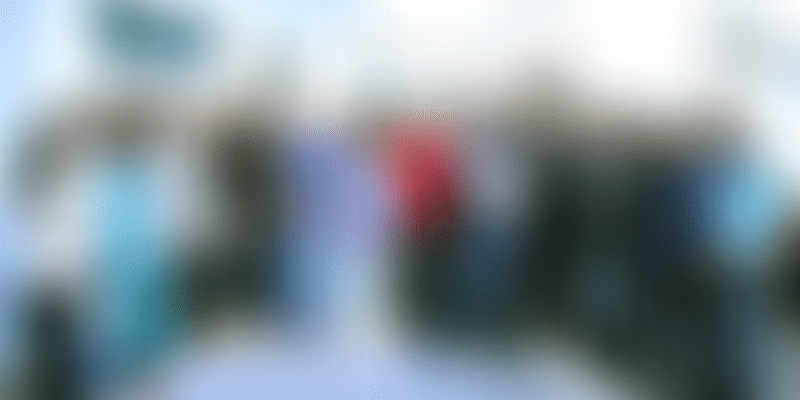 Online marketplace Gympik has expanded its offerings with a SaaS platform to help fitness centres have a clear view of their leads and information on members and staff.

Change is the only constant. the Indian startup ecosystem has so enthusiastically embraced this adage that young firms are on the constant lookout for the next new opportunity. On this path is Gympik, the Bengaluru-headquartered online marketplace for fitness centres and gyms, which has expanded its scope of offerings in the software space.

Since the launch of its services in 2015, Gympik has built a network of 15,000 fitness centres and gyms across the country with more than half a million visitors on its site every month contributing to 10,000 leads per day. However, this marketplace aggregator sniffed out a lag on the fitness centre side; it was not able to capture the full business potential of the leads generated from Gympik.

Amaresh Ojha, Founder & CEO, Gympik, says, “We saw that despite the leads generated from our platform for fitness centres, whether in the form of calls, emails, or SMS, they were typically lost. That is when we decided to build a SaaS platform.”

This March, Gympik created its own software platform, called Traqade, which is focused on the requirements of the fitness industry and works on the software as a service (SaaS) model.

Amaresh says he noticed that existing software platforms or packages were either too localised or expensive for fitness centres.

“We decided why not we fill this gap where our software can address all the pain points of the fitness centres and, more importantly, is available at a competitive price point,” he says.

Gympik’s Traqade performs three key functions: first, it allows for automatic flow of data so that fitness centres do not lose any of their leads, which come in various ways and forms; second, it allows for deeper customer engagement, which creates higher stickiness; and lastly, it also focuses on customer retention through mechanisms like automatic renewals, remainders, etc.

Traqade has been built in such a fashion that both single-owner fitness centres and big chains can use the dashboard. “Our software caters to multiple use cases and multiple logins, which may include the owner, front desk, trainers, and members,” Amaresh says.

“Our system provides the entire information on a dashboard. Much of the work that was done manually earlier is reduced,” Amaresh says.

Gympik offers Traqade at an annual subscription rate of Rs 18,000. Amaresh claims that many other established companies that provide similar software charge around Rs 20,000 per month.

Today, Gympik claims around 500 customers for Traqade, all of them having come through the inbound sales route without any aggressive marketing. Majority of the customers are from India; a few are from Bangladesh and the Gulf region.

“After installing Traqade, our gym saw a threefold increase in our monthly revenue while our sales doubled,” says Varun, Manager, YC Fitness, Bangalore.

The fitness industry in India is a Rs 8,000 crore market, and has been growing at 20-30 percent every year.

With more than 25,000 clubs and 22 million club members across the Southeast Asian region, Gympik aims to grab its own share of the fitness industry software opportunity poised to be more than $373.5 billion by 2023.

The startup has set a target of on-boarding 2,000 fitness centres and gyms onto the Traqade platform by the end of the 2020. “I am very optimistic that this will be a big market. This is a niche segment and we would like to go deeper into it,” Amaresh says.

Gympik now wants to take Traqade beyond Indian shores, and is targeting three key markets next: Malaysia, Indonesia, and the Philippines. It already has a presence in these markets as an online discovery site; Traqade will be an extension of its offering.

“We will get into these markets by March next year and already have our sales team in place.”

As of now, Gympik does not have any plans to raise additional rounds of funding. Amaresh says the startup has raised around $5 million till now and is looking to become cash flow-positive by the end of 2020.