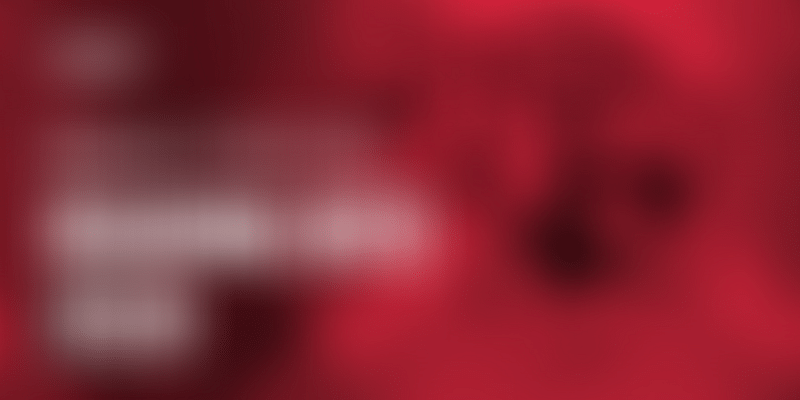 As we enter a new decade, Indian startups are poised to begin the year 2020 with fresh enthusiasm as they get ready to conquer new peaks with new technology and business models, powered by unbridled entrepreneurship.

The Indian startup ecosystem has seen significant growth in the past decade, with many of India's homegrown startups developing innovative solutions that have gone on to disrupt the industries that they operate in and take on established players across the globe.

And this trend -- experts and Indian startup industry observers say -- is poised to continue in the new decade too.

As we step into 2020 and usher in a new decade, the Indian startup ecosystem has much to look forward to, and there's a palpable sense of enthusiasm and optimism for the year ahead, albeit mixed with a tinge of anxiety as concerns over the impact of a macroeconomic slowdown weigh.

YourStory's Top 50 NewsMakers: Indian startups who ruled the headlines in 2019

Even as the year 2019 saw the creation of around nine new unicorns, with the Indian startup ecosystem attracting investments of close to $12 billion, the later part of the calendar year was marred by controversy surrounding WeWork and a slowdown in the domestic economy.

However, industry observers believe these trends from the latter half of 2019 are unlikely to have a significant negative impact on Indian startups, particularly given the fact that India's entrepreneurial ecosystem emerged as one of the shining stars of the Indian economy.

In fact, 2020 paves the way for a new decade that could well see the country move up from its current third rank in the global startup ecosystem and continue to attract capital and create new unicorns.

Flipkart, Ola, Paytm, Swiggy, and Freshworks -- the brightest stars of the Indian startup ecosystem -- have now become household names, with more startups being added to this group in 2019, particularly with the emergence of new unicorns like Delhivery, Bigbasket, Dream11, and Druva to name a few.

As industry observers say, the startup ecosystem in the country will go through a course correction during this year, but the spirit of entrepreneurship is bubbling with energy.

V Balakrishnan, Chairman, Exfinity Ventures, says, “Actually, India could become the second largest startup ecosystem in the world, and it will continue to attract more capital. We will see the emergence of more unicorns, especially in the B2B segment. Overall, it is going to be an interesting year.”

This has resonated across the world with Google even writing a letter to the US Fed Reserve asking them to look into the strides made by Unified Payment Interface (UPI) and how the world’s largest economy could learn from it.

This, in fact, is a testimony of the strides made by the startup ecosystem in India.

“We see India as a place where we can find deep tech startups. It is no longer an emerging market for us where you see startup clones,’’ says Courtney Powell, COO of 500Startups, which is headquartered in San Francisco.

The startup ecosystem in the country has also evolved over a period of time. If the business to consumer (B2C) was the flavour of the season at one point of time, it turned towards fintech, especially the revolutionary changes emanating from digital payments, and now it has moved into the world of software as a service (SaaS).

This evolution will continue, and the startups will continue to address the needs of those segments of the population, which fall outside the ambit of the typical English-speaking crowd residing in the metros.

“India has only 100 million English language speakers. Imagine the services that could be built for the rest of the population with tech. I see many Indian startups having a social cause when they set up a company,” says Michael Siebel, CEO at Y Combinator.

Amidst all this is the continued investor interest in Indian startups. The year 2019 saw Tiger Global, the leading venture capitalist and private player, coming back with vigour by investing in numerous startups, and others like Sequoia, Lightspeed, and Accel matching up to the tempo.

This looks like more or less compensated for the kind of hibernation that SoftBank went through in 2019, where it just invested in one startup – Lenskart.

There were 134 exits last year, and most of these exits remained undisclosed. According to YourStory research, Bengaluru regained its top spot in funding in 2019, especially after Delhi-NCR narrowly beat the city in 2018. The silicon city of India raised $4.3 billion with 273 deals, when compared to Delhi, which raised only $1.3 billion in 2019 with 73 deals.

Paytm, Udaan, and Delhivery were the top funded startups in 2019 beating Swiggy, Oyo and Byju’s, which were the top companies in 2018. Only Paytm had $1 billion investment in 2019.

The good news is that in 2019, Series B, Series C, and Series D rounds were good, and have all crossed more than $1 billion in total funding, unlike 2018, where only Series C saw a billion dollars in total funding.

Last year saw some rumbling within the startup ecosystem globally with very tepid listing of Uber and Lyft, followed by the WeWork fiasco, which was one of the brightest stars globally.

“It is a good thing all this happened as this was a result of irrational capital coming into the system. Hopefully, this year, startups will focus more on things like profitability, efficient business models, and unit economics.”

Fintech became the number one funded sector in 2019 by raising $2.5 billion. It was followed closely by the transportation and logistics industry, which raised $2.05 billion. Ecommerce remained third. Interestingly, Software-as-a-Service, which has never figured in the top ten funded industry for the last three years, entered the top ten.

Agriculture or Agritech saw the biggest rise since 2018, from just $64.5 million raised in 2018, the funding doubled to $177.9 million in 2019. Sectors like gaming, IoT, and AI continue to see a drop in funding over the last three years.

Despite these changes in the startup ecosystem and the looming threat of an economic slowdown in the country, the spirit of entrepreneurship remained very much vibrant.

Jyoti Bansal, Co-founder, Unusual Ventures, says, “I’m very bullish about the Indian startup ecosystem as it has gone through multiple waves.” He explains, the first came from the IT services segment, followed by consumer tech, and now the emergence of SaaS has created an opportunity to sell software products to the global markets from India.

As the startup ecosystem enters a new decade, it is likely to see new business models emerge, different breed of entrepreneurs will come to the fore, and there will be a different kind of or unique challenges to be solved.

Already, there are some early signs showing with the emergence of deep tech startups, which are not looking at some transactional services, but diving deep to solve issues at the core.

“The spirit of entrepreneurship is very strong in India and the economic slowdown will not impact Indian startups. We will continue to attract good quality capital,” says Balakrishnan.

Looking back at the Indian startup ecosystem in 2019