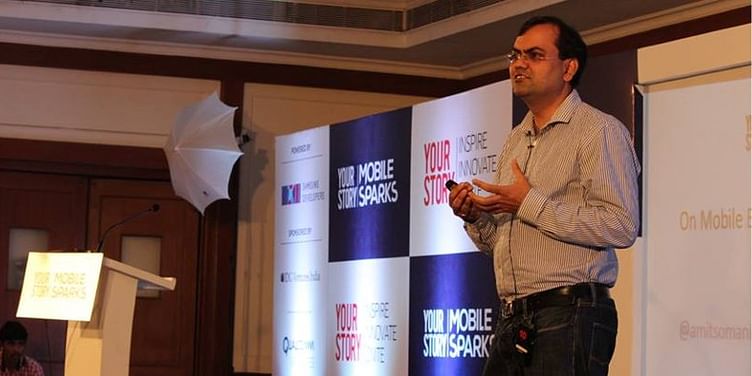 In this episode of Prime Ventures' Prime Knowledge video series, Amit Somani, Managing Partner at Prime Venture Partners, discusses the need for an economic moat and how startups can go about building one.

If you remember the fairytales and movies that depicted castles from history, whether they were set in far-flung England or India, they all had one thing in common: moats. Moats are the ditches or water bodies surrounding the castles that acted as the first level of insulation against outside breach by enemy forces.

You have to be the secret sauce in your startup: Prime Venture Partners’ Sanjay Swamy

“A moat is always the castle’s first direct line of defense. The absence of one posed a greater vulnerability to the forts and almost all castles that were considered strongholds had one.”

Amit believes startups too need moats but not of the physical kind. “In the context of startups and businesses, the term moat signifies something similar. Technically, it is known as an economic moat of the brand.”

What is an economic moat?

An economic moat is a set of defense mechanisms that enterprises have in their business models to provide some kind of protection against the market competition. Veteran investor and Chairman and CEO of Berkshire Hathaway Warren Buffett made the concept famous through his moat-driven investment philosophy.

Amit said, “With moats, businesses get that competitive edge in the market that the rivals can seldom match up to and the company remains protected under all market situations. Naturally, a brand with a solid moat assures itself of long-term profits, sustainability, and a healthy market share by successfully keeping the competition at bay.”

Watch the Prime Knowledge series with Amit Somani, brought to you by Prime Ventures, an early-stage VC fund investing in technology and product-focused businesses:

Similar to the medieval fortress moats, economic moats can also vary in nature. Two businesses may or may not have the same type of moat and can exist side by side in the same market. The following are some known types of moats for businesses:

Think of companies like Facebook, Instagram, WhatsApp, Visa, or Mastercard. The sheer number of users that they harbour on their platforms is their moat. Presently, no rival can match up to Facebook's 2.1 billion-user mark. And consumers still continuously flock to the brand to open a social media account. Every user that these companies add on now only solidifies their moat, and hardly anyone can penetrate the depths that they have reached.

In an emerging market like India, many enterprises look to achieve the cost moat. In other words, they look to minimise their cost of operation or production or customer service. The cost moat is indeed solid in any economy. If you can sell the same product or service at a lower price by giving the same level of quality, consumers will automatically buy from you and build your moat for you.

Probably the best moat of the lot. You are sure to have a product or innovation moat if your mousetrap is at least 10 times better than all others that currently exist in the market. Consumers will then feel excited to use your creation and will spread the word around if they liked the experience they got from your brand. Having your product as your moat will be your company’s asset and give you an impenetrable defense.

A few processes of your business can also be your moat. Take your hiring process or office culture, for instance. Having a great hiring process and company culture helps you recruit the best people for your organisation. Google has this moat. It has consistently ranked number one on Fortune’s list of best workplaces. Similarly, for Coca-Cola, See’s Candy, or Xerox, their brand is their moat. The products became synonymous with the names of these companies.

How do you build one for your startup?

For building your own moat, you must consistently perform a self-evaluation of your business and figure out which aspect of your enterprise has the potential to protect you against your rivals. It really does not matter which attribute you select as your moat. As long as it is unique and solid, you will be good to go and attract a lot of customers and investors.