Breaking the Stereotypes of Women in Technology 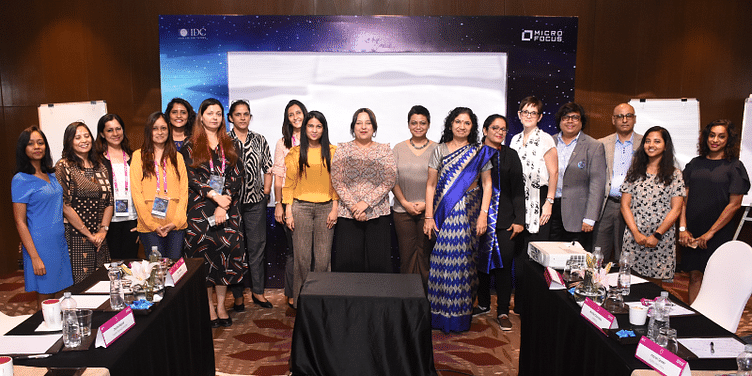 Women leaders working in technology speak on the biases, challenges and inclusivity in the workspace at a special ‘Women in Technology’ panel by Micro Focus

Various studies, reports and surveys across the years have suggested that a higher percentage of women in India study STEM subjects and work in the technology space as compared to the US or even many European countries. However, while the numbers are encouraging, they do not tell the whole story. In fact, women who do enter a career in STEM demonstrate an incredibly high attrition rate, especially at the mid-career level. Fifty-six percent of technical women leave tech companies within 10 years – more than double the dropout rate for men.

To get an insight into the reasons behind such trends, responsibility on corporates to bring women into the fold and what women can themselves do to chart a successful path in technology, Micro Focus, a UK-based pureplay software company, hosted a ‘Women in Technology’ panel in Bangalore and Mumbai recently. Invitees to the panel included some of the top female leaders in the tech space across companies such as Infosys, ﻿CleverTap﻿, State Bank of India, ﻿LinkedIn﻿, Reliance Jio and many more.

The closed-door panel with Genefa Murphy, Chief Marketing Officer, Micro Focus, kick-started with a fireside chat between Genefa and Sayantani Mukherjee Roy, VP & Managing Consultant at Archetype. Talking about her own journey of becoming the CMO of a large IT enterprise, Genefa, who is one of the only three female leaders at Micro Focus, said that women are always judged for the choices they make - especially if the choice they make is to put their career first. While there is a need for change in policy, code of conduct and attitudes in general, the onus is also on the women themselves.

“There is no shortcut to success. And while the onus is on organizations to create an environment of inclusion and diversity, it is also on the individuals to own their narrative.”

Drawing from anecdotes and her own experiences, Genefa also called out the underlying biases in the industry about the kind of roles women in technology play. The fireside chat then opened up into a forum discussion on ‘Making the unconscious, conscious’ which essentially tried to bring out the unconscious biases against women in the workspace.

While the Bengaluru edition of the panel saw women talking about their personal experiences with these biases – from assumptions that women won't do night shifts and questions raised on their promotions to prejudices in office – the Mumbai chapter focused more on the way forward to tackle them and the reasons behind why such biases exist in the first place.

Rebecca Kurian, Head of Marketing at LogMeIn spoke about how women need to drive the change and take control of the narrative when faced with biases. However, many of the women also agreed that an assertive woman at work is often seen as being arrogant or mean - adjectives not associated with men who assert.

Sunita Handa, Chief General Manager (IT_Channels & Ops), State Bank of India (SBI) steered the conversation into how company culture is an important aspect in inclusivity - from their wardrobe choices to the language they use.

“In my personal experience, women are better at negotiations, at looking at things from both micro and macro perspectives. And I feel, organizations need to hone these skills and motivate their women employees as much as they can.” Handa also emphasized that women should upskill themselves before getting back into the workforce after a career break.

Upskilling, choosing champions at the workplace, taking the lead in brushing off biases and not being bogged down by them found common ground in both panels. From how women bring a high level of emotional quotient to the workplace, to them being better at multitasking, the panel also discussed the need for getting more women into the fold.