Budget 2020: What is needed to unlock investment inflow into Indian startups? 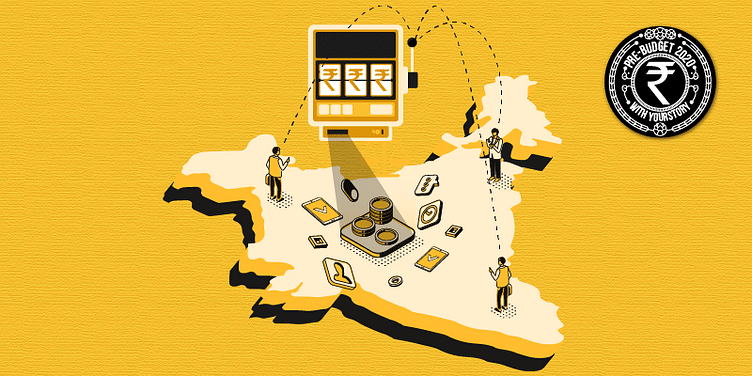 Indian startups and investors associated with the ecosystem are grappling with certain regulatory constraints. Think-tank iSPIRT makes suggestions on how Union Budget 2020 can help boost entrepreneurial activity in the country.

The key to entrepreneurial activity and the resultant startup ecosystem in the country is to unlock capital inflow, whether it is from foreign or domestic investors. But Indian startups seem to be dependent on foreign capital, while domestic investors form only a modest pool.

In light of the forthcoming Union Budget, iSPIRT has suggested a few measures that can bring about these changes.

YourStory accessed a document as part of iSPIRT's Stay In India initiative, where the think tank outlines the challenges plaguing the ecosystem and its suggestions:

Proposal: Lower the TDS rate by one percent to help alleviate the working capital crunch faced by startups and MSMEs.

Challenge: Globally, the differentiation in tax treatment on listed and unlisted securities is not prevalent. There is a disparity in tax rates applicable for capital gains of sale of listed securities (12 months) vis-à-vis sale of unlisted securities (24 months). Shares of startups are illiquid and riskier in comparison to listed equities. They lack a secondary market (like the stock market) and any transaction always results in direct investment into shares, which cannot be easily offloaded.

Proposal: By lowering the holding period for unlisted securities of startups, and companies that were registered as startups, to 12 months, and applying a lower tax rate of 10 percent on sale of unlisted securities of startups will help attracting a greater number of investors into the ecosystem. It will incentivise startups to maintain their headquarters in India and also attract rupee capital.

Taxation on ESOPs for startups

Challenge: India’s 40,000-plus startups currently employ over 7,00,000 employees directly, and over one million indirectly through the gig economy facilitated by them. India’s employee stock option taxation regime is geared towards listed entities, wherein the employees can liquidate the share upon exercise to enjoy the gains and pay any tax.

However, for unlisted shares (upon exercise of the options) there is no liquidity at the point of exercise but the taxes are to be paid under Rule 3(8)(iii) of the Income Tax Rules, 1962, “In a case where, on the date of exercising of the option, the share in the company is not listed on a recognised stock exchange, the fair market value shall be such value of the share in the company as determined by a merchant banker on the specified date.”

Currently, the determination of ‘Fair Market Value’ of the share is to be done by a merchant banker report. However, due to Section 56 (2)(viib) this FMV report cannot deviate from the price of the latest issue of shares at a premium since it would lead to two FMVs for securities at the same time, causing taxation issues.

Proposal: There is a need for rules where ESOPs are taxed on the difference between purchase price and the sale price. Avoiding double taxation will lead to ESOPs as an efficient tool of employee compensation and retention.

Challenge: The February 19, 2019 DPIIT notification, numbered G.S.R, 127 (e), which was actioned by CBDT on March 5, 2019 via notification no. S.O. 1131(E) helped alleviate the Angel Tax issues faced by Indian startups. However, the notification states that the exemption lapses in case the startup has or will invest or conduct any of the activities below a period of seven years after investment, inter alia: make capital contributions to other entities, make investments in shares and securities, give loans and advances (except in the case of lending startups).

These activities are required in the ordinary course of a startup’s life as they scale up, create subsidiaries, give advances to vendors, contribute to an ESOP trust, etc.

Proposal: Allow startups to make loans and advances in the ordinary course of business provided that the PAN of the recipient is reported. Also, allow startups to invest in shares and securities. These will finally bury any pending issues surrounding Angel Tax.

Challenge: Expenses of an alternative investment fund (AIF) are not allowed as deduction while computing taxable income leading to these expenses being considered as a “dead loss” in the hands of the AIF investor. Expenses of an AIF can add to up to 25-30 percent of its corpus during the lifetime of a scheme. Such a large chunk of a fund being a “dead loss”, which can’t even be passed through, set off or capitalised, decreases the attractiveness of AIF as an asset class. Budget 2019 spoke of the pass through of losses, not expenses.

Proposal: Allow the losses from management and operational expenses of the AIF to either be capitalised as cost of acquisition or allowed to be set off against the income. This will increase the attractiveness of AIFs as an asset class and allow for greater number of investors into Indian AIFs as opposed to entering India via Mauritius or Singapore.

Classification of securities held by AIFs

Challenge: There has been significant litigation in India around taxation of the gains from the sale of securities by investors with respect to its classification, viz, whether the gains should be taxed as “profit and gains from business and profession” or “income from capital gains”. The issue was clarified for foreign portfolio investors (FPIs) in 2014 with an amendment to the definition of “capital asset” under Section 2(14) to include any securities held by FPIs.

However, this has not been extended to Indian AIFs, causing friction between them and the tax department due to classification. Despite the February 2016 circular regarding classification, it is silent on the classification of short-term gains from the sale of securities.

Challenge: Category 1 (CAT I) and Category II (CAT II) AIFs have been granted pass-through status for taxation under Section 115UB and Section 10(23BA) of the Income Tax Act, 1961, bringing them on par with their global counterparts as pooling vehicles.

However, CAT III AIFs, which are pooling vehicles that invest into listed equities, do not have pass-through tax status, rendering their income to be taxed at the maximum marginal rate for their income earned, regardless of the tax status of the underlying investor. This has rendered CAT III as an unattractive vehicle for investors causing them to register as FPIs instead of investing into Indian CAT III AIFs.

Proposal: Treating CAT III AIFs on par with others will galvanise this asset class and increase the fund flow.

Investment from universities and public trusts into AIFs

Challenge: Universities in India are set up as public trusts. Currently, Rule 17C of the Income Tax Rules, 1962 governs the areas into which a public charitable trust under Section 11 can invest into as per Section 11(5) of the Income Tax Act, 1961. Investments are allowed in Sebi-registered mutual funds or notified mutual funds set up by a public sector bank or a public sector financial institution.

Proposal: Such changes will allow universities and public trusts into AIFs thus increasing the rupee capital participation in Indian startups.

Challenge: Section 54EE was introduced on April 1, 2016 to give a capital gains exemption of Rs 50 lakh for any gains invested into long-term specified assets defined as “a unit or units, issued before the Ist Day of April, 2019 of such fund as may be notified by the Central government in this behalf.”

But so far, the Central government has not notified any such funds, so no taxpayer has been able to avail of these benefits.

Proposal: The change in rule will increase the participation of rupee capital into Indian startups.