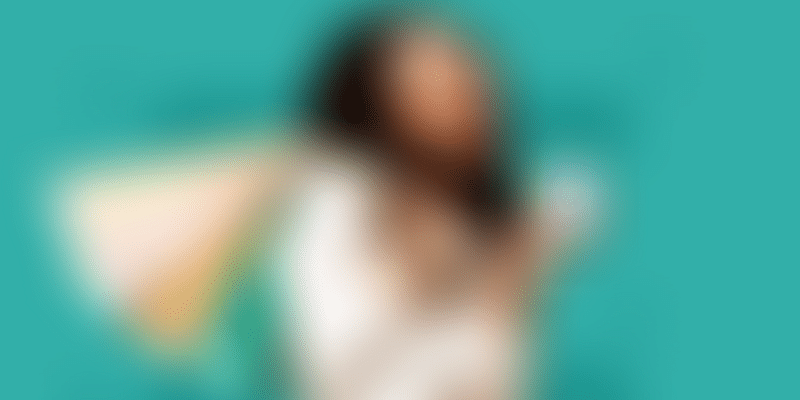 Pune-based EarlySalary is one of India’s fintech leaders. The instant lending platform has disbursed a million loans since 2016, driven by the rising need for short-term credit.

By many accounts, EarlySalary is India’s earliest consumer lending platform. When it launched in 2015-16, instant loans was a concept alien to most Indians.

Back then, not only was access to formal sources of credit limited, but loan disbursal was something only banks and NBFCs did. Also, rejection rates far outnumbered loan approval, thus limiting access further.

“When we launched our app, we had to first educate people about short-tenure loans,” Akshay Mehrotra, Co-founder and CEO of EarlySalary, tells YourStory.

Cut to the present, and EarlySalary is one of the leading fintech startups in the country. It recently surpassed a million loan disbursals, amounting to over Rs 1,850 crore.

The last two years have been particularly impressive, with monthly loan disbursals growing by more than 200 percent. This, despite the recent slowdown in the lending industry with many players shutting shop or selling out to bigger entities.

With a rise in loans disbursed, the startup’s revenues have shot up too.

EarlySalary ended last year with a Rs 275 crore balance sheet, and expects to increase it to Rs 800 crore by the end of 2020.

Almost 87 percent of its customers upgrade to larger loans after starting with “salary advances” - the startup’s primary product. That is where two-thirds of its customers originate, and a large portion of its Rs 10 crore monthly earnings come from.

But, what really made EarlySalary the success it is?

Given only about 7-8 percent of India’s population has access to formal credit, the platform’s quick-access loan products and a hassle-free credit scoring system managed to woo salaried millennials in metros and mini-metros. EarlySalary has grown to become the “first line of credit” for what, the CEO calls, “job beginners”.

It not only offers low-risk, low-interest loans with flexible repayment cycles, but also processes applications and transfers credit real quick.

“We deliver loans in just 10 minutes, This is possible because of our powerful automation processes. We are just a 250-people company managing 100,000 loans a month. It would take a traditional bank several thousands of people to operate at this scale.”

In four years, the startup has set up collection centres in 17 cities, with Bengaluru, Delhi-NCR, and Hyderabad topping demand. It has also managed to bring down the average delinquency rate to 0.6 percent, which is lower than the industry average.

EarlySalary sees maximum demand from individuals employed in the IT/ITeS, telecom, banking, and manufacturing sectors. The average monthly income of borrowers is Rs 40,000, and the average loan ticket size is Rs 1 lakh.

“These are usually people in their mid-20s, faced with a cash crunch at the end of the month. We want to help this young salaried individual to pay their deposit when they rent a house in a new city they have moved into to pursue a job.”

“But, if this customer wants to take a travel loan or an education loan or requires instant shopping credit, we will help them with that too. That then becomes our customer retention strategy,” he adds.

Even though salary advances remain its focus area, to diversify the product portfolio, EarlySalary acquired checkout finance platform CashCare in 2018. It allowed the company to roll out a feature that lets customers “buy now, pay later” at thousands of online and offline retail touchpoints across India.

In the same year, it also partnered with education financing company Avanse Financial Services to launch a first-of-its-kind “Digital School Fee” feature. It is targeted at parents of children from all socio-economic backgrounds. Users can avail instant education loans ranging from Rs 50,000 to Rs 3 lakh.

EarlySalary has also tied up with more than 3,000 merchant platforms, including Amazon, Flipkart, MakeMyTrip, and others to offer low-cost EMI finance to customers.

More recently, the startup launched a new tool to help customers check their financial wellness or monthly creditworthiness and learn ways to improve it.

In the initial years, EarlySalary grew through direct consumer products. But, it believes that the next phase of growth will be driven by corporate partnerships and B2B2C channels, including Xiaomi’s Mi Credit and Realme’s Paysa platforms.

Mi Credit is a newly launched lending marketplace, and EarlySalary is one of the lenders there. Given Xiaomi’s enormous reach in India, Akshay expects it to be an important channel of growth over the next few years.

On Realme Paysa, meanwhile, EarlySalary is the solitary loan disburser. Users can avail personal loans ranging between Rs 8,000 and Rs 1 lakh, and repay them in cycles of three to 12 months.

“We are powering the Paysa platform with our own product interface,” Akshay says. “With credit and payments becoming an important part of monetisation for companies, this will serve as a customer acquisition system for us,” he adds.

Not only this, EarlySalary has also roped in 450 corporate customers. It implies that HRs of these companies are recommending the startup’s salary advance products to its employees, along with setting up traditional salary accounts in banks.

The company aims to reach 750 corporate clients by the end of 2020, and that will enable it to fulfill a target of two million loan disbursals.

“We are looking to do some serious volumes this year, and grow the loan book by 3X. We have managed to stop the cash burn and start generating an income. Next is profitability.”

Does EarlySalary need more capital to fund its expansion?

Its last fund-raise was in 2018, when Eight Roads Ventures India led a Series B round of Rs 100 crore. Prior to that, the startup had also  raised $4 million in a Series A round from IDG Ventures India and Dewan Housing Finance in 2017.

Akshay says, “We have about Rs 170 crore of unburnt capital lying with us, and that should be enough… enough to build a solid financial services institution.”