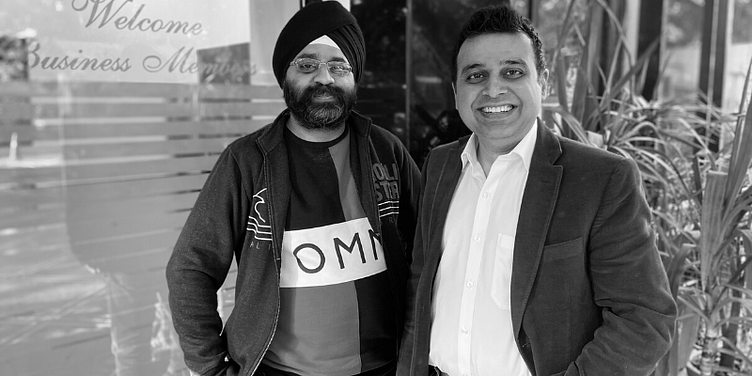 Founded in 2016, ReferHire, a HR tech startup, has a peer-to-peer platform that connects prospective candidates with companies that are keen to hire.

Hiring is a global challenge and despite technological advances in HR, organisations still have trouble finding the right candidates for their teams.

This Delhi-based startup believes that the entire recruitment process will shift from conventional job boards scenario to platforms similar to social networks, where an employer and a prospective candidate can interact towards mutual benefit.

Founded by Rohit Tewari and Jaspreet Oberoi, ReferHire is building transparency and efficiency in the entire process of hiring the right candidate. Rohit is the CEO while Jaspreet is the CTO.

Rohit, a serial entrepreneur, is also a recruitment expert who had previously founded an executive search firm.

He says, “In a typical hiring process, one recruiter is interacting numerous candidates externally and multiple heads internally. This results in fundamental inefficiencies in both transparency and processes.”

This, he explains, has created an environment where a majority of jobs are actually hidden and largely closed through referrals and the chances of a prospective employee’s CV getting noticed is remote due to its sheer volume.

“This is why recruitment is still considered to a broken area,” says Rohit.

ReferHire strongly believes that the hiring will shift to P2P networks, where non-HR executives will become the first line of contact with a prospective candidate.

Rohit says, “Just because a candidate looks at a company and does not find any available positions, it does not mean that the company is not keen on hiring the right person.”

He believes there could be multiple reasons why vacancies are not publicised. Often, a candidate may not receive satisfactory replies from the recruiting head. So, the quest is always to find the right contact.

“We are simply trying to build a product that simply replicates real life behaviour of a job seeker,” he says.

ReferHire has built its network leveraging Artificial Intelligence (AI) in a way that it enables a strong relationship online.

“We want to create that smooth user experience and also enable them to reach out to the right person. The underlying part of technology of recommending one user to others in terms of jobs or companies are underpinned by AI,” says Rohit.

ReferHire will help any professionals looking for a job or career opportunity. According to Rohit, once the user identifies the companies they are interested in, ReferHire will start introducing them to peers in those organisations so that they can look out for an opportunity.

He explains, “Unlike other networks, where there is no clarity on why the connect is being made, at ReferHire, there is a clear context on why people are getting connected on our network.”

Online networks like LinkedIn, Indeed, Monster.com, and Glassdoor have either broad functionalities or are focussed on a very niche segment. “We are creating a professional community that comes together in a hiring context,” says Rohit.

At the same time, organisations and companies also stand to gain from this network as they are able to engage with a large pool of qualified talent.

“It has generally been observed that any candidate recruited through referral is of better quality and there is a higher loyalty. Also, this results in lower cost in the entire hiring process,” says Rohit.

According to the founders of ReferHire, the internet economy has taught everybody one lesson – if any company scores high on transparency, it will make it big.

“P2P hiring model will be vastly superior to HR candidate model in terms of improving transparency. This is a $100 billion addressable market opportunity and our network is very scalable,” says Rohit.

Globally, the HR tech market is expected to touch around $34 billion by 2021 and almost $3.6 billion worth of this business is projected to come from Asia, including India, according to reports. It is also estimated that HR tech market is likely to double in size in the next four years in India.

Rohit claims that the ReferHire community has more than 600,000 professionals and 95,000 companies across various industries. It has generated around one million job views and matched over 225,000 jobs and candidates with each other. The startup also estimates to have placed around 5,000 candidates via its network.

The majority of the users on ReferHire networks are professionals with more than eight years of experience across various segments.

At present, the startup is focussed on the Indian market and plans to tap into the US market soon.

“We have grown so far through virality,” remarks Rohit.

ReferHire has raised an undisclosed amount of angel funding and is looking to raise fresh investment, which it will use in building a team to create a critical mass and innovate its platform.

Free for users, the platform also includes certain freemium services, through which it generates revenue. The startup also plans to launch a few advanced features, which will be monetizable.

ReferHire was also selected by Google for its Startup Advisors Programme, a high touch mentorship programme that provides one-on-one engagement with advisors from Google with a view to helping startups to scale.

“Our business model has been validated by the number of people and companies who have come onto to our network with the willingness to share information. We are creating that trust,” says Rohit.