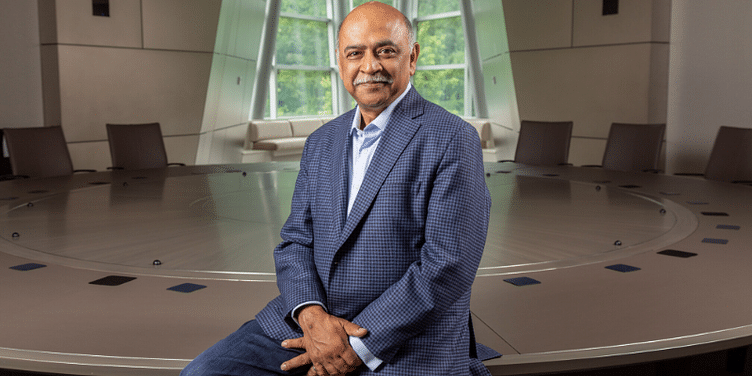 IBM, one of the most respected technology companies in the world and more popularly known as Big Blue has announced the appointment of Arvind Krishna as the Chief Executive Officer and member of the Board of directors.

This is the first time a person of Indian origin has been appointed as the CEO of IBM. Arvind joined IBM in 1990, and he will now be taking over from Virginia Rometty, who is currently the chairman, president, and CEO of IBM.

The 57-year-old joins the list of eminent Indians who have donned the top roles at leading technology companies in the world. The others in the list are Sundar Pichai, CEO of Alphabet, the holding company of Google; and Satya Nadella who heads Microsoft.

Arvind is currently the Senior Vice President for Cloud and Cognitive Software at IBM, and was a principal architect of the company's acquisition of Red Hat for $34 billion. His current responsibilities also include the IBM Cloud, IBM Security and Cognitive Applications business, and IBM Research. He has an undergraduate degree from the Indian Institute of Technology, Kanpur, and a PhD in electrical engineering from the University of Illinois at Urbana-Champaign.

Virginia Rometty, 62, will continue as the executive chairman of the Board and serve through the end of the year, and will retire after spending almost 40 years with the company. She became the Chairman, President and CEO of IBM in 2012. According to IBM, during her tenure, she made bold changes to reposition IBM for the future, investing in high value segments of the IT market and optimising the company's portfolio.

"Arvind is the right CEO for the next era at IBM," said Rometty. "He is a brilliant technologist who has played a significant role in developing our key technologies such as artificial intelligence, cloud, quantum computing and blockchain. He is also a superb operational leader, able to win today while building the business of tomorrow.

“Arvind has grown IBM's Cloud and Cognitive Software business and led the largest acquisition in the company's history. Through his multiple experiences running businesses in IBM, Arvind has built an outstanding track record of bold transformations and proven business results, and is an authentic, values-driven leader. He is well-positioned to lead IBM and its clients into the cloud and cognitive era,” she said.

On his appointment, Arvind Krishna said, “"I am thrilled and humbled to be elected as the next Chief Executive Officer of IBM, and appreciate the confidence that Ginni and the Board have placed in me.”

"IBM has such talented people and technology that we can bring together to help our clients solve their toughest problems. I am looking forward to working with IBMers, Red Hatters and clients around the world at this unique time of fast-paced change in the IT industry. We have great opportunities ahead to help our clients advance the transformation of their business while also remaining the global leader in the trusted stewardship of technology,” he said.

IBM tops US patent list for 2019 with over 9,000 patents, India second-highest contributor