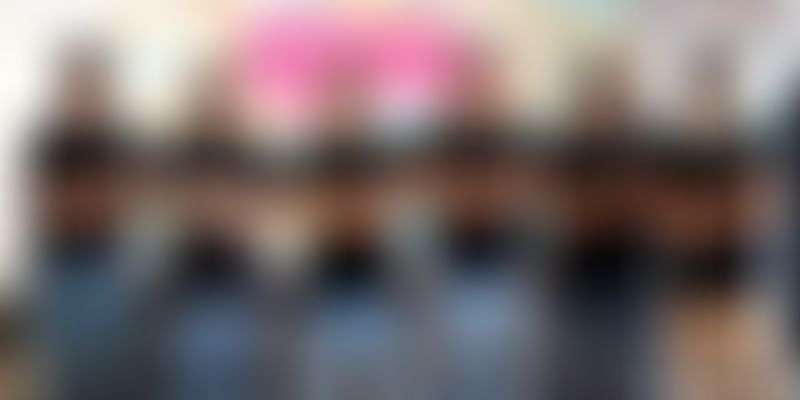 India has the world’s largest blue-collar workforce. Yet, until 2015, when WorkIndia started, the space was fragmented with job seekers struggling to match with recruiters. Here’s how it fixed that.

Kunal Patil, an NYU Stern School of Business graduate, had spent more than a decade in investment banking and financial services before starting ﻿WorkIndia﻿.

And, like most good creations, this too was born out of necessity.

Sometime in 2015, Kunal was on the lookout for data entry freelancers in Mumbai, and it turned out to be a struggle. Despite portals like BabaJobs and Quikr Jobs, job discovery and recruitment in the blue- and the grey-collar segment was largely broken.

This was primarily because unlike the white-collar workforce that relied on job sites, online ads, and other formal sources for information, blue- and grey-collar workers were dependent on informal references from friends or family.

There was no organised platform that could match these job seekers with relevant recruiters and opportunities. WorkIndia set out to fix this problem for a blue/grey collar economy that is said to be the largest in the world.

The startup built a fully automated platform that enables geo-tagged, dynamic, algorithm-based hiring that requires minimum or no human intervention.

Candidates, on the other hand, browse through job opportunities that match their skills and geo-location, and apply through a single click or a call.  Kunal explains,

“Earlier, candidates would apply for a job and wait for a revert, which could take days or months. We gave them the power to call an employer directly and set up a face-to-face interview to get hired. Employers too got a chance to reach the blue/grey collar segment digitally, which wasn’t possible earlier.”

Also, the advent of Reliance Jio in 2016 and its penetration into the nooks and crannies of India made it possible for blue/grey collar workers to gain access to affordable internet 24X7. The ripple effects of Jio have been felt in almost all sectors.

“When we started in 2015, we thought that the internet was a problem. But, Jio solved that. Now, the blue- and grey-collar individuals regularly use apps like WhatsApp, Facebook, and YouTube. What we are showing them is that besides entertainment, the smartphone can be used for finding a meaningful job too.”

Numbers back up the founder’s claims.

Earlier, in January, Swiggy partnered with WorkIndia to hire 1,000-1,500 delivery boys on a monthly basis through the platform. Grab, on the other hand, has been using WorkIndia since its inception.

“It has been four years now that we have been hiring from WorkIndia, and it has turned out to be the most efficient to do ground-level recruitments. Our business, being manpower-heavy, requires continuous hiring and WorkIndia delivers to the optimum.”

At present, WorkIndia has more than 12 million registered job seekers, of which 3.5 million are monthly active users. It records 8.5 million unique visits per month and processes 1.5 million candidate calls. This translates into 70,000 monthly hires, according to company estimates.

The startup claims that nearly 90 percent of India’s small and medium enterprises hire their staff on its platform. It has supplied recruits to nearly 760 cities in India.

“Our platform registers 125 million user events in a month. That makes us the largest blue- and grey-collar marketplace in the country," co-founder Jatin shares.

The startup has even launched its candidate app in eight regional languages to facilitate easier consumption at the job-seeker’s end. It is also employing AI and ML algorithms to analyse user behaviour and display more accurate job listings.

WorkIndia operates on a unique pay-per-hire model. As soon as a recruiter creates a post for a job, Rs 1,000 is credited in their WorkIndia Wallet. This amount is exhausted on a per-candidate-call basis.

Co-founder Lokesh Tiwari elaborates, “We deduct Rs 40 from the recruiter’s wallet every time they get a candidate call. They can recharge their wallet with Rs 2,000 after that. This plan allows companies to have one job listing at a time and guarantees two to three hires as per our math.”

It also offers corporate and enterprise plans that allow companies to have more flexibility and unrestricted access to candidates. This is suitable for multiple job listings and continuous hiring.

Even though WorkIndia has no additional revenue stream such as promoted ads (like on other job portals), it doesn’t rule out the possibility of one in future.

The company claims its monthly revenues have increased by 9.7X since March 2018. The CEO attributes this growth to the maturity of the ecosystem.

“Smartphone and internet penetration has made it easier for candidates to search jobs online, and, on the other hand, even employers have started coming online and posting jobs regularly,” says Kunal.

To tap into a wide tech talent pool that can further improve and optimise its product, WorkIndia shifted its headquarters from Mumbai to Bengaluru in the middle of 2019. Soon after, it has grown its employee base from less than 10 to 51.

Jatin says, “We are a pure tech company, and not tech-enabled like ecommerce or food delivery. So, there is no operational baggage. That has helped us grow faster.”

WorkIndia made it to Facebook’s FB Start programme for bootstrapped startups very early on. That gave it the initial push to take its product off the ground.

Later, in 2015, it raised $500,000 in a Pre-Series A round led by angel investors including Satyen Kothari, Founder of Citrus Pay, Vikram Limaye, MD and CEO of National Stock Exchange, and Keshav Sanghi, Founder of Ventureworks Investment.

In 2019, WorkIndia received Rs 24 crore (about $3.5 million) from BEENEXT, a Singapore-based tech-focused VC, and Asuka Asset Management, one of the largest hedge funds in Japan, among others.

Dirk Van Quaquebeke, Co-founder of BEENEXT, said at the time of funding, “We have been investing in WorkIndia for the past three years and will continue to do so, given the high growth and the cutting-edge technology products developed by them.”

More capital infusion is on the cards, and the startup plans to spend it on hiring talent.

“We always like to reiterate that WorkIndia is a fully automated technology company, which means that if our entire staff went on a holiday for a week, no function would be affected. But, Amazon or ﻿Flipkart﻿ probably cannot say that.”

Tall claims they may be, but WorkIndia’s unprecedented growth in the last few years, and its unmistakable impact on the livelihoods of blue- and grey-collar workers, leaves little scope for cynicism.