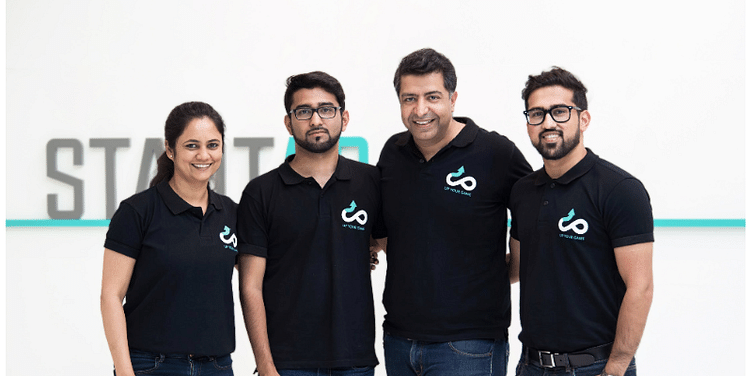 This year has been all about the emergence of deep tech startups whose offerings hinge on emerging new technologies like Artificial Intelligence (AI), Machine Learning (ML), Natural Language Processing (NLP) and the Internet of Things (IoT). Almost all industry sectors are being transformed as these technologies get integrated into day-to-day operations and processes.

The Human Resource Management (HRM) industry isn’t untouched by it either: from hiring and talent management to resource optimisation, employee engagement and performance management, etc., it is being revolutionised by these technologies.

At the same time, there’s been a spurt in HR tech startups over the past few years. Investor interest has picked up too. Tracxn estimates that between 2012 and 2016, over Rs 1,000 crore was invested by VCs in HR startups. Several players co-exist, and more are emerging.

One such HR tech startup is Bengaluru-based UpYourGame, which aims to solve the problem of attrition at companies by addressing ‘performance management’ with an AI and ML-based enterprise solution.

UpYourGame was founded in late-2017 in Dubai by Kishore Chand, Sofia Chand, Amogh Kamath and Tejas Kamath — folks with degrees and decade-long work stints in HR. The India entity was incorporated in January 2018, and the startup has grown to about seven people (excluding founders) since then. It has technologists, designers, ML experts, etc.

In 2013, when Kishore worked in the international business division of Etisalat (a UAE-based telco), he along with a colleague, who had rich experience in the hiring industry, would discuss “tech innovations” in HR. “We talked about all the revolutionary stuff that could be done, but never put our thoughts to action,” Kishore tells YourStory.

It was not until late-2016 when Kishore had quit Etisalat, founded and shuttered an ad-tech startup, that he decided to pursue HR tech innovation seriously. He teamed up with his wife, Sofia, and the colleague’s sons, Tejas and Amogh, to start UpYourGame. Tejas and Sofia are the “face of the company”, Kishore insists, and they “take the lead” in investor pitches, etc.

Tejas says, “We had a customer-first approach. Before we even finished building our product, we spoke to many chief human resource officers and identified their pain points.”

In the course of UpYourGame’s market research, a common refrain emerged: most employees happened to leave their organisations within a month or two of the appraisal. Attrition was the highest during this period.

“Almost all CHROs told us that employees felt their managers’ bias and unfair treatment get reflected in the appraisal ratings. They had issues with their managers, but the HR could not look at it objectively because of lack of data.”

It is this lack of data that the HR tech startup set out to fix with its solution that could track real-time employee performance, monitor feedback, analyse sentiments, set and cascade goals, predict behaviour patterns, and in essence, create a data pool that could be looked at without any underlying bias.

“I am 41, and when we had problems with our managers, we would at the most down a few drinks and get back to work the next day. But millennials today are not going to take unfair treatment. They will leave and they are.”

Seeing as how companies end up losing a lot of money when demotivated employees wait it out and quit after the appraisal, UpYourGame pitches a financial value proposition that resounded with CHROs.

“They want to impress their CXOs who are always looking at financials,” Kishore adds.

How the HR tech product works

UpYourGame’s product helps organisations to easily set goals and track employee performance in real time. Basic profiles of employees are pre-created in the software. There is a library of 2,300 goals and key performance indicators (KPIs) that enterprises can choose from. A recommendation engine that runs on ML algorithms can filter out KPIs that are irrelevant to an industry.

Voice-based entries are allowed too and NLP technology is used to decode the user’s voice inputs. Setting a goal is as simple as sending a WhatsApp message, Sofia observes, adding, “It is like sending a WhatsApp voice note. You hold a button, state a goal, leave the button, and it’s done.”

The other interesting product feature is performance prediction. So, depending on entries, feedback and other data captured, UpYourGame can predict an employee’s purple patch and allows managers to set goals accordingly. “The system will detect good form. We call this sentiment analytics. Managers can make the most of their employees when they are at their best,” Sofia explains.

UpYourGame was a part of StartAD, a leading UAE-based accelerator, where it got the opportunity to test PoCs and network with people. It also earned them pilot projects from two major enterprises in the aviation and BFSI sectors. “Both organisations have large workforces spread across countries. Hence, deployment is a complex process that can take 2-3 months,” Kishore says.

In India, UpYourGame has received an order from Hangyo, a regional dairy company in south India, which plans to test the product with its sales and marketing teams (with around 40 people). The startup is also in talks with multiple other enterprises at the moment.

The business operates on a conventional SaaS model. Enterprises can avail its solution at $25 per employee per year. It is the only business model so far.

The HR tech company has raised seed capital of about $200,000 from the families of founders and two undisclosed angel investors.

But, some challenges remain.

Even though the startup has managed to establish a need for its solution, changing status quo has been a challenge. HR managers who actually face the pain are not always in decision-making roles. And, that slows down adoption.

Kishore says, “People ask us how the integration will happen, will it be seamless, will it be secure, can it be hacked, etc. HRs are aware of the problems but are not always willing to make changes.”

There is a lot of inertia in the HR industry. Hence, getting the first 10 customers has become the startup’s immediate goal. “We can add more product features and solve more problems once we get there,” Kishore adds.