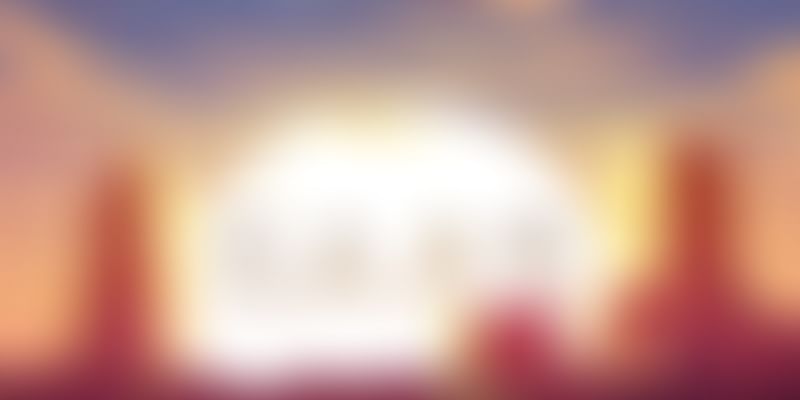 India-rooted SaaS businesses are in a prime position to be able to address changing software needs for SMB and mid-market companies in the US. Helping the SaaS sector extend and grow its footprint will unlock a treasure chest for India’s future.

The current state of India’s services and software industry is on thin ice. Business has slowed as the nature of their clients, and the way they do business has been changing at a rapid pace. This means there will be an impact on the fortunes of and jobs in the IT services industry — and, indeed, the broader economy. We are already seeing this play out around us.

But there may be a sliver of light among these clouds, one that has the potential to become especially bright. Before we get to that, though, let’s do a quick macro-level rewind of the Indian economy. One reason to do this is that we want to talk a little bit about jobs.

In the decades before the liberalisation of the early 1990s, low economic growth haunted a closed country with poor exports and incredible red tape. It was a different, difficult time, and the centrally planned economy limped along like a steam-powered train going up a hill station. Except the scenery wasn’t beautiful.

Post-liberalisation, India’s middle class rose, both as producers and consumers, and the country’s growth lifted millions out of poverty and into the much-vaunted middle class. But in the absence of large investments in infrastructure and manufacturing, and the relatively slow growth in exports, there was still a dearth of well-paying, cognitively demanding, and future-oriented jobs.

This is when the software services wave helped India and its young. What started as a business run over point-to-point leased data circuits bloomed into its own by the turn of the century thanks to the Y2K scare. If the first four decades of Independent India had its people dependent on its government and the public sector for secure jobs, the 1990s, 2000s and much of the last decade told a story of IT services supplying India with secure, well-paying jobs, changing the trajectory of entire families and the whole economy in a single generation.

The next big thing

Today, as the Indian IT services industry stares at a reboot as its business gets disrupted by the march of automation, there’s a sunrise sector — the sliver of light we referred to earlier —coming into being: the software-as-a-service (SaaS) wave, which is being termed a trillion dollar opportunity.

India-rooted SaaS businesses are in a prime position to be able to address changing software needs for SMB and mid-market companies in the US. Helping the SaaS sector extend and grow its footprint will unlock a treasure chest for India’s future.

Let’s break that down, with a little bit of background.

The rise of SaaS

Most of yesteryear’s software was of a variety called "on-premise". Basically, companies had to buy and run the software they wanted to use on their computers and servers, and this meant that only large companies with the finances and other resources were able to deploy computing and data for their business processes.

But in the late 90s, cloud computing rose to try to give smaller companies, and even larger ones that demanded more flexibility with their software, other options. Salesforce was the first major heavyweight to own this advantage over on-premise.

Labelling themselves as ‘no software’, they gave SMBs and mid-market clients the opportunity to deploy computing power, without going through the hassle of building their own servers, or having to pay massive deployment costs.

Soon, SaaS became the software of choice for more and more companies in the US and across the world.

In India, the rise of SaaS also meant something different, something more: if software didn’t have to be installed in person and could be deployed and managed over the internet, we could do it from here.

The first round of India SaaS

In India, Zoho was among the first wave of companies that used the cost arbitrage of India’s software talent, and the cloud advantage to build a massive business. Following Zoho (and literally from its ranks) came Freshworks and Chargebee, poster boys for another generation. But these weren’t the only ones. The list includes Wingify, Unmetric (acquired by Falcon), CloudCherry (acquired by Cisco), Attune, Indix (acquired by Avalara), PipeCandy, Klenty, MadStreetDen, Go Frugal, BrowserStack, iCertis, Druva, WebEngage, Clevertap, Zenoti, HighRadius, Rategain, and a whole host of others.

With these companies leading the way, there is now a surge of young SaaS players who are on the way to making India a SaaS powerhouse. The services wave of the 1990s and 2000s made sure that India continually invested in technology education, and that entrepreneurs and professionals already know the global services playbook. And with the rise of Indian SaaS, these very skills and experience will be put to use.

Paving the way for the second round

This week, India’s SaaS ecosystem converges in Chennai for SaaSBooMi, a ‘for founders - by founders’ event focused on helping the second round of SaaS companies from this part of the world. This is the second edition of SaaSBooMi, in which more than 400 companies are due to participate and learn from the founders of the biggest and most successful SaaS companies. The future looks incredibly bright for Indian SaaS companies and when the history of this industry is written, SaaSBooMi will be a key milestone for the next decade’s superstar job and value creators.

Gartner predicts that the public cloud services market will grow to $266.4 billion, up from $227.8 billion in 2019. Of this, SaaS will be the biggest contributor — forecast to grow to $116 billion in 2020. Though India has a very small share of that today, a recent Nasscom report said that the Indian SaaS market is estimated to hit $3.3 billion-$3.4 billion by 2022. This is line with a 2016 prediction from a joint report by Google and VC firm Accel, that India is likely to become a $10 billion revenue industry with an eight percent share of the global SaaS by 2025.

Community-driven events like SaaSBooMi are brilliant ways to grow this wave in scale and scope. But we can do more. Structural interventions from the government, including efforts to reduce bureaucratic friction around legal issues and taxation, can help stimulate a sector that is showing willingness to put in the hard yards.

India-rooted SaaS is primed to be the biggest mover of the Indian economy of the 2020s. It’s up to all of us to make this happen.