Working with web publishers, this adtech startup has notched up $10M revenue run-rate 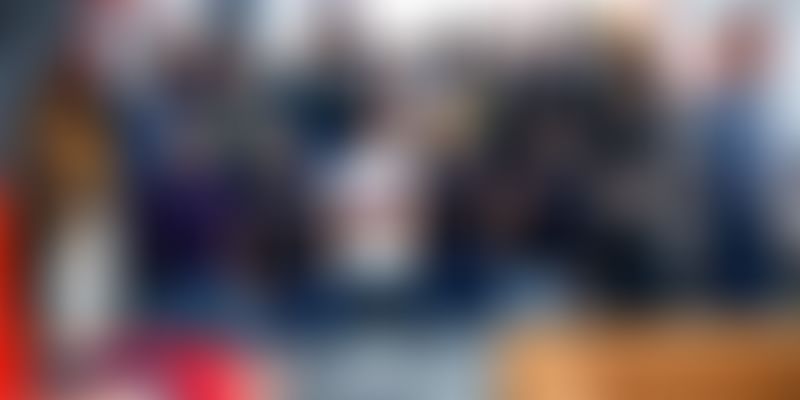 The digital advertising journey is a game mastered by Google and Facebook. While they take a lion's share of digital advertising, several publishers suffer because display advertising is broken with inefficient client-side ad auctions in real-time bidding, and there is rampant banner blindness. The problem is publishers don’t have the tools to measure and solve for this blindness.

Ankit, 30, a college dropout, had built a couple of web businesses before AdPushup, including a web infrastructure company in 2004 and an information security firm in 2007. At those ventures, the early team spent a lot of time optimising the cost-per-lead metric on AdWords, developed a landing page A/B testing system, and also worked on user-generated content websites monetised with Google Ads.

This helped him connect the dots to his current startup. While there were multiple optimisation tools for marketers, none focused on publishers, which, according to Ankit, is a sizeable market.

"We began with a hypothesis that A/B testing can be used to optimise ad layouts, something for which publishers had no tools to measure or manage. The team built a prototype to test this with a few early beta testers and almost all of them saw a sizeable uplift in ad revenue, with some of them even doubling their topline/ad revenue. Our impact in changing the trajectory of such businesses was so powerful that we decided to pursue this full time," says Ankit.

AdPushup's mission, according to him, is to help keep the world’s information freely accessible by enabling ad-supported web publishers.

At the time of their founding, no one was tackling the issue of revenue optimisation for web publishers directly. There were and continue to be ad networks and exchanges, such as Google and Media.net, but the execution was mostly handled by publishers themselves (who aren’t always well-versed with technology).

In the case of larger publishers who can afford it, dedicated in-house ad operations teams spent a lot on people to manage ads. Managing an ad stack requires technical knowledge and there is a lot of scope for optimisation via testing and experimentation.

In international markets, advertising technology is highly fragmented, with vendors specialising in solving a single problem such as layout management, ad fraud, and ad blocking. In India, ad tech companies typically limit themselves to being an ad network or an ad exchange.

Using machine learning, AdPushup offers a unique solution for publishers that sits as an optimisation layer between their ad network/ad exchange and website. It operates as a B2B SaaS startup.

“In 2014, we saw results from our initial tests and delivered double-digit revenue growth for early clients. Since then, we have evolved from A/B testing to a comprehensive ad revenue optimisation suite including features such as header bidding, ad mediation, ad refresh, user consent-driven adblock recovery, AMP conversion, and high-impact ad formats such as native ads, sticky ads, and docked ads,” Ankit explains.

Starting a blog in the early days helped the startup greatly with their inbound strategy, converting a lot of their blog subscribers into their first clients.

The core team didn’t come from an adtech background, and hence spent a lot of initial time understanding the market, the customer, and the correct approach.

"We had to build a robust solution to support different kinds of publishers. We iterated our solution 2-3 times. This was when we lost a lot of team morale, a co-founder, and some key team members. However, with a combination of luck and persistence, we found a product-market fit and subsequently, a business-market fit. There has been no looking back since," says Ankit.

In 2016, AdPushup raised an undisclosed Series A investment at a valuation of Rs 100 crore, led by Japanese adtech company Geniee, Inc, with previous investors also participating in the round.

Business model and looking ahead

AdPushup follows a SaaS billing model, wherein its pricing tiers and consumption is either based on a flat CPM fee or performance-based revenue shares linked to the publisher’s revenue. It claims to enjoy a high lifetime value (LTV)-to-customer acquisition cost (CAC) ratio.

The startup’s engineering is built around JavaScript and data science. The team has developed multiple patent-pending ad optimisation systems and solutions using ML. Being a Microsoft Ventures-backed startup, AdPushup uses the Azure platform and its stack includes React JS, Redux and Node.js. It uses Java, Couchbase, and MSSQL to process over 60 billion ad requests annually.

AdPushup is on track to grow 3x in 2020 and is already at a $10 million revenue run rate. Ankit says the startup is hiring aggressively across all functions and is looking to expand its presence in North America. The focus would be on the enterprise segment for larger deals.

AdPushup works with 300-plus web publishers globally and most of them are based in the US and Europe, including websites like Reddit, CNET, GSMArena. In India, some of the startup’s leading customers are Times Internet, NDTV, Network 18. It competes with AdThrive and Sovrn.