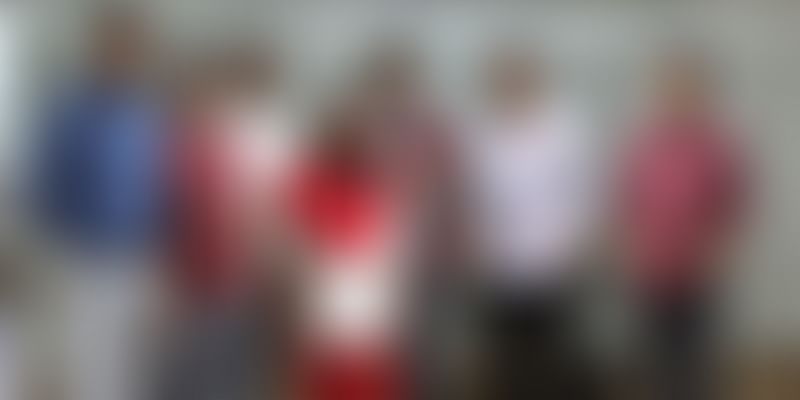 Nothing calls for attention like a billboard. No matter where you are, a tastefully done ad on a billboard can be eye-catching. And, if it happens to be a digital billboard, it definitely can be all the more eye-catching and attractive to the consumer.

Looking at these Anurag Soni, Founder of YourWeddingKnot, had wanted to advertise on one of the digital billboards.

“But when we wanted to advertise on such screens, we faced a lot of hurdles as it is an unorganised industry. Foreseeing wide opportunities for growth in such an unstructured market, we decided to make this adtech more consumer-oriented by modifying the ad delivering process and correcting the loopholes in the process,” Anurag says.

Thus, Anurag started Adverto to solve this problem. The platform is a marketplace for programmatic buying of digital billboard’s inventory and placing advertisements instantly through the cloud platform and displaying the right advertisement to the right target audience through Adverto’s cam-bot.

With Adverto, an online web-based platform clubbed with IoT device, users can geo-target their audience and increase their return on investment (RoI) on ad spends by specifically targeting a demographic. They also get a proof-of-play report as well.

"We have crossed the POC stage and are now in the process of connecting 100 screens in different cities in Madhya Pradesh,” Anurag says.

The device or cam-bot is installed on the digital out-of-home screens (DOOH screens), which gives it cloud functionality along with the vendor dashboard for vendors to manage their inventory. The associated screens with the devices installed are flashed on the 'Create Campaign' page. Here, advertisers can check details of the screen along with traffic details of the location.

"Even if the advertiser does not possess the video, they can still create the sideshow from the images, logos, and stickers,” Anurag says.

He adds that advertisers can create a campaign for a minimum of one day. They can also purchase it in real-time with the greatest ease possible. Just like Facebook and Google advertisements, advertisers can now have their campaigns placed on any digital billboards with just the click of a mouse.

Adverto was founded in 2018 in Jabalpur where Anurag was joined by Shrashabh Sahu, an IoT expert. Soon after, Sourabh Soni joined the team as the tech head, who Anurag met at an incubation centre in Jabalpur. Meera Kumari, the team’s UX Designer; Ashish Sharma, who was in sales, from Anurag’s stint in Mumbai with YourWeddingKnot, too, joined the team. At present, the startup has a team of seven people.

[Startup Bharat] How startups from small towns are giving their peers from metros a tough fight...

Digital advertising had its challenges. One of the major challenges was to find early adopters and make them understand the importance of advertising digitally out-of-home, and set examples for conventional advertisers. The team, initially, started with primary and secondary research and cold calling in various cities in MP to find them.

The next challenge was technology. Anurag says, “Our advertisers wanted to have a proof-of-play report since they couldn’t audit their advertisements playing on such distant locations. We solved this problem by developing our in-house device, which could control any such screens from the cloud, and generate proof-of-play reports.”

Another challenge for the startup was making the videos, which were initially outsourced, and took 15 to 20 days to get the same. To solve this, Adverto built a smart video assistant (image processing) feature on its platform, on which advertisers could use their pictures, embed logos, insert text, and use the startup's stickers to create a slideshow.

All the vendors or screen owners never took advertisements for less than 30 days as they had to go to distant locations and manually upload and delete the campaigns.

“We solved this problem through our device, which gives cloud control of the screen and automates schedule of the advertisements,” Anurag adds.

Media reports suggest that there was a 14 percent increase in ad spends in 2018-19, as compared with 2016-17. While the WPP advertising agencies focus on digital billboards, platforms like Fliphound and AdQuick are also in the same space.

However, Adverto is different. The startup focusses on Indian companies and brands. The business works with 10 to 15 percent of the margins on the transactions made online. The team charges a commission from the screen owners for bringing the startup's automated ads. “Soon we would be jumping to cost/impressions models utilising our cam-bots,” Anurag says.

Other revenue streams include the subscription of the device from screen owners for giving them cloud control. While Adverto’s team refused to share the subscription prices, it added that it has made a revenue of Rs 9 lakh since its inception. Some of its major clients include Smart City – Jbp, Jubilant Foodworks Ltd., CASE, Ashok Leyland, among others.

“Our clients utilise our technology in multiple ways such as publishing ads on LED billboards. Smart City asked us to count the number of people who participated in Kanwar Yatra through our cam-bots. We did that, and the same data was used for building a world record. Jubilant is using our device for internal communication apart from advertising,” Anurag adds.

Speaking broadly of its future plans Anurag says, “We are looking at expanding to different market geographies, age, and gender-based targeting in the DOOH industry. Wherever there will be an advertising possibility through DOOH, it would be done through Adverto.”