The World Economic Forum Annual Meeting 2020, taking place on January 20-24, will focus on establishing stakeholder capitalism as a way of addressing the world's greatest challenges.

As the rich and powerful from across the globe assemble this week in the Swiss ski resort town of Davos to discuss a 'cohesive and sustainable world', over 100 CEOs, as also some union ministers and chief ministers from India, would be present alongside actor Deepika Padukone and Sadhguru.

While Deepika will talk about mental health and other issues, Sadhguru will hold morning meditation sessions at the summit being attended by over 3,000 world leaders.

The World Economic Forum Annual Meeting 2020, taking place on January 20-24, will focus on establishing stakeholder capitalism as a way of addressing the world's greatest challenges, from societal divisions created by income inequality and political polarisation to the climate crisis we face today, the Geneva-based International organisation for public-private partnership has said.

From India, besides Deepika over 100 CEOs, as well as political leaders including union ministers and chief ministers will take part. Underpinning the meeting will be the Davos Manifesto 2020, a document that builds on the original Davos Manifesto of 1973, which set out for the first time the stakeholder concept that businesses should serve the interests of all society rather than simply their shareholders.

The Davos Manifesto 2020 provides a vision for stakeholder capitalism that touches on a range of important issues of our time, including fair taxation, zero tolerance for corruption, executive pay, and respect for human rights.

"Business has now to fully embrace stakeholder capitalism, which means not only maximising profits, but use their capabilities and resources in cooperation with governments and civil society to address the key issues of this decade. They have to actively contribute to a more cohesive and sustainable world," Klaus Schwab, WEF Founder and Executive Chairman said.

Among the initiatives to be launched at the annual meeting is one that aims to plant one trillion trees over the next decade, and to equip one billion people with the necessary skills in the age of the Fourth Industrial Revolution.

This year, over 120 of civic-minded young leaders will also join as members of the WEF Global Shapers, Young Global Leaders, and Social Entrepreneur communities.

The WEF said it will also welcome 10 leaders under the age of 20 representing the viewpoints of younger generations.

Adding a new dimension this year is the arts and culture festival. Running alongside the annual meeting, the festival will feature several sessions and immersive art installations, including those featuring the participation of the winners of the 26th Annual Crystal Awards and Cultural Leaders.

The WEF has said the 2020 meeting aims to give a concrete meaning to "stakeholder capitalism", assist governments and international institutions in tracking progress towards the Paris Agreement and the Sustainable Development Goals, and facilitate discussions on technology and trade governance. 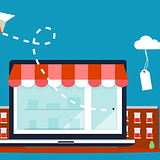