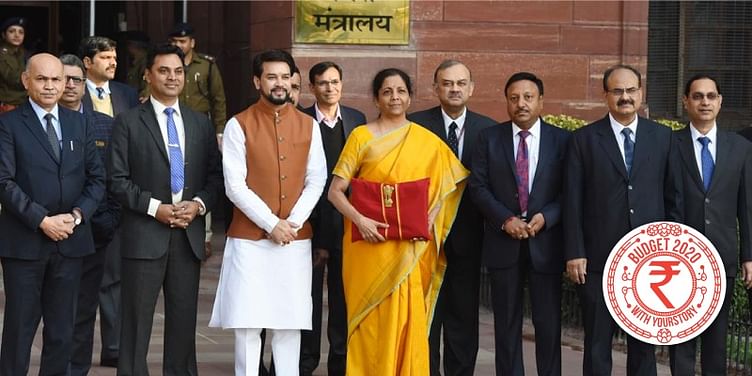 Budget 2020 announced that the Centre will spend about Rs 1.70 lakh crore on transportation infrastructure and develop 100 more airports by 2024.

Union Budget 2020 left no stone unturned when the government said that infrastructure development is the way forward. What became the longest-ever Budget speech in India’s financial history, Finance Minister Nirmala Sitharaman said, "We shall aim to improve the physical quality of life through the National Infrastructure Pipeline."

The government announced that Rs 100 lakh crore would be invested in infrastructure development, over the next five years.

Watch this video analysis of the infrastructure side of the budget with CBRE Advisory & Transaction Services.

It had launched the National Infrastructure Pipeline on December 31, 2019, with Rs 103 lakh crore, consisting of more than 6,500 projects across sectors that are classified as per their size and stage of development.

"The time for action is now. We see this as a positive Budget, and now the state governments have to implement this with private players. The sector, including real estate, needs to change," said Ram Chandani, Head of CBRE Advisory and Transaction Services.

The National Infrastructure Pipeline envisions improving the ease of living for each citizen of the country. It also brings in generic and sectoral reforms in the development, operation, and maintenance of these infrastructure projects.

Manish Sharma, Partner and Leader - Transport and Logistics, PwC India said, “The Finance Minister’s announcement on the National Infrastructure Pipeline, NSDC programme to help skill development in the infrastructure sector, PPP in passenger trains, and making MSMEs competitive have been in discussion for some time, and we are happy to note that the Budget has formalised this."

The Finance Minister also announced that a National Logistics Policy will be released soon, which will create a single-window e-logistics market, and focus on the generation of employment, skills, and making MSMEs competitive.

Udaya Bhaskar Rao Abburu, CEO and Managing Director, iRam Technologies said, “The initiative is to make the industry and commerce sector more technologically enabled, with an emphasis on building smart cities, as well as the reforms that will be added in the development and infrastructure policies are welcome. We will be working with the government to drive the smart city growth initiative through the deployment of our various IoT-based smart systems.”

While the government has been pushing for electric vehicles, however, the transportation industry was let down in this year’s Budget, with Sitharaman announcing higher customs duty for EVs. Companies importing electric vehicle components will now have to pay a duty of 25 percent, resulting in higher prices of their vehicles.

"The government has announced interest in setting up solar instalments across railway lines, which will help us draw power at a cheaper cost for the EV industry," says Sandeep Musti, Co-founder of ﻿Enercent Technologies Private Limited﻿.

Here are some of the key highlights: