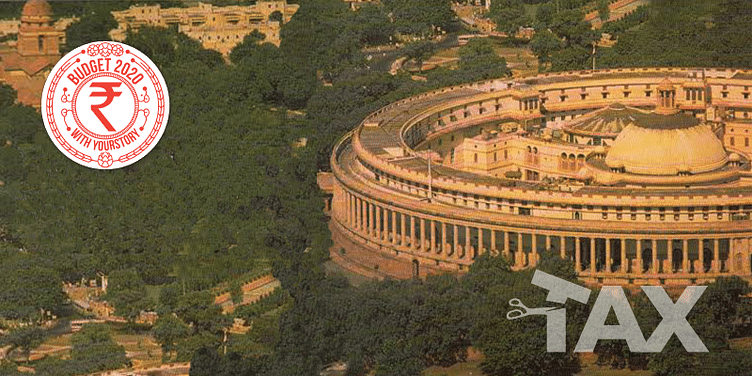 The government has slashed income tax rates across the board and proposed a new (but optional) tax regime in the Union Budget 2020. Here's what it means for the salaried middle class.

One of the highlights of Finance Minister Nirmala Sitharaman's nearly three-hour-long budget speech today was the income tax announcements.

It has left both experts and the common man a tad bemused. Drastic changes have been recommended by the FM starting in 2020-21 fiscal.

The government has proposed a new (optional) tax regime with revised slabs, but there is a catch. Those opting for the new rates will have to forego tax-saving exemptions such as long-term investments, LIC policies, house rent allowances, travel allowances, and more.

The FM said in her speech, "The new tax regime shall be optional for the taxpayers. An individual, who is currently availing more deductions and exemption under the Income Tax Act may choose to avail them and continue to pay tax in the old regime."

While calling for the "simplification" of the income tax system, she highlighted that 70 exemptions and deductions out of the existing 100+ will be removed from the Income Tax Act going ahead.

"We will review and rationalise the remaining exemptions and deductions in the coming years with a view to further simplifying the tax system and lowering the tax rate," Sitharaman said.

In order to provide "significant relief" to individual taxpayers, the government has slashed tax rates across income brackets. The new slabs are as follows:

The FM stressed that in the new tax regime, "substantial tax benefit will accrue to a taxpayer" depending upon exemptions and deductions claimed by them.

The government revealed that the new personal income tax rates will entail estimated revenue forgone of Rs 40,000 crore per year. At present, 17 percent of government earnings come from income tax collection, according to the Ministry of Finance.

"With the optional new regime, taxpayers will have to evaluate what works better. Those committed to long-term saving and investing via 80C may be discouraged, and this may likely demotivate taxpayers from tax-saving linked investing."

The FM has proposed adequate measures to simplify the tax-filing process.

"We have initiated measures to pre-fill the income tax return so that an individual who opts for the new regime would need no assistance from an expert to file his return and pay income tax," she said in her speech.

Additionally, Aadhaar-based verification of taxpayers will be introduced to improve tax compliance. “This will identify all those who are trying to game the system," Sitharaman said.

While the ramifications of the new tax proposals will play out in the next few months, observers reckon that most of the changes will add to taxpayers' benefits.

Citizens charter for tax departments was introduced in the 90s but now it is proposed to be put into the law and would definitely have more impact. Use of technology in improving ease of doing business like faceless appeals would further add to the benefit of taxpayers.

"Aside this, institution of tax charter in statutes seems to be introduced for direct taxes, this would be helpful for taxpayers to reduce tax harassment by officers and instil confidence in the bigger tax payers. It should be made applicable to indirect taxes as well."

Budget 2020: Funny tweets and memes that will leave you in splits