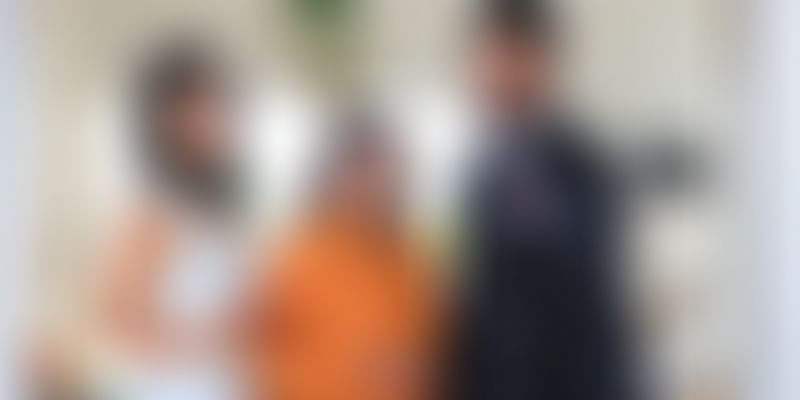 With over 60 pop-ups, food connoisseurs are flocking to Conosh, a platform for curated dining experience

Designers Anshumala and Vaibhav Behl have worked together with big brands like Louis Vuitton, Bulgari, and Christian Dior. Having been friends for over a decade, their love for travel and food took them to Europe and the Mediterranean, between 2011 and 2017.

During their travels, they came across the concept of community dining in countries like Greece, Turkey, Lebanon, Italy, and Spain. Hosted by families, it gave a curated experience to tourists wanting to taste a slice of the local culture.

The duo realised that both locals and travellers were ready to pay money to experience home cooking with a cultural ambience. This gave birth to an idea, and the duo found their third partner, Neha Malik, who had previously worked with Vaibhav.

The idea finally took shape and ﻿Conosh﻿ was started in 2018 in Bengaluru. It is a common platform where people come together and connect by sharing meals. While it provides a platform for home chefs to showcase their food, it is also bringing back the concept of community dining, which has been an integral part of our culture. Simply put, Conosh is all about making friends over food. The basic idea is to eat together, host pop-ups, and share stories with strangers.

Why Mukesh Bansal's startup Cure.fit is betting on groceries with Whole.fit

“We have realised the power of creating communities. We believe food is a great example of people coming together. The plan is to build a community of like-minded people and re-build the culture experience-based eating and eating together,” says Anshumala.

The co-founders did six months of extensive research on finding the right home chefs who could host guests and also give them a treat of the finest food.

The startup has something called a pop-up, where an interested person signs up on the Conosh website, and Conosh verifies the food and the experience of the host before putting it on their website for interested persons to book chairs for lunch.

The startup, with a ten-member team, has done 60 pop-ups to-date in Bengaluru, and also launched operations in Delhi and Mumbai in October 2019. It has done 13 pop-ups in Delhi and has managed two pop-ups in Mumbai till now.

The cuisine is unique to each of the India’s regions. The menu can be set by the host, and Conosh will train them on receiving and taking care of the guests.  The cuisines depend on the hosts (home chefs), and if there’s a special event (like thanksgiving, international tea day, Christmas, etc.).

“We’ve done regional Indian cuisines including Kodagu, goan, andhra brahmin, mangalorean veg/non-veg, awadhi etc., as well international cuisines including Dutch (for Sinterklaas day) and American (for thanksgiving) hosted by the expats. We are planning for a French one in Bengaluru soon,” says Anshumala.

The business of food

Conosh works on both B2B and B2C models. A meal for one starts at Rs 799, and the pricing is decided by both Conosh and the hosts. According to the startup, in the B2C and B2B model, around 80 percent money goes back to the chef. The marketing and the story telling for the chef will be done by Conosh on digital marketing platforms. The founders have so far invested a lot of money and hope to raise $2 million by the end of the year. They do not want to disclose their investment.

The startup also has two kinds of B2B partnerships. One is called Homemade by Conosh - Corporate Collaboration, and another is Conosh - Brand Partnerships.

The startup launched Homemade by Conosh - Corporate Collaboration in October by curating table stories for CoWrks. So far, it has executed 20 plus such corporate tie ups through this brand.  Some of its clients in the segment include Amazon, CoWrks, WeWork, Yellow Messenger, Viacom18, Ninjacart, and Ask Wealth Advisors, where the top management organises lunch meetings with these home-made experiences.

The startup also has Conosh - Brand Partnerships. “Brands see us as a platform to reach their customers in an up, close, and personal way, amidst free-flowing conversations, brands seamlessly become part of the experiences. Some of the brands we have collaborated with are Hoegaarden (AB InBev), Chaayos, 6Fields beer, Kotsberg beer, Ampersand Wine (from the family of Big Banyan), Bohemian house, Third Wave, and some startups like 10 Cuts of Cheese, GWEN, etc.,” say Anshumala and Vaibhav.

As cloud kitchens are fast catching up in India, Conosh currently competes with companies like Yellow Tie and Cross Border Kitchens, which also want to fulfil experiences.

This year, Conosh plans to significantly enhance its business. According to the startup, the key focus is to improve discoverability for its customers and improve their experience by deeply working on UI/UX.

Conosh also wants to create a customer engagement platform by allowing people to write testimonials and sharing the same on social media. It also wants to simplify the hosting and booking process, and a new website is also on its way.

“We are targeting 250-300 pop-ups within the first six to eight months. We are planning to expand our community by continuing to focus on referrals, amplifying digital and  offline media. We will also be focused on penetrating deeper into existing cities of Mumbai, Delhi, and Bengaluru," says Anshumala.

The startup is planning to organise a new programme called ‘Traveling Home Chefs’ beginning 2020. The home chefs would be traveling across geographies to host their food pop- ups in India. For example, a German traveller in India could rent a house to cook German food for Indians.

“In terms of Homemade by Conosh, we are looking to serve 1,000-1,500 people by second quarter of 2020. To put numbers in perspective, we would say 20-30 pop-ups at any weekend running in parallel in full capacity, and our Conoshites making friends over food,” says Vaibhav.